We kind of hope they get together pretty soon.

Despite two eliminations from The X Factor this weekend, it’s hosts Olly Murs and Caroline Flack that are getting the most attention following the show.

The pair have been known to have a bit of a flirt on TV, and during Sunday night’s results show, Olly performed his new single.

END_OF_DOCUMENT_TOKEN_TO_BE_REPLACED

While viewers reacted positively to his performance, what happened next nearly sent Twitter into meltdown. 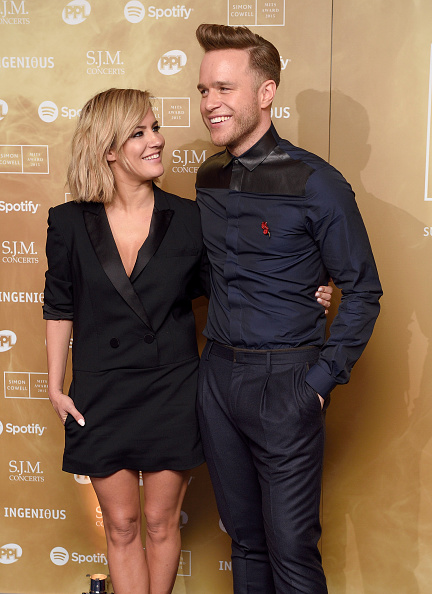 The pair pictured together recently.

The cheeky chap dropped kisses over and over again on to Caroline’s cheek and at one stage, viewers were nearly jumping out of their seats when it looked like the two were going to have a full on kiss.

They didn’t… But we live in hope.

when are Olly and Caroline gonna realise they are made for each other and just get together please — Abi Mason (@abii_mason) November 22, 2015

@carolineflack1 You and Olly were fantastic tonight but how on earth did you not kiss him?

Are Caroline and Olly married yet? — becky (@LawrenceWicked) November 23, 2015

Erm did Olly and Caroline just nearly kiss?! Flackers you best stay away from my Olly — alicee (@AliceeHooper) November 22, 2015

@HarolineFlack @ollyofficial too cute Olly kissing her on the cheek,blates both went in for a full lip kiss!! cutest couple! Get married

my obsession for Caroline Flack and Olly Murs is not healthy — ciara (@fairytalemma) November 23, 2015

This be the year for Olly and Caroline I swear thoses kisses he was going kiss her — Aoife (@lostirishgirl) November 22, 2015

I wish Olly and Caroline would just get together #XFactor

Olly Murs and Caroline Flack have to be dating, their just too cuteeee

popular
Adam Collard opens up on dating life since Paige Thorne split
Gaz Beadle reveals his wife Emma McVey is undergoing heart surgery
Mum who lost baby after home birth claims maternity hospital failed to share medical details
Gwen Stefani reportedly pregnant with baby number four
Man claims to have found infant remains near Bessborough site in the 90s
North West has just landed herself her first Hollywood film
Why Are Men so Obsessed With Boobs? The Answer is Pretty Surprising...
You may also like
3 days ago
Pamela Anderson felt 'violated' by sex tape TV series
1 week ago
X Factor contestant Katie Waissel plans to sue Simon Cowell
2 weeks ago
Coronation Street and Love Actually actor Wyllie Longmore has died after cancer battle
1 month ago
ITV boss responds to calls for Jeremy Clarkson to step down from Who Wants To Be A Millionaire
2 months ago
Place In The Sun star Jasmine Harman tears up during emotional episode
2 months ago
'Neighbours' set to return to UK screens in sensational comeback
Next Page