Who will be replacing Caroline Flack on Winter Love Island? Let the speculation begin

The presenter, who has been a part of the show since it returned to ITV in 2015, said that the programme was "my world," but that she had made the decision to stand down.

END_OF_DOCUMENT_TOKEN_TO_BE_REPLACED

"However, Love Island has been my world for the last five years, it’s the best show on telly."

"In order not to detract attention from the upcoming series I feel the best thing I can do is stand down for series six. I want to wish the incredible team working on the show a fantastic series in Cape Town." 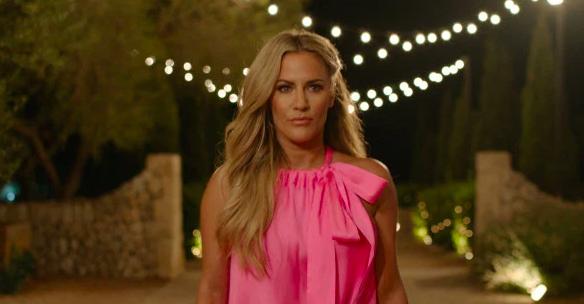 END_OF_DOCUMENT_TOKEN_TO_BE_REPLACED

So, who exactly will be replacing her?

While we aren't privy to such top secret information just yet, the internet is (naturally) awash with rumours, speculation, and general gossip as folks desperately try to figure out who will be taking over the slow-motion villa walks this time around.

Here's who could very well taking over hosting duties.

END_OF_DOCUMENT_TOKEN_TO_BE_REPLACED

TV presenter, radio DJ, and the youngest ever person to host the MOBO awards, Maya Jama would be an incredibly decent shout for Winter Love Island.

Having presented the first series of Channel 4's The Circle just last year, Jama knows her away around a reality TV set.

She's also the name that everybody's been mentioning since Flack's announcement. No smoke without fire, etc.

Ever since Maura shared that topless photo of herself beside an infinity pool with the caption: 'Do one winter...' people have been losing their minds.

And rightly so, because if Maura isn't replacing Caroline - or at least mildly involved in the series - then she is absolutely baiting us to bits.

You gotta respect the hustle.

Despite this, Maura is currently in training for the upcoming series of ITV's Dancing on Ice, and although she could very easily pull out and present Love Island instead, we're not entirely sure just how probable that is.

Class gal, great presenter, and girlfriend of none other than Love Island VO guy Iain Stirling, Laura Whitmore could - and should - fit right in at the Love Island villa.

She's also not currently taking part in Dancing on Ice so, you know, there's that.

Actor turned presenter Emily Atack has had quite the year thanks to her appearance on I'm A Celebrity, Get Me Out Of Here last year.

Rocking up again to host Extra Camp, she's proven herself to be more than capable when it comes to grilling folk about their behaviour, as well as dragging the juicy goss out when needs be.

She's an underdog, but she could just surprise us all.

Winter Love Island is due to kick off early January 2020.

popular
Kylie Jenner shuts down claims she used her children to cover up for Balenciaga
Zendaya and Tom Holland are being flooded with rumours they're engaged
Fundraiser set up for boy attacked by pit bull in Wexford
The trailer for Channel 4's Vardy V Rooney: A Courtroom Drama has dropped
It looks like Harry Styles and Kendall Jenner could be getting close again
3 simple tips to get your nails in shape ahead of Christmas
Tasha Ghouri makes it clear that she and Andrew Le Page aren't engaged... yet
You may also like
1 day ago
"I've got nothing to hide": Ekin-Su confronts Davide over afterparty video
5 days ago
Love Island: Davide "not surprised" by Gemma and Luca's split
1 week ago
Love Island's Chloe and Millie have moved in together after splitting from Toby and Liam
1 week ago
Love Island stars rush to support Luca Bish after his split from Gemma Owen
1 week ago
Luca Bish addresses Gemma Owen breakup
3 weeks ago
Dami Hope and Indiyah Polack set to move in together
Next Page