The show is in talks with the popular TV host.

With two episodes left in the current series of Saturday Night Takeaway and Dec having confirmed the show will go on without his longtime co-host Ant McPartlin, questions over whether or not Dec would have another co-host to finish out the season are still being asked.

Well, according to reports a stand-in has been found in the form of James Corden.

The presenter of the US hit talkshow, The Late Late Show, has seen huge success across the pond and is apparently in talks with ITV to fill in on the final show of the season. 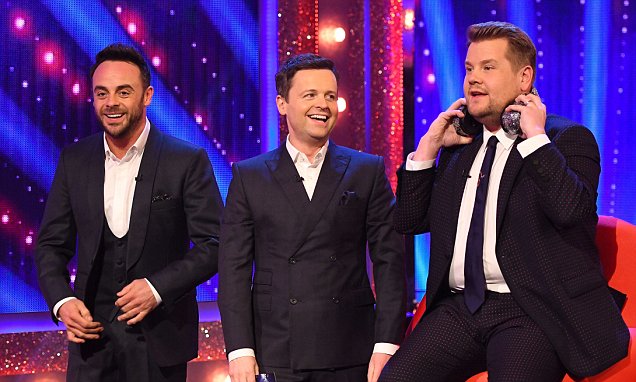 END_OF_DOCUMENT_TOKEN_TO_BE_REPLACED

As planned, Dec will be hosting by himself on this week’s edition of the show for the first time in its history. However, according to The Daily Star, it’s looking likely that James Corden could be joining him for the big finale in Orlando on April 7.

This comes just after James appeared on the show as the guest announcer and was unsurprisingly a hit with audiences.

Currently based in LA, reports suggest that ITV want to fly James out to Orlando for the finale which is to take place in the Universal Resort.

END_OF_DOCUMENT_TOKEN_TO_BE_REPLACED

Also expected to appear in the finale are Dwayne Johnson and Bruce Willis, as well as regulars Scarlett Moffatt and Stephen Mulhern.

The news all comes after ITV confirmed Ant would be stepping away from the show to return to treatment for alcohol and drug addiction after he was arrested for drink-driving last week.

Girls With Goals || Her · Ep.156: 'Beauty Returns' - Rebecca O'Keeffe is BACK and we're talking about viral beauty trends
popular
Hilaria Baldwin thanks "special angels" who brought daughter Lucía into the world
Tried and tested: I tried the viral TikTok mascara hack to see if it really works
Baz Ashmawy announces birth of first grandchild
"Let kids explore" Emma Willis defends son Ace's self-expression
Why Meghan Markle - and other royals - call the royal family 'The Firm'
Pippa Middleton pregnant with second child, confirms Carole Middleton
Palace source says THIS incident on the tour of Australia upset Meghan's staff
You may also like
3 weeks ago
Gina Carano has reportedly been fired from The Mandalorian
1 month ago
Netflix’s new true crime doc examines one of the most infamous serial killers in US history
1 month ago
This Morning interview with Graham Norton goes disastrously wrong
1 month ago
Did you spot this? Bridgerton's Claudia Jessie also starred in Line Of Duty
2 months ago
New series of Reeling In The Years to air on RTE this spring
2 months ago
"Calling new islanders": Love Island is now casting for next season
Next Page