Will Ted Hastings die in the Line of Duty season six finale?

Line of Duty has been dominating our screens as of late. Ted, Steve, and of course, Patricia - the AC-12 guys are all anyone's been talking about for the past while, and with good reason.

The BBC show came back with a bang earlier this year for its sixth, and potentially final, instalment. The programme has long been tipped as the best British TV show of all time, and with that cast, those cliffhangers, and the severe amount of 'Sorry WHAT?' moments we've had over the past few years, it's not difficult to understand why. END_OF_DOCUMENT_TOKEN_TO_BE_REPLACED

With a popular series comes fan theories, and Jesus Christ, if we haven't had our fill of them this season. From the recognisable prison guard to speculation around that shootout, Reddit has almost been as entertaining as the show itself - and undeniably, the season finale is going to be no different.

This time, it's Ted that fans are theorising about - more specifically his fate, and whether he's going to survive at all.

On Sunday night's episode Hastings, who has naturally succumbed to a few bent occurrences in the past, made a seemingly throwaway comment that some viewers have taken to mean his demise may be imminent.

After the team's interview with Joanna, Ted lashed out at new supervisor Patricia, accusing her of not asking the right questions in their search for the true identity of 'H'.

While leaving the floor, he runs into Steve and utters the following: "Sometimes you don't lose, son. You just run out of time."

And while Ted may simply be detailing his departure from the force, some fans have taken Hasting's words to mean that he will, in fact, be killed off on next Sunday's finale episode.

If anything happens to Ted in the next episode i will FUME #LineofDuty pic.twitter.com/Ov4fbqtAsy

The stress Ted was showing, I swear if he has a heart attack or something next week I’m gonna cancel my tv license #LineOfDuty #lineofdutyday pic.twitter.com/9yr6Zt2zf0 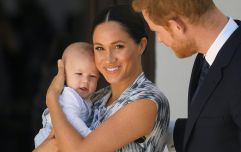 END_OF_DOCUMENT_TOKEN_TO_BE_REPLACED

The trailer for Sunday night's episode shows a shoot out between coppers as they finally close in on the elusive 'H', but will everybody survive the mania?

And more importantly, will Ted still be around to drop his iconic one liners? We can only hope so.

Line of Duty continues this Sunday at 9pm on BBC One.

Girls With Goals || Her · Ep.160: The Beauty Of Coaching - Hayley Harrison joins us from Sport Ireland
popular
The countdown is on! 10 things we'll be racing to Penneys for when they open
Someone has ranked the penis size of men from all over the world
Love is dead... Shakira and her husband Gerard have reportedly split
Doctors warning young people against 'sun cream contouring' TikTok trend
Penneys shopping by appointment booking portal is now live
More footage of Tristan Thompson cheating on Khloe has emerged
James Franco Has Opened Up About His Relationship With Lana Del Rey
You may also like
1 week ago
Netflix's YOU season three officially wraps filming
1 week ago
Women of colour made history at last night's Oscars
1 week ago
Here's the full list of winners from the Oscars 2021
2 weeks ago
The full list of all the new shows and movies coming to Netflix in May
2 weeks ago
This LA company is hiring a professional party starter
2 weeks ago
New RTÉ series goes behind the scenes at the DSPCA and it looks ridiculously adorable
Next Page