Lindsay made the harrowing discovery shortly after moving in.

A TikTok user has gone viral after she posted a video of a secret passageway in her 148 year-old house.

Lindsay Grummett shared footage of the home she recently moved into with her 567,000 followers on the platform. 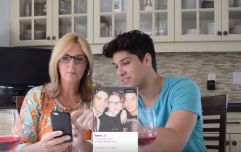 Gay twins give mother full control over their Tinder

END_OF_DOCUMENT_TOKEN_TO_BE_REPLACED

On the tour of her home, Lindsay takes the viewer upstairs.

From there, Lindsay points to an old door at the bend in the stairwell, just before it reaches the top floor.

The door sits a few feet below the top floor, and when Lindsay opens it there are some stairs leading elsewhere.

Most of the stairs, however, are blocked off by a makeshift barrier. 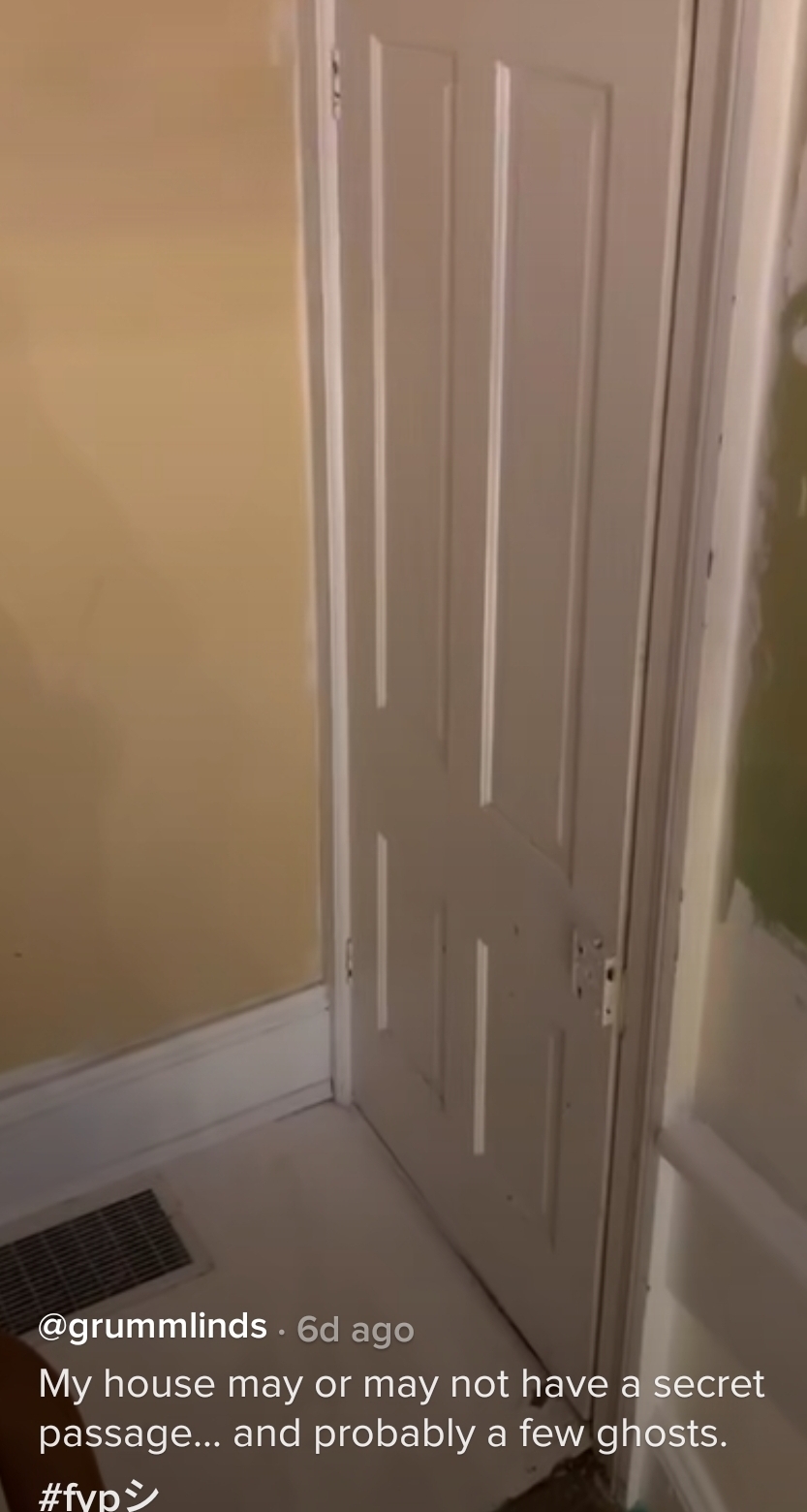 "There are some stairs that are blocked off in here," she explains. "And there are also some very retro stickers."

Indeed, the other side of the door is decorated with stickers from old TV shows. 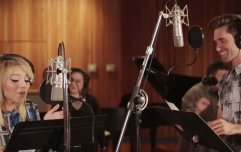 END_OF_DOCUMENT_TOKEN_TO_BE_REPLACED

"I have no idea what's back there, let me know if you think I should try and find out."

In a follow-up, Lindsay tells her followers that she hasn't had the courage to check out the passageway by herself.

"I'm a big baby, and so is she," Lindsay says, gesturing towards her dog.

"And all of you commenting about ghosts and spirits, and all the kinds of weird shit that might arise when I go into that space - I'm not willing to do it alone." 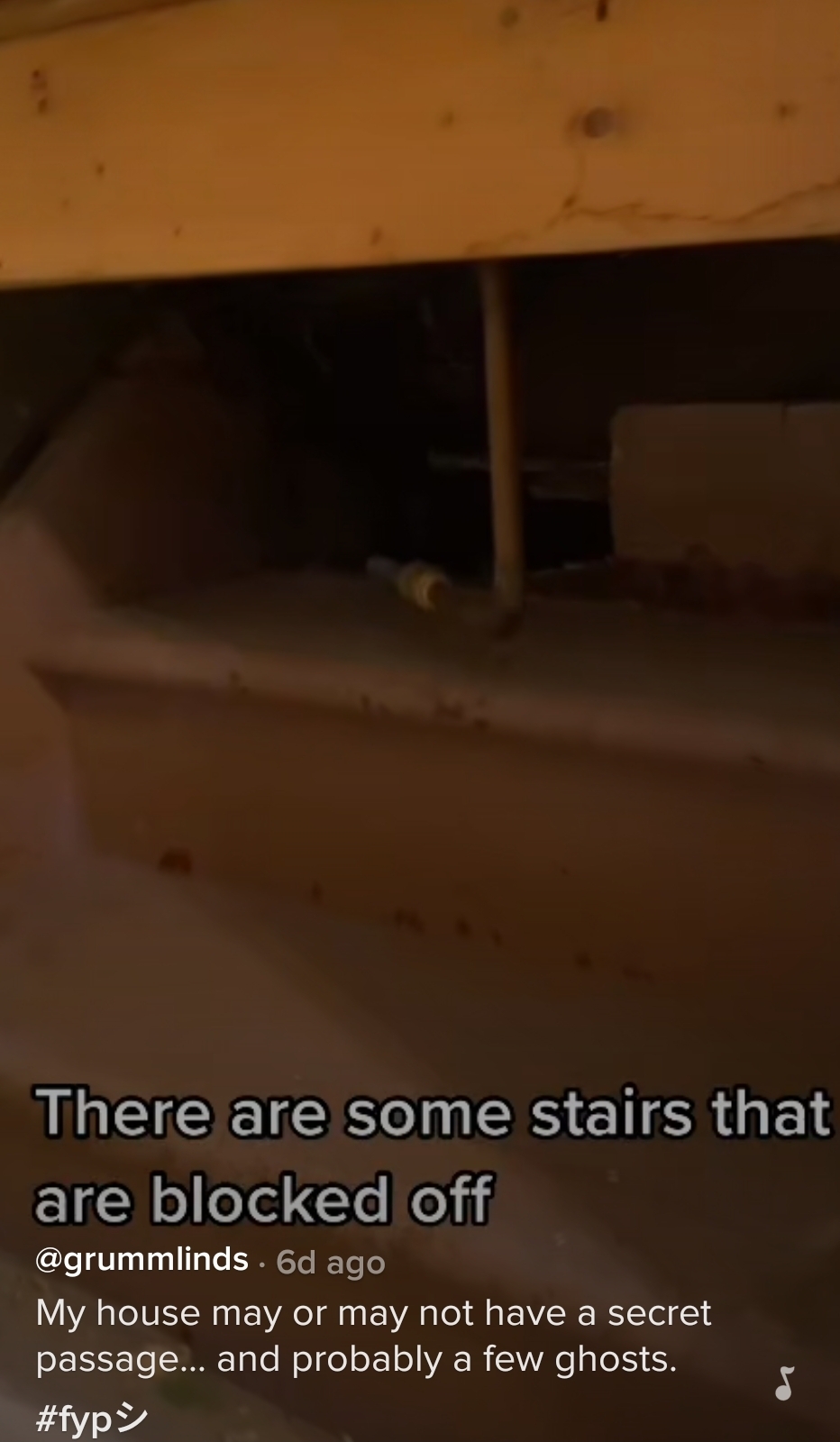 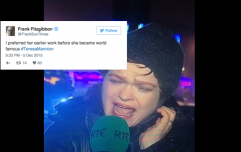 END_OF_DOCUMENT_TOKEN_TO_BE_REPLACED

She added that she will check it out fully when her boyfriend returns.

The full video is available to watch on her TikTok page.

Lindsay isn't the only one to go viral for making a discovery in her home. Just last week, a British man racked up the likes on Twitter after discovering that what he thought was a "fake cupboard" was actually a dishwasher.

Who knew our homes could be so full of surprises?

Girls With Goals || Her · Ep.161: Feeling Peachy - Sharon Keegan of Peachylean on being an absolute BOSS!
popular
Britney Spears' dad Jamie says he is "sorry" to see daughter in pain
Nearly half of men think 36 is "too old" for women to have a baby in UK
Friends fans spot massive body double blunder in episode rewatch
Footage of Britney performing with "102 fever" goes viral after star's court address
Drake Bell pleads guilty to attempted child endangerment after arrest
Woman escorted from Disney World for "inappropriate" top
Aldi's new garden collection includes massive waterpark, slides and 14ft pools
You may also like
2 weeks ago
Woman takes five year long revenge on her ex, and it's inspired
2 years ago
This MUA transformed herself into Squidward using a CONDOM
2 years ago
This incredible video makes us want to visit Northern Ireland IMMEDIATELY
2 years ago
This Irish woman's stunning tribute to Dolores O'Riordan looks set to go viral
2 years ago
The sad reason why viral gymnast, Katelyn Ohashi, isn't on the USA Olympic team
2 years ago
Katelyn Ohashi is a gymnast and her UNREAL routine is breaking the internet
Next Page