Lads, you're in luck.

He got a free two-week holiday in the sun, met a wonderful girl, and won £25,000 in the process. Things aren't bad if you're Greg O'Shea!

After winning Love Island with his partner Amber Gill, the Limerick man has become a national treasure due to his easy going nature, gentlemanly demeanour and positive attitude. 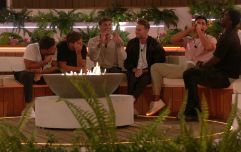 END_OF_DOCUMENT_TOKEN_TO_BE_REPLACED

Granted, after the ordeal that Amber experienced with Michael, the Irish rugby sevens player felt like a breath of fresh air as his morals and principles made him a firm favourite with viewers.

Aside from this, Greg seemed to genuinely like and respect Amber.

Case in point, he didn't make a big deal out of their first kiss, and he constantly called Amber's father 'Sir' when he entered the villa.

As if that wasn't enough, he also wrote Amber a cheeky poem for the season finale. Fair play to him.

END_OF_DOCUMENT_TOKEN_TO_BE_REPLACED

Well, after seeing some extremely questionable behaviour from the male contestants on this year's show -  cough, cough Jordan - it was a nice change of pace to see a person like Greg win.

In fact, after charming viewers in the villa, plenty of single women fancy a trip to Limerick in the hope that they can meet a fella that's like this year's Love Island winner.

Here's hoping that they're successful.

Planned trip to Ireland on Thursday, might make a stop in Limerick to pick me up a Greg before heading home #LoveIsland @GregOShea6

Me on my way to Limerick to find myself a Greg after that poem #LoveIsland pic.twitter.com/ja5P2oB78o

Yep, we can't disagree with this sentiment below.