The trailer for the new Australian survival movie, Gold, dropped on Tuesday and fans are barely recognising the actor.

END_OF_DOCUMENT_TOKEN_TO_BE_REPLACED

In the clip, the 34-year-old can be seen wandering around a vast desert, covered in dirt and looking particularly rough and gritty.

Zac plays the role of Virgil, a man who wanders into the Australian outback with his friend, Keith (Anthony Hayes). Together, they discover a massive gold nugget, and will do whatever it takes to excavate it.

END_OF_DOCUMENT_TOKEN_TO_BE_REPLACED

While Keith goes to get supplies, Vrigil is left behind to guard the gold, but the outback is not a safe place for anyone to be alone.

The film focuses on the character as he attempts to cope with the cruel desert climate, diminishing food and water supplies, and his own loneliness.

It's an eye-opening examination of greed, obsession, endurance and the devastating impact humans have on the environment (something Zac himself is well-versed in).

Sharing a short video clip to his Instagram, Zac said: “Filming this was brutal — but I love this sh*t. So proud of everyone involved, and thank you to everyone who has watched so far." 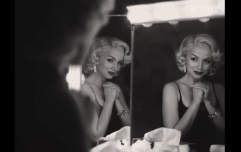 END_OF_DOCUMENT_TOKEN_TO_BE_REPLACED

He also revealed one of the things he loved most about filming was the stunning Australian wilderness.

"I’ve never been anywhere quite like it, to be honest. When we drove out to the location, I was blown away by the scenery, the vibe and the feel of the area.

"It was unbelievably beautiful. It was mesmerising. Very desolate and dry and very harsh conditions."

The last time we saw Zac on the big screen was when he took on the role of prolific serial killer Ted Bundy in Extremely Wicked, Shockingly Evil and Vile. It's fair to say the actor has been drawn to darker roles as of late.

Gold doesn't have a UK and Ireland release date just yet, but it will presumably land later this year.

popular
Vogue Williams slams man who refused to swap seats with her on plane
This is why the world is obsessing over Adidas Gazelles
Are we getting a mini heatwave in September?
Phoebe Bridgers and Paul Mescal go sale agreed on West Cork home
Ryanair, easyJet and BA issue warning to anyone boarding with smart bag
Scarlett Moffatt slams 'disgusting' pap for sneaking into hotel to take photos of her
Green Party representative calls for a temporary ban of stag and hen parties in Ireland
You may also like
3 months ago
Pirates of the Caribbean creators not ruling out Johnny Depp's comeback despite trial
4 months ago
WATCH: New camera angle shows Jada Pinkett Smith's reaction following Oscars slap moment
4 months ago
Will Smith was asked to leave Oscars but refused to leave, Academy says
4 months ago
Will Smith apologises to Chris Rock for slapping him at Oscars
4 months ago
WATCH: The trailer for Where the Crawdads Sing is here
4 months ago
Sneak peek: See the first images of Daisy Edgar-Jones in ‘Where the Crawdads Sing’
Next Page