Ever Had an Argument with a Friend Over Your Children? You’re Not The Only One!

As women we can sometimes be very judgmental about our friend’s parenting choices but a whopping one third of us have fallen out with a friend after arguing about our kids.

Meanwhile, 23 per cent of parents confessed to taking their child’s side in an argument with a friend, while just under a quarter of those polled fell out with a friend after questioning their parenting decision.

The study, which was conducted by British company MyVouchers.co.uk, polled 1,358 parents about their relationships with other parents.

Parents fall out with their friends over their parenting decisions

Mark Pearson, chairman of the company said: “It can be uncomfortable when you get yourself in this situation as a parent, as different views on parenting choices in particular can cause disagreements between friends; and nobody wants to hear that they’re making the wrong choice when it comes to their children." 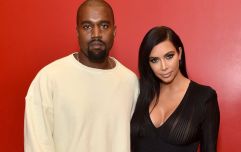 In her 20s with two kids: what we know about Kim and Kanye's surrogate

END_OF_DOCUMENT_TOKEN_TO_BE_REPLACED

"There’s a thin line between giving an opinion and criticising, and it’s completely normal to be more sensitive and protective when talking about your own children.

“What works best for one family might not suit another, and it’s best not to fall out over a difference of opinion. As for telling your friend’s children off, I can see why so many people feel uncomfortable with it.

"Discipline is a personal choice for each parent, so if you don’t think your friend would like you telling off their child, maybe take the safer route and wait until they’re home to do it for you!” he said.

Have you ever fallen out with a friend over your kids?

popular
QUIZ: How well do you remember The Princess Diaries?
Will Smith admits to 'failing miserably' in 21-year marriage to Jada Pinkett Smith
QUIZ: How well do you remember the 2005 movie Pride & Prejudice
5 new additions to Netflix to spend your Saturday night watching
14 new books you won't be able to put down this July
Corrie's Jack P Shepherd has confirmed his new romance
Security footage released of Naya Rivera as search is updated to recovery mission
You may also like
7 months ago
Here's how you can avail of the new National Childcare Scheme
1 year ago
13 tiny (but important) lessons kids can teach us about being happier
1 year ago
Princess Charlotte's favourite food is not one we expected for a three-year-old
1 year ago
Dee Devlin shares photo for the first time since giving birth to her second child
2 years ago
This could be the reason why kids don't like you
2 years ago
10 things you definitely said to your younger siblings when you were small
Next Page