Gardaí have confirmed that they are investigating allegations of sexual assault in a Kildare crèche.

A complaint makes claims that two children were sexually assaulted by a staff member.

According to The Independent, the complaints were made by two different parents. 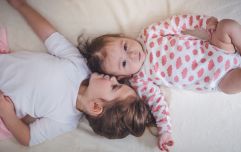 END_OF_DOCUMENT_TOKEN_TO_BE_REPLACED

The Gardaí confirmed that they are working with Tusla on the investigation. At the moment, the well-known crèche remains open.

The parents of the children remaining in the crèche have been made aware of the allegations.

A source close to the crèche said the matter is being treated “extremely seriously". 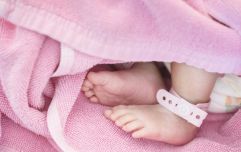 END_OF_DOCUMENT_TOKEN_TO_BE_REPLACED

“An Garda Síochána is investigating a complaint and is currently working with Tusla.”

“The investigation is at an early stage and is of a sensitive nature and we are therefore not in a position to comment any further as this is an ongoing investigation.”

No arrests have been made.

popular
Molly-Mae Hague fans think they officially know her baby's name – and it means cloud
Baby found unattended in pram in Dublin, Gardaí reveal
"I feel like I lost myself": Nathalie Lennon on her mental health struggles and her latest project with Pieta
Joanna Cooper heartbroken after her mum is diagnosed with dementia
Gwen Stefani reportedly pregnant with baby number four
Anne Hathaway shares disappointing news about The Princess Diaries 3
Conor Mcgregor hit by car ‘at full speed’ while cycling
You may also like
1 day ago
Man claims to have found infant remains near Bessborough site in the 90s
1 week ago
"It interferes with your job": Holly Cairns on the abuse of women in politics
1 week ago
Gardaí are reviewing "helpful, new" information in Sophie Toscan du Plantier case
3 weeks ago
Ireland set to ban "cruel process" of conversion therapy
3 weeks ago
Brutal details emerge in Bruna Fonseca investigation
1 month ago
29 puppies rescued from illegal trafficking at Belfast Port
Next Page