Her is a proud partner of Vicky Phelan's Overcoming book tour.

"I am acutely aware that this could be my last summer."

Those were the heartrending words that Vicky Phelan shared on Twitter last week. However – as Vicky continued in the post – instead of taking the summer off to enjoy quality time with her family, she had been reading the latest CervicalCheck report and was yet again left dismayed by its findings.

In an independent review into the screening programme, Professor Brian MacCraith found that more than 4,000 women's test results were delayed because of an IT problem in a US lab. "Women have been failed again," Vicky wrote of this latest CervicalCheck scandal. "It is simply not enough to pay lip service to women's health. We have had enough."

It's a typically strong statement from a woman who is a source of inspiration for the entire nation.

Mum-of-two Vicky has been speaking out on behalf of Irish women since April 2018. When she settled her case with the HSE, Vicky refused to sign a non-disclosure agreement and instead gave an emotional speech outside the Four Courts that exposed a national scandal.

It would be revealed that Vicky was one of 221 women who were diagnosed with cancer having not been told that their negative smear tests had been revised. Their cancers could and should have been prevented.

Since then, Vicky has been thrust into the limelight as an activist and defender of women's right to quality healthcare.

Next month, she will release her moving memoir, Overcoming. Published by Hachette Ireland, the book charts Vicky's cancer battle and historic legal action against the HSE. It also delves into other significant events in her life – from a life-threatening accident in early adulthood, to motherhood and a battle with depression – and examines how she's found happiness in even the toughest of times.

"If there's any message I want people to take from this book, it is hope that, even in the hardest of times, life is worth living, one precious moment at a time." 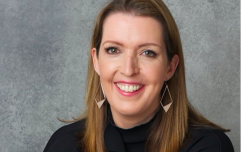 END_OF_DOCUMENT_TOKEN_TO_BE_REPLACED

You can hear more about Vicky Phelan's remarkable story in person at a series of live events presented by Eason and proudly supported by Her. The book tour will begin on September 15 at Clontarf Castle in Dublin, where Vicky will be in conversation with broadcaster Mary Kennedy. The event takes place at 2.30pm.

Tickets cost €20 and include a signed copy of Vicky Phelan's memoir. They are available by clicking here.

Overcoming will be published by Hachette Ireland on September 12 at €14.99.

popular
QUIZ: Can you guess the TV series from the intro lyrics?
People are freaking out thinking that their star signs have changed
Will Smith admits to 'failing miserably' in 21-year marriage to Jada Pinkett Smith
Someone has ranked the penis size of men from all over the world
These €40 Lost Stock fashion boxes are helping support factory workers in Bangladesh
Eight Of The Best Films And Documentaries On 9/11
22 discontinued chocolate bars that we REALLY want to bring back
You may also like
3 days ago
14 new books you won't be able to put down this July
1 month ago
12 brilliant YA books by black authors to add to your to-be-read pile
1 month ago
10 books with LGBTQ+ themes to add to your reading list this Pride month
1 month ago
6 books about race and racism worth reading to become a better ally
1 month ago
Naoise Dolan's Exciting Times to be adapted as TV series
1 month ago
These Violent Delights is the book you need to read in 2020
Next Page