A new form of contraception for men could be on our shelves in a few short years if all goes to plan.

Vasalgel is gel that is injected into the vas deferens (the tube sperm swim through) and blocks sperm. The quick procedure is similar to No-Scalpel Vasectomy (NSV), except the doctor injects the vas deferens with gel, instead of cutting it. 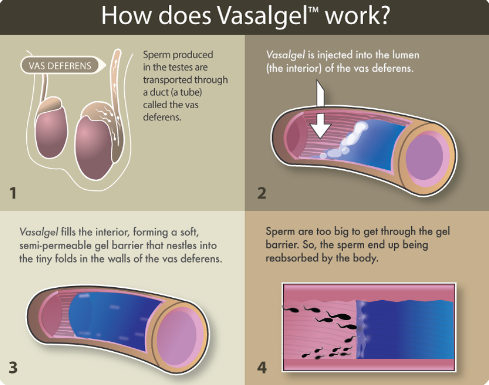 END_OF_DOCUMENT_TOKEN_TO_BE_REPLACED

It is also said to be easily reversed and not permanent like other forms of contraception.

Though there has been talk of Vasalgel for years, a new study has brought it closer to being a reality.

The University of California researchers tested the gel on 16 adult male monkeys.

After rejoining their female counterparts they began mating, but none of the females became pregnant over the course of the study which was two full breeding periods.

It may still be years before we see it on shelves, if at all, because there is still a lot to go through. The product needs a lot of funding to then to be tested on humans and be approved.

Women have countless options when it comes to contraception, so it's about time men had more options too.

popular
FBI reveal that Brian Laundrie is responsible for Gabby Petito's death as they discover notebook
Lisa Fallon praised as she opens up about terrifying ordeal on Late Late
Actress Regina King pays tribute to her son as he dies suddenly
A documentary about two Irish boys who skipped school to go to New York is coming soon
Ben Foden explains why he called Rachel Stevens "sexiest woman alive"
And Just Like That... episode 8: Nobody saw this one coming
Nick Jonas and Priyanka Chopra's baby said to have arrived 12 weeks premature
You may also like
3 months ago
Giving free contraception to under-17s could cause "legal challenges", Minister says
3 months ago
Are we really still debating whether contraception is a good thing?
3 months ago
Liveline caller says free contraception not needed as “everybody has an imagination”
4 months ago
Doctors issue warning over dangerous IUD removal trend on TikTok
4 months ago
France to give free contraception to women up to 25
5 months ago
A male contraceptive pill is in the works after funding boost
Next Page