World Ovarian Cancer Day - What You Need To Know

Globally, ovarian cancer is diagnosed in nearly a quarter of a million women each year and it is responsible for 140,000 deaths annually, according to statistics from the Ovarian Cancer Day organisation's website.

In Ireland, an estimated 300 women are diagnosed with the disease each year, and it has been described as a 'silent killer'.

Statistics collated by the Mater Hospital's Cancer Centre say that ovarian cancer is the fourth most common cancer in women and that it accounts for about 5% of all women's cancer. 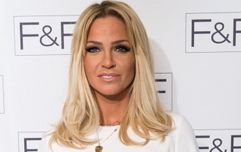 Opinion: Sarah Harding's passing reminds us how important it is to get checked

END_OF_DOCUMENT_TOKEN_TO_BE_REPLACED

Ovarian cancer occurs when normal cells change and grow to form a malignant tumour or cancer.

As the ovaries are located deep in the pelvis, the tumour can affect other organs as it grows, including the bladder and the bowel.

This cancer has few early symptoms and is often detected in the advanced stages when it is more difficult to treat and although it can occur at any stage, it is most common after the menopause.

To mark World Ovarian Cancer Day, cancer organisations around the world have put together five facts that every woman should know about ovarian cancer.

Fact 1: All women are at risk for ovarian cancer.

Fact 2: Awareness of the early warning signs of the disease may save lives.

Fact 3: Diagnosis at an early stage vastly improves a woman’s chance of survival. 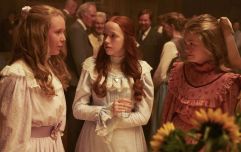 END_OF_DOCUMENT_TOKEN_TO_BE_REPLACED

Fact 4: Ovarian cancer is often diagnosed at a late stage.

Educating yourself on the risk factors surrounding ovarian cancer can help early detection as early symptoms are not always noticed.

Although the signs are not always noticed immediately and they can take a long time to appear, it is very important to be aware of the symptoms of ovarian cancer.

Supporting Ovarian Cancer Knowledge, or SOCK as it is widely referred to, was set up by the late Jane Keating in 2010.

Following her diagnosis with ovarian cancer, Jane wanted to raise awareness about this type of cancer and provide information on a cancer that wasn't widely talked about.

This charity has circulated an important information leaflet which can be downloaded here and to find out more about the charity and how you can support them check out their website here.

popular
Miracle baby on the way for bride whose partner died on wedding day
Johnny Depp confirms he will be back as Grindelwald in Fantastic Beasts 3
How to INSTANTLY unblock your stuffy nose (we swear this works)
Someone has ranked the penis size of men from all over the world
Here's the average age people lose their virginity around the world
Margot Robbie is reportedly pregnant with her first child
Why Are Men so Obsessed With Boobs? The Answer is Pretty Surprising...
You may also like
3 days ago
Countryfile host Julia Bradbury reveals her breast cancer diagnosis
2 weeks ago
Sarah Harding’s ex pays tribute, says she "always wanted to be a mum"
6 months ago
Sarah Harding gives new update to fans during cancer battle
11 months ago
Most women not aware drinking more can increase breast cancer risk
11 months ago
"This could be anyone" The woman who beat breast cancer during Covid, and crowdfunded followup treatment
11 months ago
4 ways you can support this year's Breast Cancer Awareness Month
Next Page