Sitting on your commute into work, for most people, their greatest concern is whether they’re going to make it to the office on time.

Have they remembered to switch off the heating? What’s on the TV tonight?

The point is, you’re probably wrapped up in your own fog of thoughts that morning, and running through tiny little details in your mind. 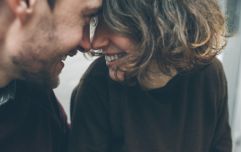 END_OF_DOCUMENT_TOKEN_TO_BE_REPLACED

For one woman, that quiet time was interrupted when she was handed a business card fat-shaming her on the underground this week.

Kara Florish was travelling on the underground when she was stopped and handed a card which was cowardly, hurtful and hateful.

Posting the images to her social media accounts, Kara took to Facebook to address the cruel gesture by an absolute stranger. Asking people to post, share and help end the discrimination, Kara wrote: 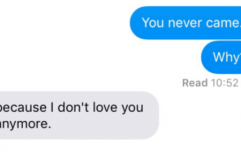 END_OF_DOCUMENT_TOKEN_TO_BE_REPLACED

What is even more disturbing than the card is the opinions voiced on group forums supporting the card and its message.

While most people realise that the card is an act of bullying and shaming, others wrote:

It seems Kara wasn’t the only one targeted, with a second twitter user posting this morning:

Young man just got on train at Oxford Circus, gave printed card saying YOU'RE FAT to overweight girl. He jumped off. She read it, & cried. — sean thomas knox (@thomasknox) November 30, 2015

Am 99.9% sure this wasn't staged. She didn't even realise I was watching at first. Her stunned, desolate reaction was very real. Then tears

We’re sure whoever hands out these cards doesn’t wait around to see the pain they cause.
Disgusting.

popular
A celebrity hairstylist just shared a genius hack for the perfect messy bun
Here are all the Instagram accounts of the stars of Netflix's Cheer
Why Are Men so Obsessed With Boobs? The Answer is Pretty Surprising...
Penneys has a new homeware collection – and it looks so high-end
How to INSTANTLY unblock your stuffy nose (we swear this works)
Is it time for Grey's Anatomy to end?
Someone has ranked the penis size of men from all over the world
You may also like
6 years ago
This Jewellery Designer Was Inspired By Her Menstruation Cycle For Her Latest Collection
6 years ago
WATCH: This Child’s First Experience With Automatic Doors Is Hilariously Dramatic
6 years ago
Woman Breastfeeding In Public Posts Viral Response To The Diner Who Tried To Shame Her
6 years ago
Reese’s Pieces Failed Miserably To Make Chocolate Christmas Trees And Twitter Reactions Are Priceless
6 years ago
PIC: Galway Girl Has The Best Harry Potter Put-Down When She Was Chatted Up By A Tinder User
6 years ago
Cash Fares Set To Rise For Public Transport Users From Tomorrow
Next Page