"I've been with my boyfriend for about a year and a half.

"We love each other and we spend a lot of time together. We've even had a chat about moving in together some time before the end of the year.

END_OF_DOCUMENT_TOKEN_TO_BE_REPLACED

"Overall, the relationship is good, but over the past few months I've noticed that he never compliments me.

"He never says I look nice, he never calls me beautiful, he likes my photos on social media but he'll never say anything like: 'wow you look really nice there' or whatever.

"I know it's superficial and I know he's mad about me, but this has been getting to me for a while now."

Legit not surprised that this is getting to you, not one bit. 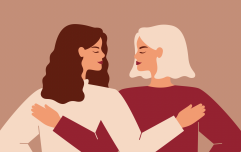 END_OF_DOCUMENT_TOKEN_TO_BE_REPLACED

A lot of people underestimate how easy it can be to worn down by a relationship, chipped away bit by bit until your self esteem is at an all time low.

For many people, it might not happen. A lot of couples operate without fawning over each other 24/7 or even saying I love you a whole lot. They just don't need it, they're grand.

Others do need those things though - that reassurance that he's still into you, that he still finds you attractive, that he gives enough of a shit to say some nice things to you every once in a while.

If this was something you noticed early on in a relationship, the obvious response would be: Dump Him.

END_OF_DOCUMENT_TOKEN_TO_BE_REPLACED

Reasons being that you're unhappy, he's not giving you what you need, and you can always find someone who will, etc.

But as we are all painfully aware, sometimes things aren't all that simple - especially when you're in a serious relationship with someone who you do love and care about.

I don't doubt for a second that this guy is mad about you. If you can see that, it must be true, but you need to consider your own wants and needs for a second. 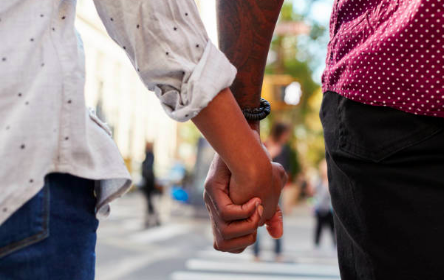 If you want to receive compliments on how you look and you're not receiving these compliments from the one person you'd presume would give them, that's a problem.

You can talk to him about it, sure. Air your grievances and see whether he sees what the issue is, but at the end of the day none of us want to have the "You need to tell me I'm pretty more" chat.

It feels demeaning and it feels weak. It may be none of those things, but so many of us are conditioned to believe that the little things that annoy us about our relationships are inconsequential. We should just move on with things, get over it, imagine how much worse it could be, etc.

But if you care about it, it matters.

It's not unfair to want the person you love to call you beautiful, it's normal. It's also normal to be upset by something like this, even if a part of you does think it's superficial and not worth worrying about.

Don't second guess yourself and don't doubt your own feelings.

If this is making you feel shit, you need to do something about it because it's highly unlikely that it's going to solve itself on its own.

Either break up, take a break, or have a serious chat. Those are your options. It's already getting to you, don't let it get worse.

popular
Love Island's Gemma finally tells villa about dad Michael Owen on TV
Parent's Benefit Leave in Ireland is being extended from today - here's what you need to know
10 stunning and affordable outfits that are perfect for a summer wedding
Love Island fans lose it over Indiyah's question about Ireland
Irish girls name was the most used Irish name in the United States last year
Love Island: Danica sets her sights on Andrew as Luca asks Jacques about his relationship with Gemma
Viewers call out Love Island girls after they exclude Danica and Indiyah
You may also like
1 month ago
First Dates Ireland is officially looking for new singletons to join the show
4 months ago
Relationship troubles? An expert reveals this is probably your man's fault
5 months ago
Jenny Keane: "There is a huge vulnerability when it comes to exploring your sexuality"
5 months ago
Best friends find out they're pregnant on the same day and give birth an hour apart
5 months ago
Study shows over half of people open to getting with their flatmates
5 months ago
Text your ex over Christmas, yeah?
Next Page