"This is a weird one.

"Hand-drawn dick pics keep getting left at my desk in work and I don't know what to think. 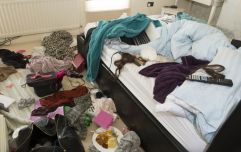 END_OF_DOCUMENT_TOKEN_TO_BE_REPLACED

"Honestly, it's probably a joke, someone in the finance department I'm vague mates with having a laugh... but I can't help but harbour the thought that this kind of behaviour might lead to something more sinister.

"I have attached an image of one of the drawn dicks (see below) for your consideration. Please help."

First off, this is gross, poorly drawn, and probably one of the strangest and most inappropriate things that someone can present to another person in the workplace after, well, a real life dick. 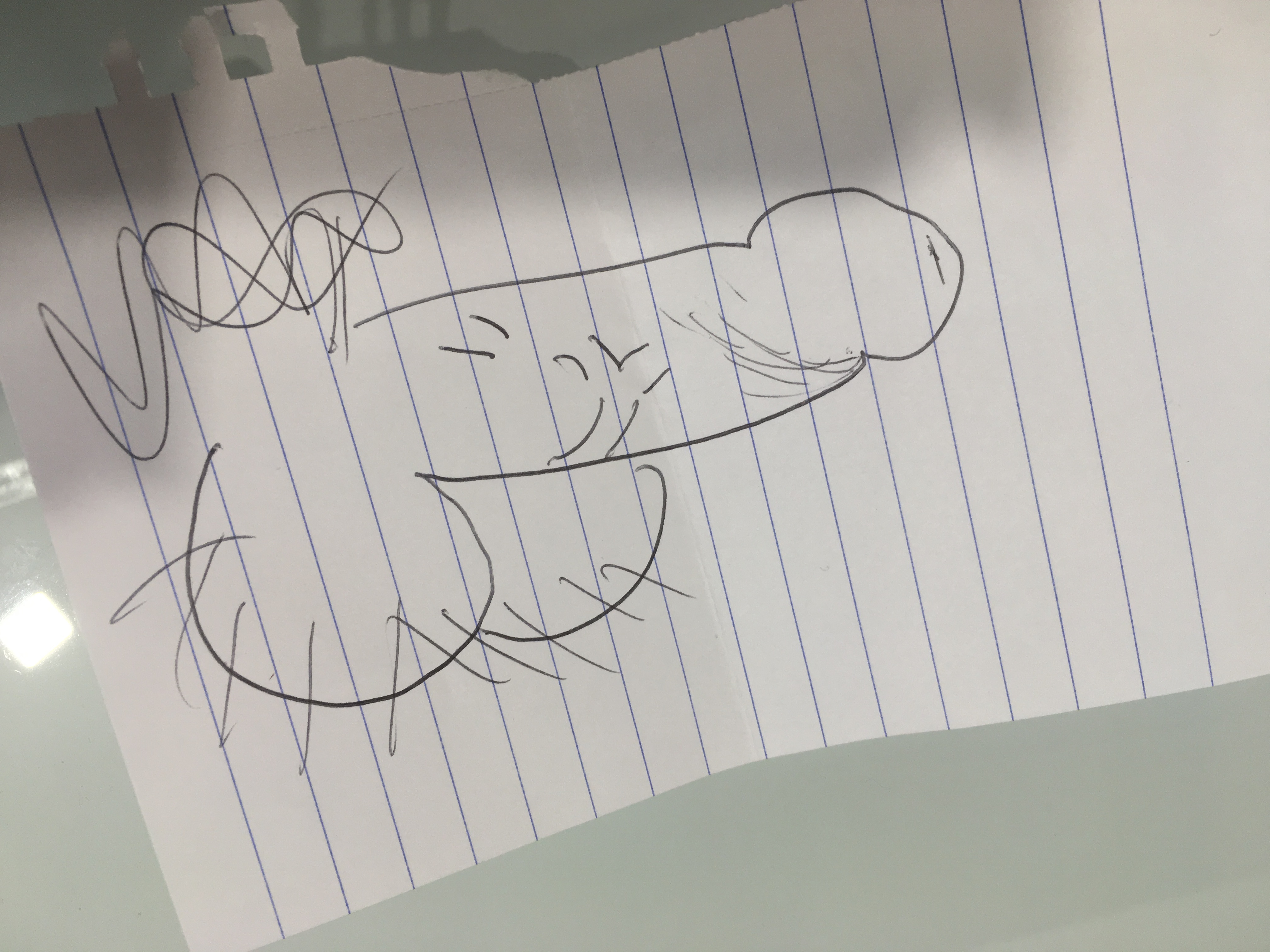 I have a lot of questions. 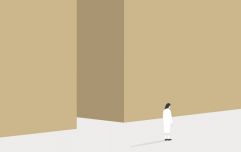 END_OF_DOCUMENT_TOKEN_TO_BE_REPLACED

One is: exactly how many times have you discovered hand-drawn dicks on your desk? Another is: have you shared this problem with anybody else you work with (you should).

And another is: what the f*ck is wrong with people?

Let's start with the image of the dick in question though (above) because I have a few thoughts about that:

1. The person who drew this dick and subsequently left it on your desk is depraved.

I mean, that much is clear. 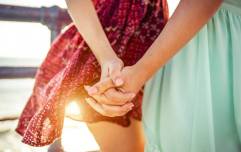 END_OF_DOCUMENT_TOKEN_TO_BE_REPLACED

Rather than spending their time making friends, socialising, or you know, doing their job, they have taken valuable time out of their day to sit down, poorly tear a page from a notepad, and draw a painfully unartistic picture of a dick.

This dick not only portrays a lack of talent on the drawer's part, but it also points to somebody who is lonely, dull, and experiencing a severe lack of fulfilment in his or her (let's be honest, it's probably a guy) life.

They've blatantly never drawn pubes before either because what the f*ck is going on there?

2. The dick was evidently drawn with the intention to impress somebody.

Not you, but somebody.

A person wouldn't go to all the trouble of drawing such a violent member if they didn't have someone else beside them to be like, 'Ha that's gas man, you're such a funny man, this will be hilarious for all of the 10 minutes we spend planning and doing it until we forget all about it and leave this poor person to deal with the aftermath when they come in to work.'

3. The culprit has the artistic ability of a teenager who got a C3 in Junior Cert art...  and the mind of a child

That's not to say that this person isn't intelligent. Nooo, not at all.

After all, they inevitably came up with this ploy all by themselves - namely due to the fact that if more than one person was involved in the sculpting of this plan somebody surely would have been like 'lads, is this actually funny or are we just being dopes and maybe a bit mean and predatorial?'

If these dicks are being left by people you rarely talk to make you feel some kind of way for whatever reason, it's creepy, inappropriate, and just plain dumb.

And if your mates did this, maybe get new mates.

It's 2018 like, comedy has come a long way since the days of 'haha penis is funny' and 'women are annoying.' If you really want to make someone laugh, whip out the latest meme or something, get creative with it, c'mon.

In all seriousness though, if this isn't one of your friends from finance, leaving dicks like this around the place is honestly very creepy and sinister.

Go to HR girl, because that shit's weird.

Girls With Goals || Her · Ep.151: 'A Story Shared' - Aoife P. Rafter on blogging during a pandemic and living with CF
popular
Around the world: The most popular baby names in major cities across the globe
Matt LeBlanc And Matthew Perry Reveal Reason Why They Didn’t Attend Jennifer Aniston’s Wedding
Netflix announces new true crime documentary series: The Vanishing At The Cecil Hotel
Here's the average age people lose their virginity around the world
When will lockdown end in Ireland?
Katie Price moves son Harvey to residential college to give him a chance at an independent life
Domino's is giving away free pizza to Ireland's frontline care workers
You may also like
2 years ago
#AgonyCant I'm just out of a five and a half year relationship and I don't know how to be single
2 years ago
#AgonyCant I've been going out with a married man for four years
2 years ago
#AgonyCant I think I might have an STI and I'm freaking out
2 years ago
Here's the words women apparently love to hear during sex and sorry, absolutely not
2 years ago
#AgonyCant How do I tell my fella I want to start using sex toys with him?
2 years ago
#AgonyCant Should I be making guys use protection during anal sex?
Next Page