"Is the age gap too much? Even if it works for the next 10 years, am I naive to think there could be any real lasting relationship after that?

END_OF_DOCUMENT_TOKEN_TO_BE_REPLACED

"I look pretty good now and am wary that if it's my looks that attracted him, he won't be around after they fade.

"I'm not fully sure if I want kids but am certain I want sincere and authentic love. Scary thing is I feel more attracted to and connected with this guy than anyone before.

"I am worried that I will get very invested very soon as I am falling for him."

In the grand scheme of things, an age situation like that isn't all that worrisome.

END_OF_DOCUMENT_TOKEN_TO_BE_REPLACED

Age gaps, much like a fine wine, get better over time - or rather, they become less of a thing.

The older you are, the less likely you are to run into issues concerning whatever years it was that both of you were born.

A 23-year-old woman dating a 19-year-old lad probably isn't going to work because as we all know, lads mature a lot slower than women and that kind of scenario is absolutely going to do your head in to the point that you'd literally rather die alone than ever dating anybody that young again.

Whereas a 34-year-old woman dating a 30-year-old guy is unlikely to cause a whole load of age-related issues.

27 and 36 is a big enough gap yeah, but these things are always relative.

If he's mature enough to be with you, you like genuinely like each other, and the both of you are happy, age isn't an issue. 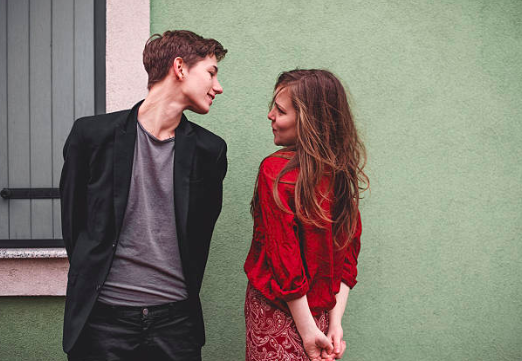 Falling for someone new is all well and good until you start second guessing every single thing that's happening in the relationship.

You feel good now, but how long will those feelings last? You like them, but when will you stop liking them? You feel secure but that's not going to last forever, etc.

The good news is that you're absolutely not alone in your rampant panic about what could and might happen.

The bad news is that to combat this you're going to have to try and master that elusive and often impossible task of trying to focus on what's happening now instead of what might happen in the future.

If you're happy right now, and if you have feelings for someone, that's a good place to be.

Relationships end all the time for a myriad of reasons. Some of them you could've predicted a mile away and you leave them wondering why in the name of God you didn't ends things sooner. And then others just halt out of the blue and you're left feeling like a total piece of shit. 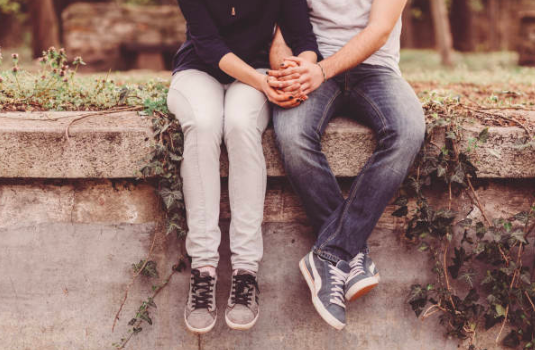 Neither outcome is unreal, but unless you're planning on staying with someone forever, a breakup is inevitable - it's best not to think about it until you have to.

If this guy is someone you can't see yourself with forever though - and if now is the time that you're considering settling down - you're probably right to be rethinking things... Unless this guy is also looking to settle down and, in that case, you literally don't have anything to worry about.

It legit all depends on where you're at now. If you crave sincere and authentic love (and come on, who doesn't, like?) and you feel like you could get it with this person, then you're grand.

You're the only person who can know if you're satisfied with how things are going.

If you are happy, all you can do is try your best to stay in the moment and not get ahead of yourself thinking about what could or might happen.

popular
Love Island's Gemma finally tells villa about dad Michael Owen on TV
Parent's Benefit Leave in Ireland is being extended from today - here's what you need to know
Prue Leith responds to her son's comments about abortion
Irish girls name was the most used Irish name in the United States last year
Love Island: Danica sets her sights on Andrew as Luca asks Jacques about his relationship with Gemma
Love Island fans lose it over Indiyah's question about Ireland
Prince William shouts at photographer who was "stalking" his family
You may also like
5 hours ago
Love Island's Gemma finally tells villa about dad Michael Owen on TV
1 month ago
Is a Love Island All Star season in the works?
1 month ago
First Dates Ireland is officially looking for new singletons to join the show
2 months ago
Fast-forwarding: Should we be upfront when it comes to dating?
2 months ago
Ditching the Dutch courage: Is dry-dating the way forward?
3 months ago
What the hell is a dopplebanger?
Next Page