'Asking For It' author wrote about having sex on the first date, and women love her for it

Author Louise O'Neill is pretty much a fearless writer.

Her first two works of fictions have tackled rape, and the societal pressures on women and girls to look and be "perfect", and she's unabashedly feminist on social media and in her weekly column in the 'Irish Examiner' newspaper. 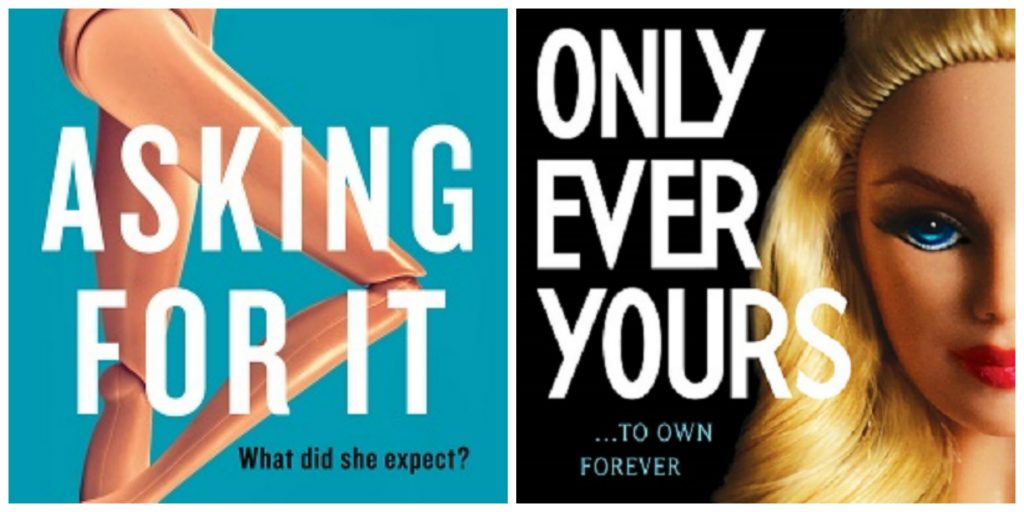 END_OF_DOCUMENT_TOKEN_TO_BE_REPLACED

O'Neill's column this weekend is headed "Apparently, Having Sex On The First Date Means You Will Be Shunned", and in it she writes about the socially and culturally engrained attitude that tells women that sleeping with someone on the first date is a catastrophe from which you can't recover.

She references Vogue Williams' recent appearance on Loose Women where she revealed how she and an ex had sex on the first night they met. The panellists reacted in a shocked manner that O'Neill describes as "slut-shaming".

"Having sex on the first date means you will automatically be shunned as a fallen woman and no man shall marry you — a fate worse than death, surely," O'Neill writes.

"I’ve had sex with people on the first night. I ended up dating some of the men, it became all too obvious with others that the chemistry was severely lacking and I would rather have sawn off my own arm than have to see them again..and I count one or two of them among my closest friends today.

"I don’t have any shame about this. I don’t feel the need to justify my need for food or sleep or water or oxygen. Why would I do so with yet another primal human instinct?"

The reaction to O'Neill's defence of a woman's right to shame-free first date sex has been greeted as a breath of fresh air.

Good column from @oneilllo on sex and first dates https://t.co/q3vWzppLLa

There's @oneilllo yet again telling it as it should be. Go girl! https://t.co/nEFrSP00rR

Men who shame you for having sex with them on the first date do not deserve your respect....or your sex! https://t.co/Wz9KLE3XBv

This is great @oneilllo Apparently, having sex on the first date means you will be shunned https://t.co/wbZNrZWsAh

And for her part, O'Neill is happy to clarify something:

Before the column's publication, O'Neill joked on Snapchat that she would have to buy up all the copies of the paper to prevent her relatives from reading about her sex life.

But this was all in jest; in reality, her family are incredibly supportive of her frank stance on sex and sexuality.

"I don't have to shield my parents from anything I write, as they would never attempt to censor me," O'Neill told Her.ie.

"I presume my dad would take one look at the subheading and choose not to read it for his own sake, but my mom thought it was great. But I texted all my aunts and warned them not to bring the paper to my grandmother's house this weekend!"

She also shared with us a screengrab of a great text conversation with her mother: 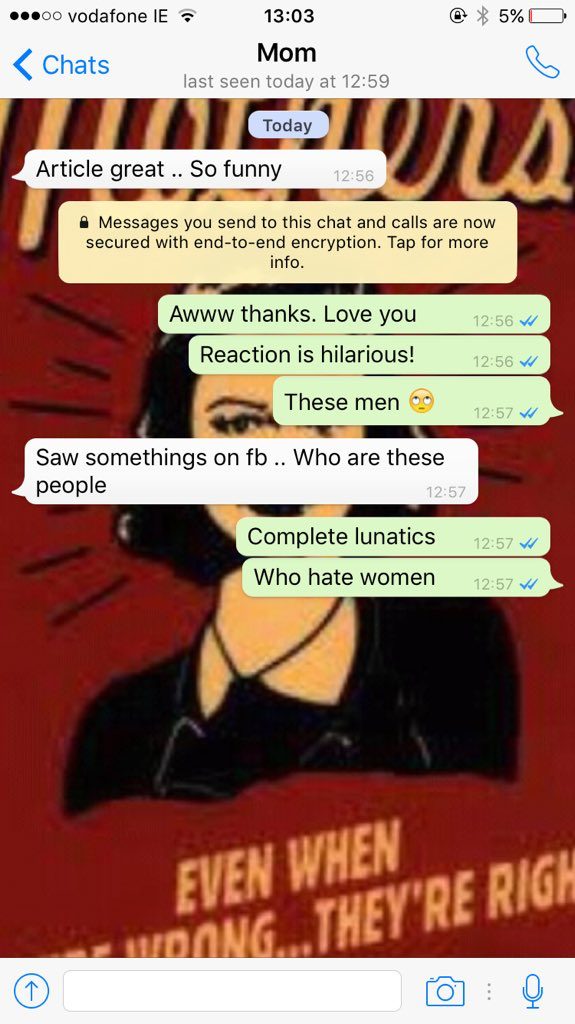 Girls With Goals || Her · Ep.161: Feeling Peachy - Sharon Keegan of Peachylean on being an absolute BOSS!
popular
Emilia Clarke is set to be the next Marvel superhero
Jennifer Lopez just shared a steamy snap of herself and Ben Affleck – and WOW
Bride dislocates her leg during her first dance in viral clip
Sunburned? Eating these 5 foods will help your skin heal from within
Goodbye McDreamy! Disenchanted officially wraps filming in Enniskerry
The sad reason why viral gymnast, Katelyn Ohashi, isn't on the USA Olympic team
Kate Middleton has addressed the rumours that she's pregnant with her fourth child
You may also like
3 weeks ago
Everyone's going wild for Netflix's Sex/Life
3 weeks ago
Having sex could alleviate hay fever, according to experts
1 month ago
Sex expert says these are the four words you should always say in bed
1 month ago
"I was holding out for more the entire time": Why do so many of us go back to our exes?
1 month ago
Opinion: Why are we so fascinated when celebs get back with their exes?
1 month ago
Journalist has sex live on radio during swingers club feature
Next Page