Did you catch the first episode?

If you're already missing your weekly TV visits to The Rotunda, BBC's The Baby Has Landed is going to be your new favourite show.

The four-part docuseries kicks off on last night on BBC Two and suffice to say we're already hooked.

END_OF_DOCUMENT_TOKEN_TO_BE_REPLACED

This season of The Baby Has Landed follows six families as they begin their journey into parenthood.

Wednesday's first episode introduced us to the four couples of expectant parents; first-timers Syler and Mo Nicholson-Bayoumi, fifth-time lucky Helen and Nigel Pierce as well as overdue Hermisha Nkrumah and her husband Shabazz.

The series also welcomes first-time dads Paul and Craig Saunders, who are eagerly awaiting the arrival of their twin girls via surrogate. 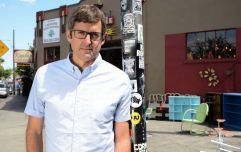 13 years later, Louis Theroux will revisit one of his most notorious subjects

END_OF_DOCUMENT_TOKEN_TO_BE_REPLACED

In the first episode, viewers watched as Nottingham-based couple Syler and Mo cope with being first-time parents while living in Syler's mum's house, together with her father Tony and her grandad Pat.

The show also follows seasoned parents Helen and Nigel heading to the hospital to be induced and give birth to their fifth child. 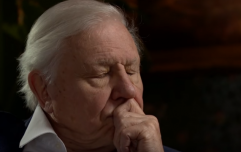 END_OF_DOCUMENT_TOKEN_TO_BE_REPLACED

Just like The Rotunda, The Baby Has Landed brings you through all the highs and lows that the emotional rollercoaster of childbirth and new parenthood takes you on.

It's a must-watch and you can join the journeys of the four expectant couples every Wednesday for the next three weeks on BBC 2 at 9 pm. If you didn't see last night's episode you can catch up with the series on the BBC iPlayer.

popular
Baby found unattended in pram in Dublin, Gardaí reveal
Joanna Cooper heartbroken after her mum is diagnosed with dementia
Love Island first look: The Hideaway is open tonight as Ron has something to tell Lana
Toddler tragically dies in Wicklow following choking accident
Gwen Stefani reportedly pregnant with baby number four
Conor Mcgregor hit by car ‘at full speed’ while cycling
No plans to abolish homework, says Minister Foley
You may also like
2 months ago
'Incredible' Netflix drama series is so good people are binge-watching it in one night
5 months ago
Peaky Blinders actor to star in Magdalene Laundries BBC drama
5 months ago
David Attenborough is coming to Ireland for new nature documentary
6 months ago
Prince Andrew's infamous BBC interview to be made into a film
7 months ago
BBC issues correction after using Irish tricolour during jubilee concert
8 months ago
Deborah James thanks fans as book goes straight to top of Amazon's bestsellers
Next Page