Ah, to be young again.

There's nothing better than being about eight-years-old, not having a care in the world, and thinking that a vagina is called a 'Virginia.'

So innocent. So pure. 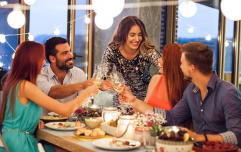 END_OF_DOCUMENT_TOKEN_TO_BE_REPLACED

So untouched by the awfulness of this world that you think there must be "another way" to make babies. If only, lads.

And while receiving your sex education for the first time might be a daunting and even scary experience, it's nice to know that some children are going in there guns blazing, asking all of the right questions.

This is them. Prepare to lol. 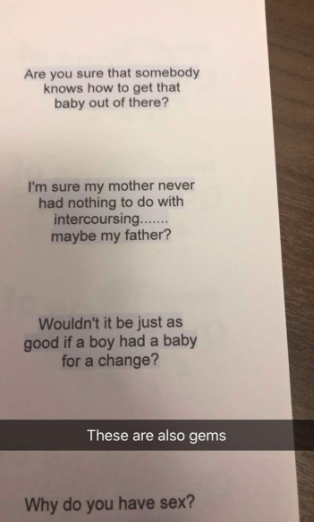 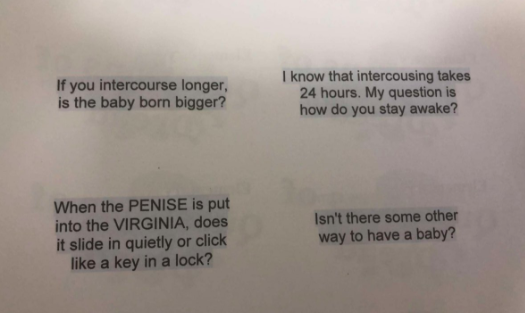 END_OF_DOCUMENT_TOKEN_TO_BE_REPLACED

And who could possibly ignore the gem that is: "If you intercourse longer, is the baby born bigger?"

The questions were shared by Twitter user, Yana, who said that their mate received them from her elementary school students after their first sex ed class.

In all seriousness though, these kid's responses to this class are fairly refreshing because it proves that they were actually taught real life information during their sex education class.

A rare occurrence, we know.

In a report that examines the attitudes of people aged between 14 and 24 towards sex, Youth Work Ireland found that 20 percent of respondents found pornography as a useful tool of education.

Only 1 percent felt that their behaviour was in any way influenced by teachers.