Fans were in for an absolute treat in Croke Park on Sunday, September 13th, as a triple-header of Liberty Insurance camogie championship finals kicked off from midday. 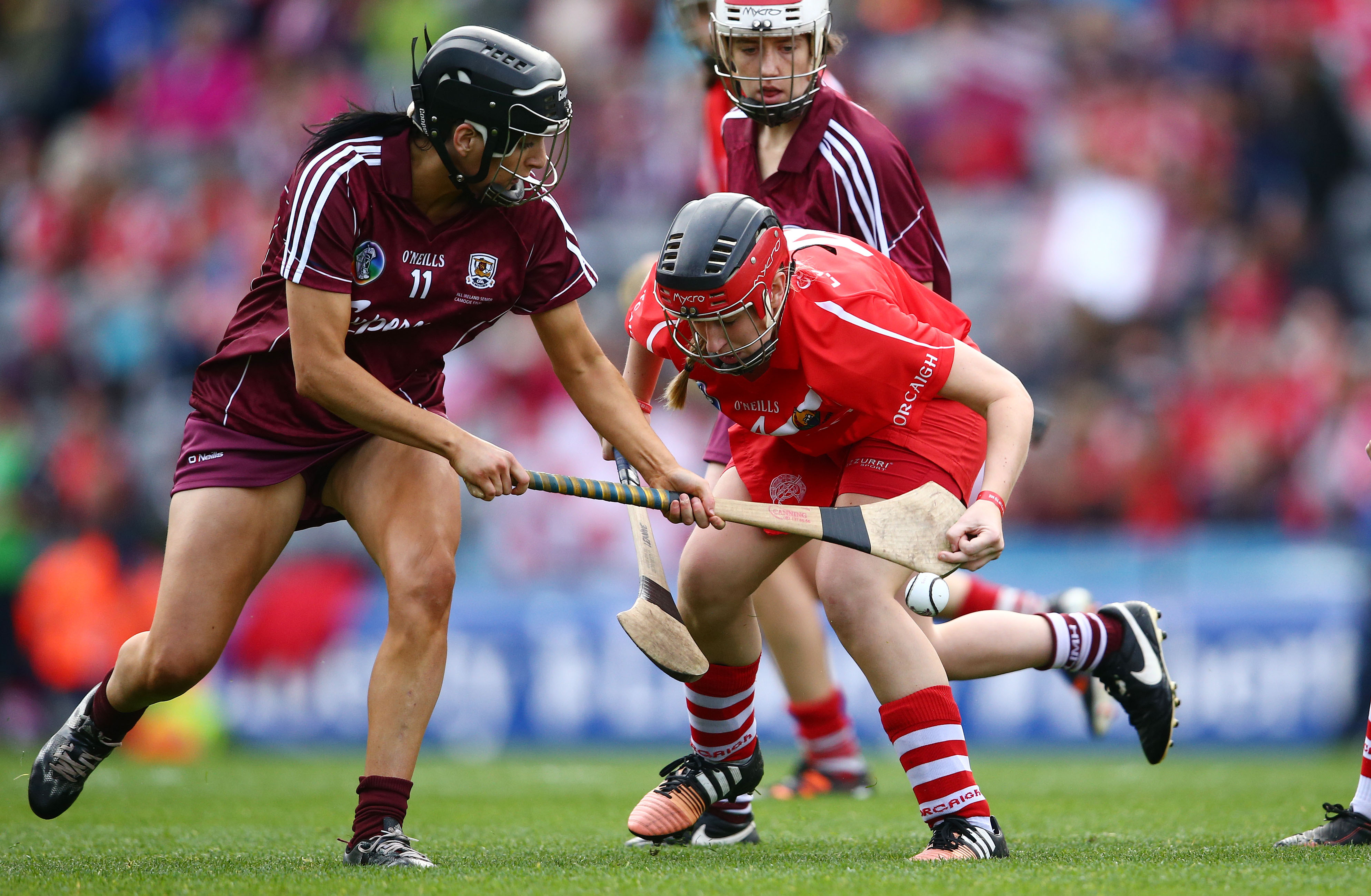 END_OF_DOCUMENT_TOKEN_TO_BE_REPLACED

With all eyes counting down to the tantalising senior final between Cork and Galway at 4pm, it was the Rebels who came out on top for the second year in a row with a determined and efficient display to see off the Tribeswomen 1-13 to 0-9.

Despite being reigning All-Ireland champions, Cork were the underdogs going into this clash, having previously lost out to Galway twice already this year and with a much-changed side from 2014's All-Ireland glory. 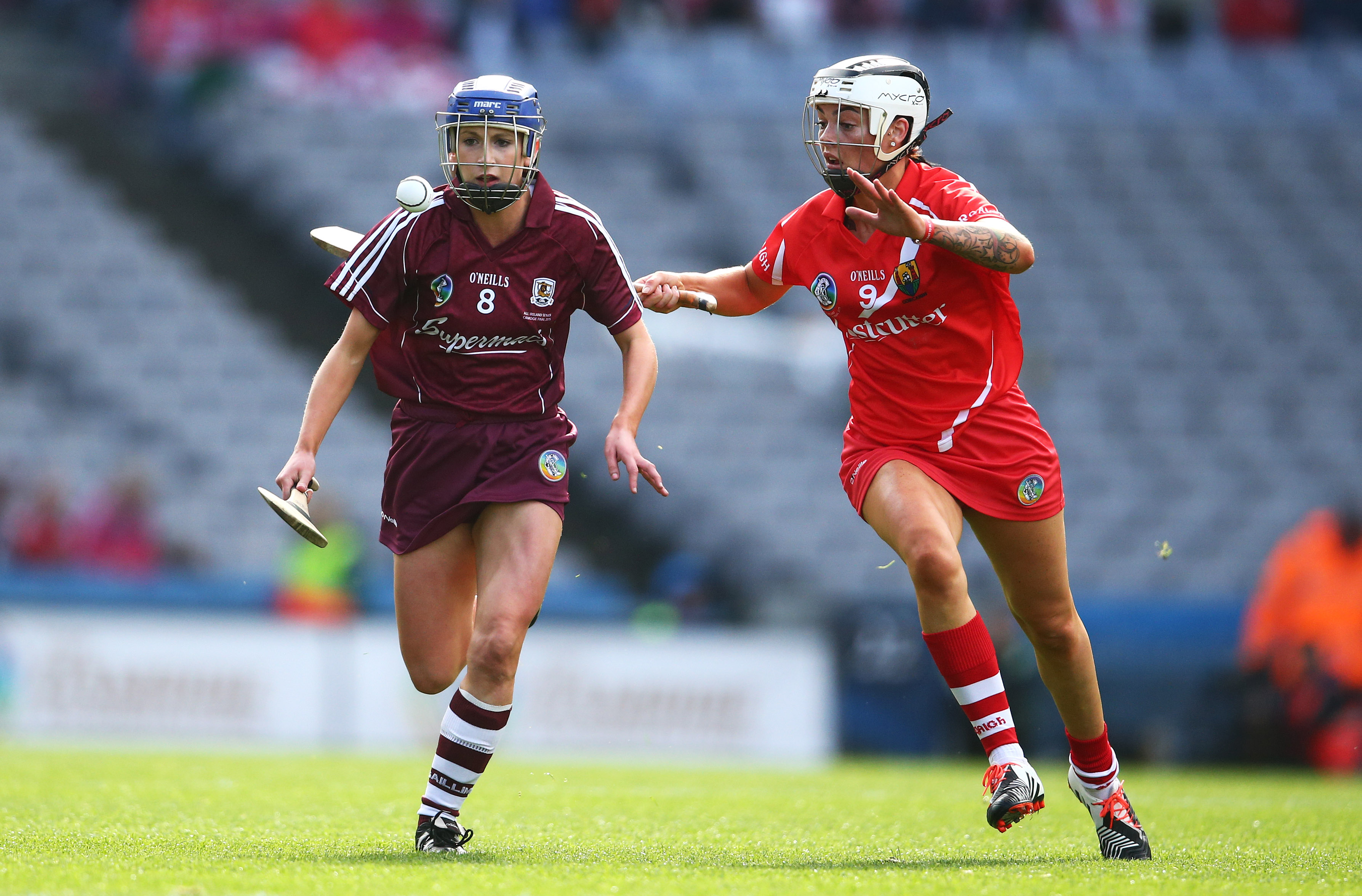 However, their never-say-die attitude could be seen in every corner of the pitch this weekend and a goal from Briege Corkery on 54 minutes sealed their victory and Corkery, along with Rena Buckley, scooped their 15th All-Ireland title.

The pair will also be playing for their 16th title in just two weeks’ time when they line out for Cork in the senior ladies football final against Dublin. 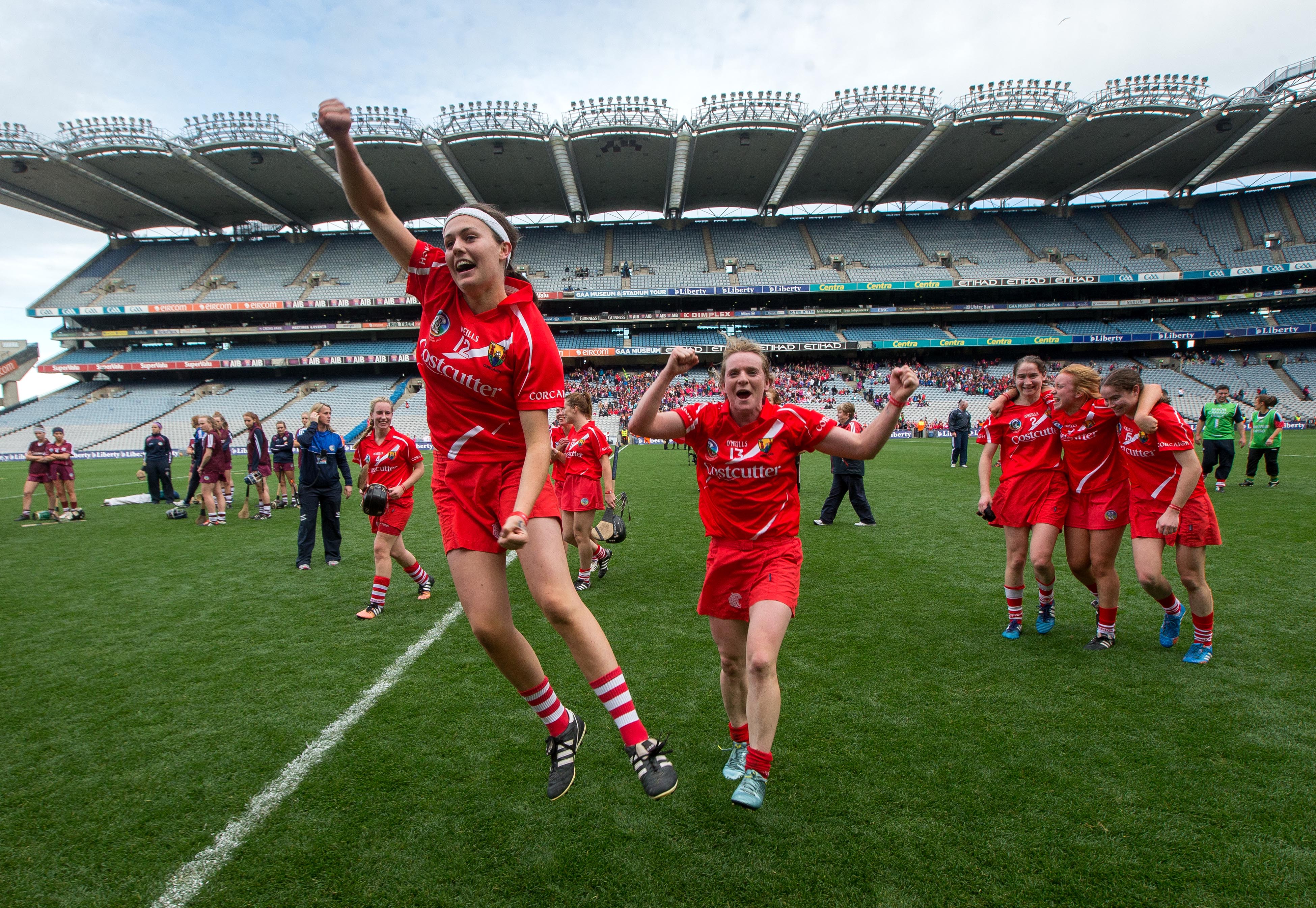 Orla Cotter was another of the stand out stars for Cork, with Ashling Thompson and Gemma O’Connor also on-form throughout what was a truly dominant display from the Leesiders.

END_OF_DOCUMENT_TOKEN_TO_BE_REPLACED

The women in red dominated the first half but could not convert their possession into scores and should have been ahead by more than 0-8 to 0-4 at the break.

While the stars for Galway were certainly their defence, who were outstanding on the day, Cork just had too much for them and had the hunger and passion to drive on to victory. 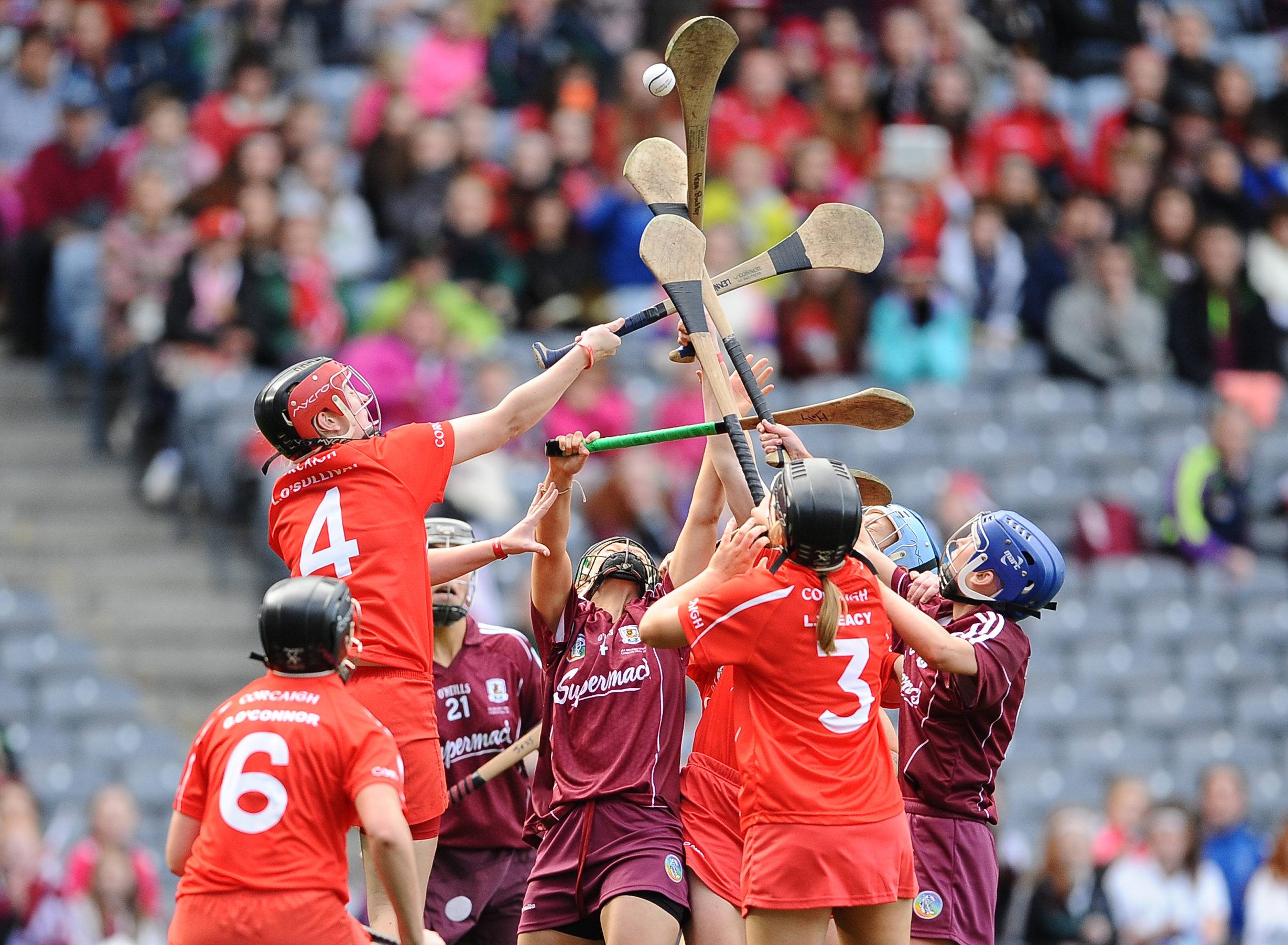 “We never threw in the towel and that’s the difference between Cork camogie and anyone else,” said Cork captain Ashling Thompson after the game.

“When the going gets tough, who’s going to throw the towel in first and that certainly wasn’t us so we got the result we wanted today.

END_OF_DOCUMENT_TOKEN_TO_BE_REPLACED

“We love being the underdog,” she added. 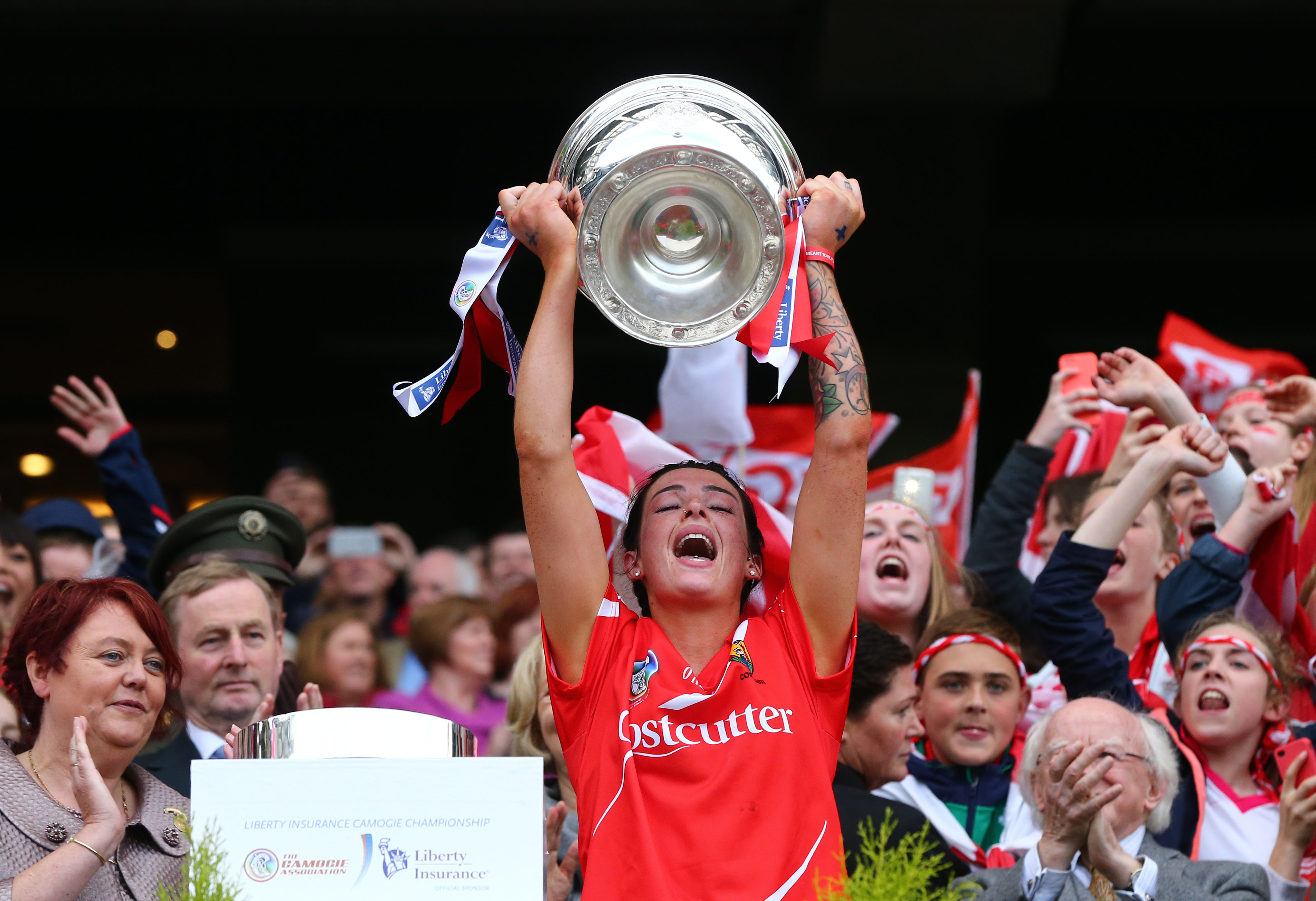 Meanwhile in the Liberty Insurance intermediate final it was Waterford’s day as the Deise women topped off a fantastic year of camogie with their second piece of silverware.

Having previously bagged the Division 2 league title earlier this year, Waterford’s win on Sunday over Kildare has now secured them senior camogie for 2016. 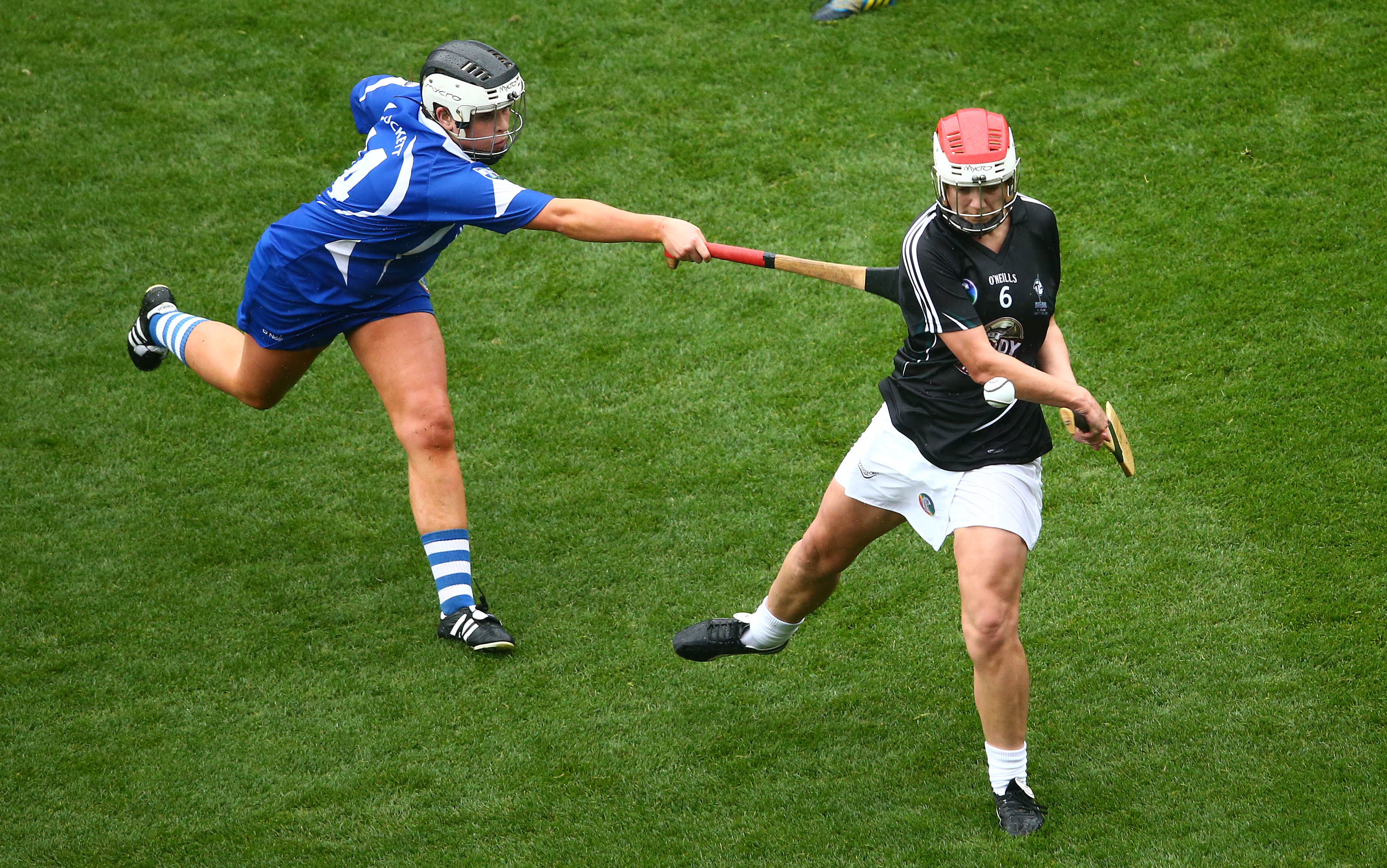 The women in blue ran out 2-9 to 1-5 winners over Kildare, and despite a slow start, soon found their pace.

With heavy rain dominating proceedings, Kildare got off to a dream start with a goal from Noelle Earley to head into an early lead.

However, Waterford soon found their feet and hit an impressive 2-4 without reply. Kildare continued to try hard, but just couldn’t maintain possession and it was Waterford who had the final say to be crowned champions. 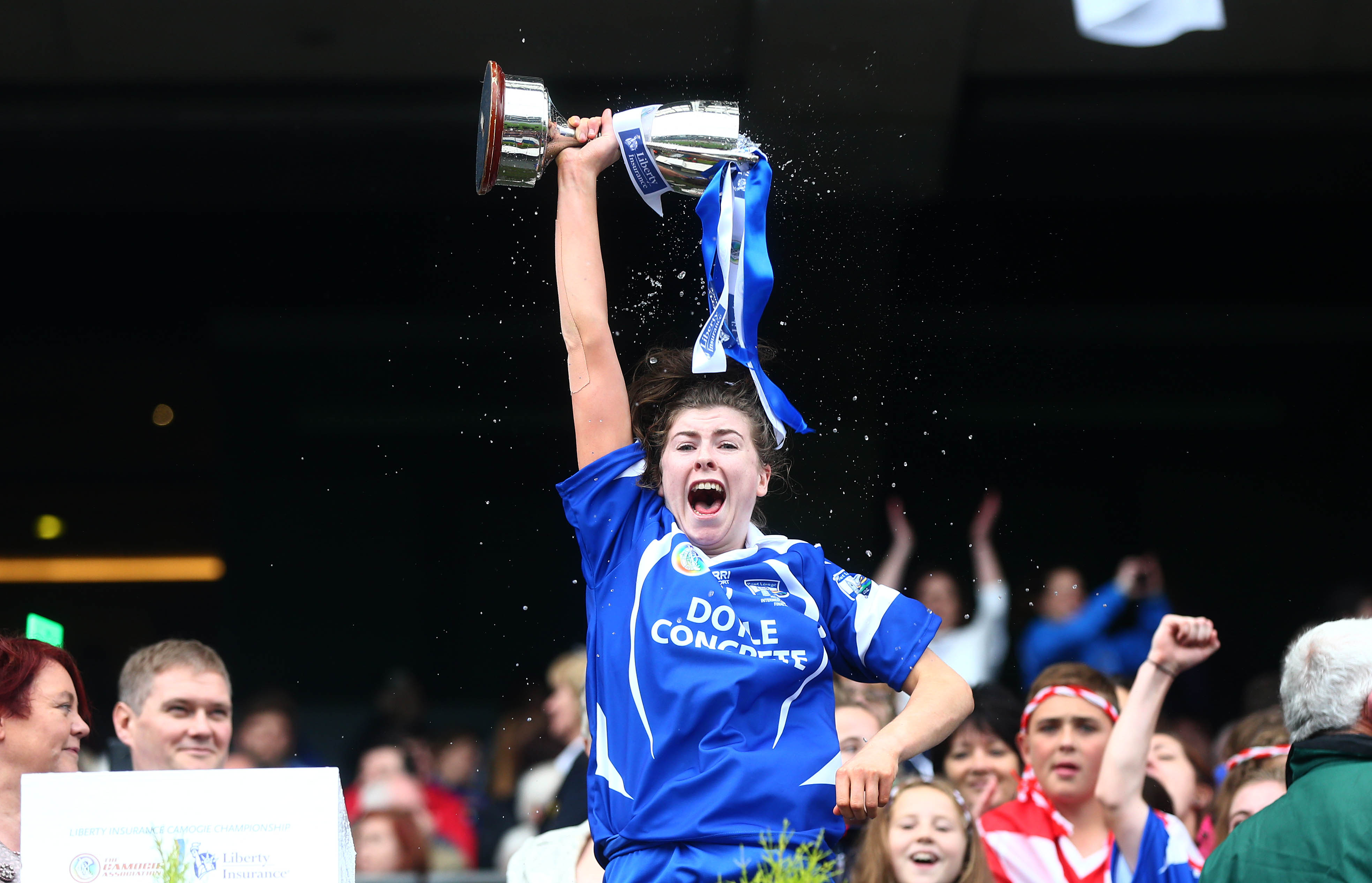 Waterford's Caithriona McGlone with the cup.

In the Liberty Insurance Premier Junior final, it was Laois who were crowned champions with a 2-12 to 1-6 win over Roscommon.

It was finally Laois’ year this year, having already lost previously in recent years, but this experience stood to them in the end as they stayed calm and collected to drive home to victory in style. 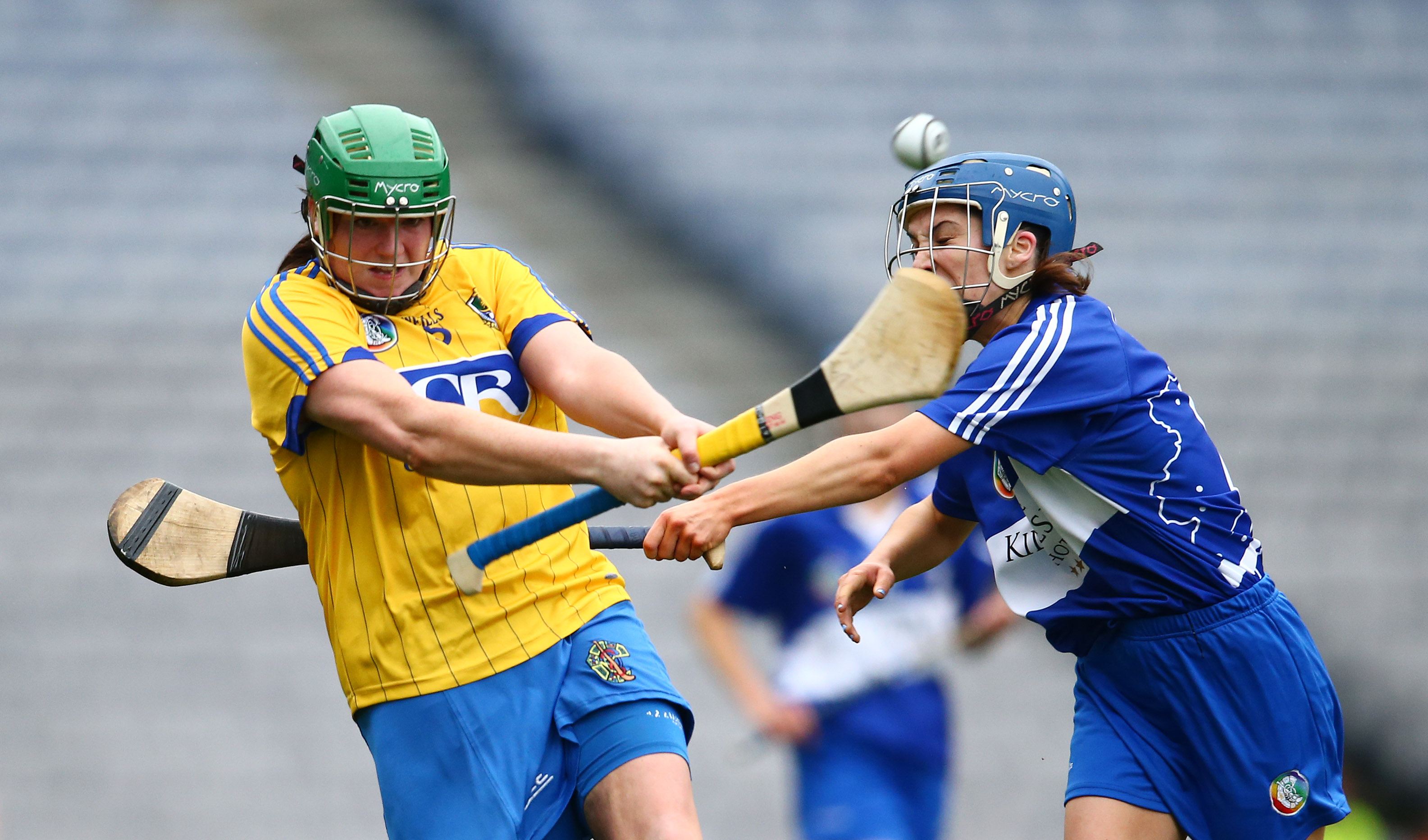 They took the lead early on in the first half and it was one that they never relinquished as they headed for the dressing room 2-6 to 0-4 the better of Roscommon.

While Roscommon broke through on a few occasions in the second half, Laois showed their grit and determination to hold on and a fantastic display from Player of the Match Louise Mahony kept the scoreboard ticking them on to victory and intermediate camogie for 2016. 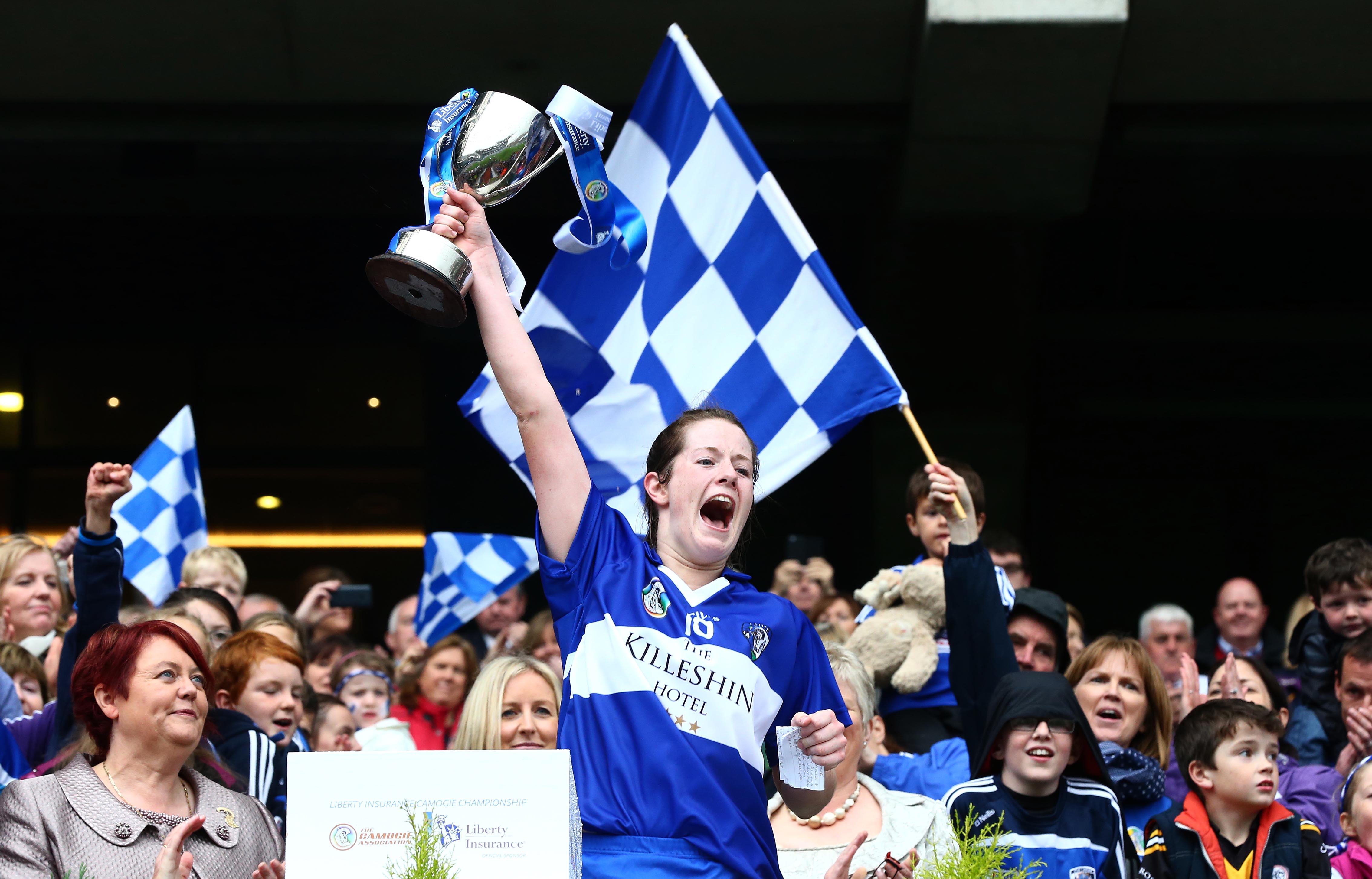 popular
Late Late Show viewers are not happy with Ryan's questions for Billy Connolly
10 items from Zara for the perfect autumn capsule wardrobe
Friends actor James Michael Tyler has died, aged 59
Apparantly, there is one colour you should never wear at a job interview
Former detective chief says Brian Laundrie discovery is "strange"
9 of the best horror movies on Netflix this Halloween
15 brilliant stocking fillers we are picking up from Penneys before they sell out
You may also like
1 week ago
Olympian and world champion runner Agnes Jebet Tirop found dead in home
1 month ago
Katie Taylor reigns supreme after defending lightweight title at Leeds
1 month ago
Ellen Keane wins gold in 100m breaststroke at Paralympics
1 month ago
Women's Afghan football team evacuated safely from Kabul
2 months ago
Handball chiefs urged to resign over 'blatant sexism' of bikini bottoms rule
2 months ago
Kellie Harrington proposed for Dublin's Freedom of the City after phenomenal win
Next Page