Kildare? Mayo? This county in Ireland has the largest amount of binge drinkers

Ever wonder which county consumes the most alcohol?

Released data from the Central Statistics Office in 2017 has revealed everything from who the biggest binge drinkers are to which county gets up the earliest for work in the morning.

The CSO figures show that Dublin has the largest amount of binge drinkers, with Dubs consuming six units of alcohol or more on a night out. 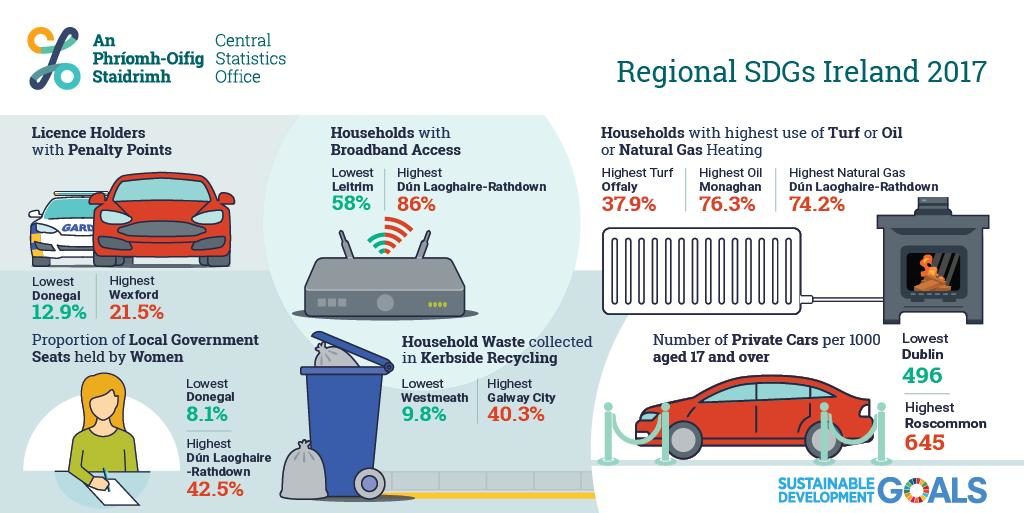 END_OF_DOCUMENT_TOKEN_TO_BE_REPLACED

Workers in Dublin also get up earlier than anyone else to commute to work, with more than 30 percent getting up before 7.30am to make their way to work.

Roscommon has the highest amount of privately owned cars, while Dublin has the lowest amount, which is quite understandable.

END_OF_DOCUMENT_TOKEN_TO_BE_REPLACED

Dublin is also home to women who have the fewest babies in the country, while Longford, Cavan and Waterford have the most babies.

Meanwhile, Donegal has the lowest amount of women in local government seats, and Dún Laoghaire-Rathdown have the most.

Nine out of ten people in Dún Laoghaire-Rathdown also have access to broadband internet, which is the most in the county, while Leitrim has the lowest at 58 percent.

popular
Bride asks for divorce day after wedding following groom's disrespectful cake stunt
Molly Mae shuts down backlash over her baby girl's name
Emma Pattison made distressed call to her sister before murder-suicide
Expert team end search for Nicola Bulley declaring she’s not in the water
Madonna calls out "ageism and misogyny" following Grammys appearance
Brother and sister abducted in March 2022 have been found alive
Here's why Nicola Peltz-Beckham's family are suing her wedding planners
You may also like
22 hours ago
'Did Cork finally invade Waterford?' US train company shares questionable map of Ireland
1 day ago
Here is a list of every Bank Holiday in Ireland in 2023
2 weeks ago
Irish names among the top 10 hardest words for British people to pronounce
2 weeks ago
Patient in his 80s killed in Cork hospital ward following attack
2 weeks ago
Nadine Lott's killer scarred for life following prison attack
3 weeks ago
Gardaí are reviewing "helpful, new" information in Sophie Toscan du Plantier case
Next Page