#Covid-19: What it's like to be Irish and living abroad during a pandemic

Or at least, it seems that way if you head to the supermarket after 3pm.

The Melbourne suburb, much like the rest of the city, has been inundated with people desperately trying to stock up on necessities and non-perishables amid the global Covid-19 outbreak.

END_OF_DOCUMENT_TOKEN_TO_BE_REPLACED

Hannah is one of them. Having recently moved from Dublin to Melbourne, she's feeling a lot more homesick than she would have been if a global pandemic hadn't swept through the world just weeks after she travelled half way across it.

"There's a sense of distrust if you clear your throat on the tram," she says. "It's a very uncertain and stressful time for everyone right now.

"There is a very real, very present tension in the air."

Hannah moved to Australia one month ago. Landing just before the 14 day mandatory quarantine for travellers was introduced, she and her friends count themselves lucky that they did not have to shut themselves off from the world entirely.

END_OF_DOCUMENT_TOKEN_TO_BE_REPLACED

Just this week, Australia introduced new measures that banned pubs, clubs, and markets from opening their doors to the public.

Bondi Beach closed six days ago to deter people from flocking there when the weather is good. Beaches in St Kilda, Brighton, and Port Philip shut today for the same reason.

Anybody arriving into the country must self isolate for 14 days. No exceptions.

Despite this, Hannah says that the attitude in Melbourne is still a lot more "laissez faire" compared to what it is back home.

END_OF_DOCUMENT_TOKEN_TO_BE_REPLACED

Up until this week, she says that a lot of Irish were still flocking to pubs and restaurant across St Kilda - congregating in groups and throwing parties on the beach.

"It showed a real lack of empathy," says Hannah. "You don't need to know someone working in the healthcare sector - or even have to turn on the news - to know the potential detriment of your actions.

"This 'if it doesn't affect me, it doesn't matter' attitude could literally lead to more deaths." 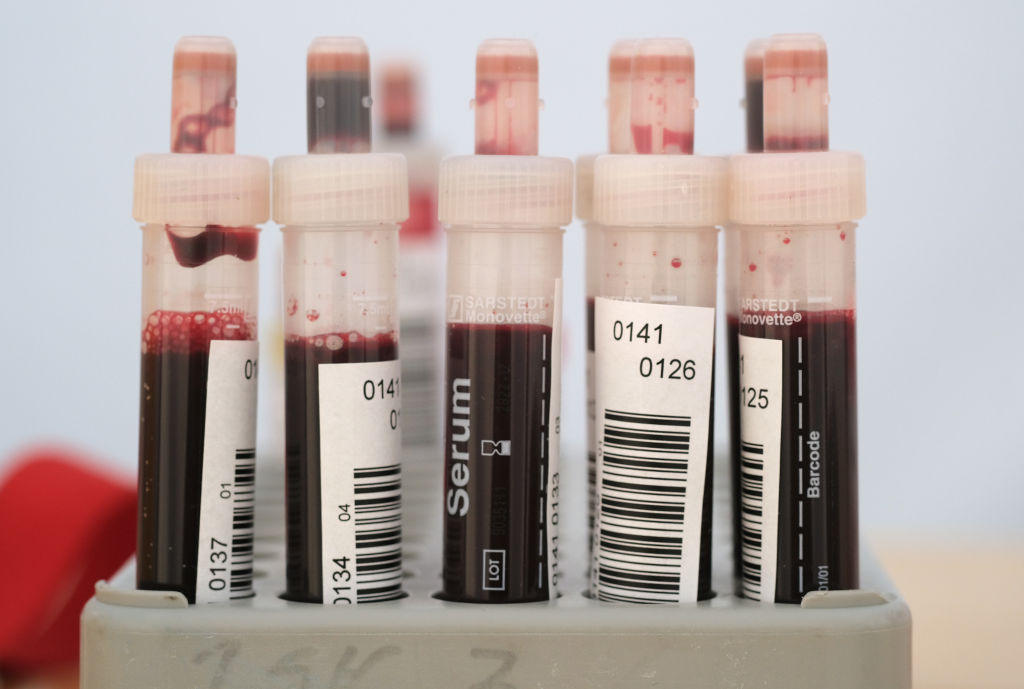 Understandably, not every Irish person in Melbourne has been reacting so nonchalantly. Where some had been spending their time cooped up in the pubs, others had been desperately trying to source a way home.

Since the outbreak began, Facebook groups like Irish Around Melbourne have been awash with panicked messages, screenshots of cancelled flights, and questions around how someone can possibly get themselves a job during a pandemic.

"People are rapidly losing work and others are finding it harder to hold onto the leads they have," says Hannah.

"I don't regret moving over at all, but I know that right now I couldn't get home if I wanted to. That definitely adds to the stress."

The travel situation has yet to reach such critical levels in Berlin.

Last week, the Irish living there were informed that if they wanted to go home, they had to do so as soon as possible. The window for travel is narrowing, so decisions need to be made quick.

Sarah has been living in Berlin since 2016. When the outbreak first began having significant effects on travel and work arrangements, her first reaction was to go home to her native Galway.

But now, she says she's glad that she stayed.

"I didn't want to chance that I could be a carrier and infect family back home," she says.

"The last week working from home I've actually been more in touch with my family in the evenings than I would be on a normal week, which is one positive to come out of all of this.

"It is strange to follow the news from Ireland and tweets about how everyone is dealing with it over there without being there. But right now we all seem to be in similar situations."

Before Taoiseach Leo Varadkar announced a ban on gatherings of more than four people in Ireland, the German government introduced their own strict group restrictions.

Gatherings of more than two people not from the same household are now prohibited as the country tries to curb the spread of the virus. 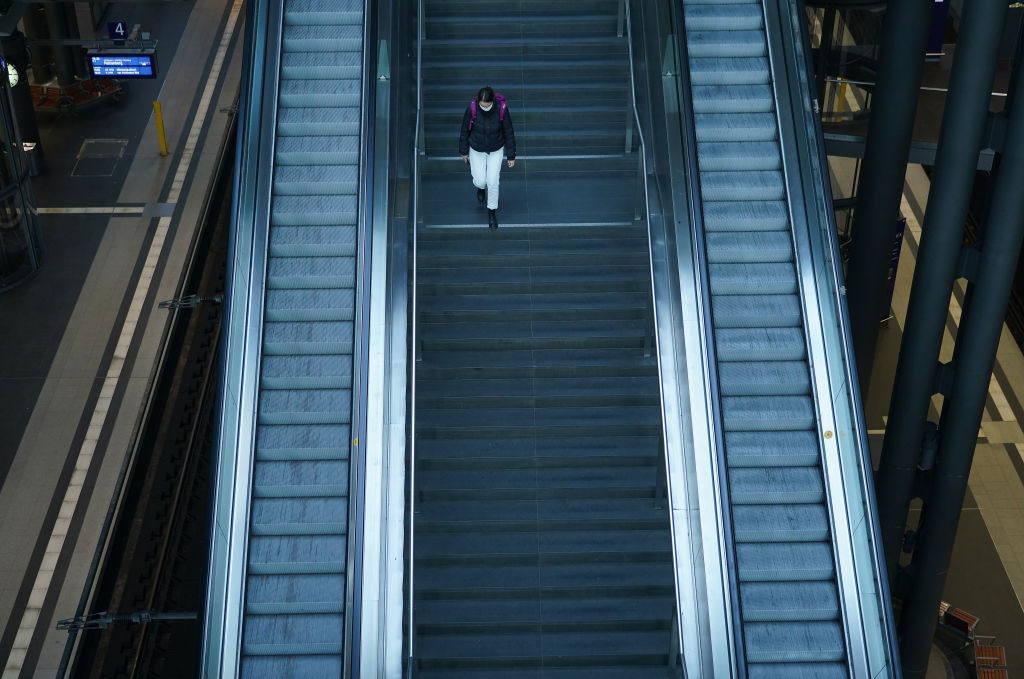 Earlier this week, the Senate of Berlin introduced further restrictions that require all residents to carry an ID card and proof of address when going outside.

Sarah says that the reaction to the new measures has been mixed. Where a lot of people have been adhering to the rules, some are still trying to continue on as normal.

"Some people are not leaving their houses at all and others are gathering in large groups for drinks in the park as the weather is getting nicer," she says.

"A lot of people are slowly starting to react now but many are still acting as if everything is normal. It's strange. They see it as a holiday.

"They've put signs up on the playgrounds telling people not to bring their kids there but we still saw kids playing there today (March 24)."

At the time of writing, the number of confirmed Covid-19 cases in Germany stands at 42,288, with the country experiencing a surge of almost 6,000 in just 24 hours.

But despite the significant rise in positive cases, Germany still has one of the lowest fatality rates for Covid-19 in Europe. Regardless, Sarah hopes that the new measures are respected - to avoid a total lockdown.

"I'd hate to be in a situation where it becomes really difficult to even get out for fresh air," she says.

Like most countries, those living in Germany are still permitted to go out for exercise - as long as they don't go in groups of more than two.

The UK introduced similar, albeit stricter, measures this week. Prior to his positive Covid-19 test, prime minister Boris Johnson announced a three-week total lockdown, including the closure of all non-essential businesses and the cancellation of all events - with the exception of funerals.

The measures may seem severe, but for some, they have been the wake up call the country needed.

Doireann has been living in London for the past four years. She moved there from Dublin to work in the performing arts industry - an area that has been hit considerably hard by the coronavirus outbreak.

"Most of the film and TV industry depends on human interaction to be able to do their jobs, whether with a live audience, or groups together on film sets," she says.

"I know a lot of people who were very frustrated that the government did not shut down live venues like theatres and clubs initially, but instead advised people to 'stay away.'

"Not being officially shut down but losing all their customers was a huge blow to a lot of these businesses and some won't recover." 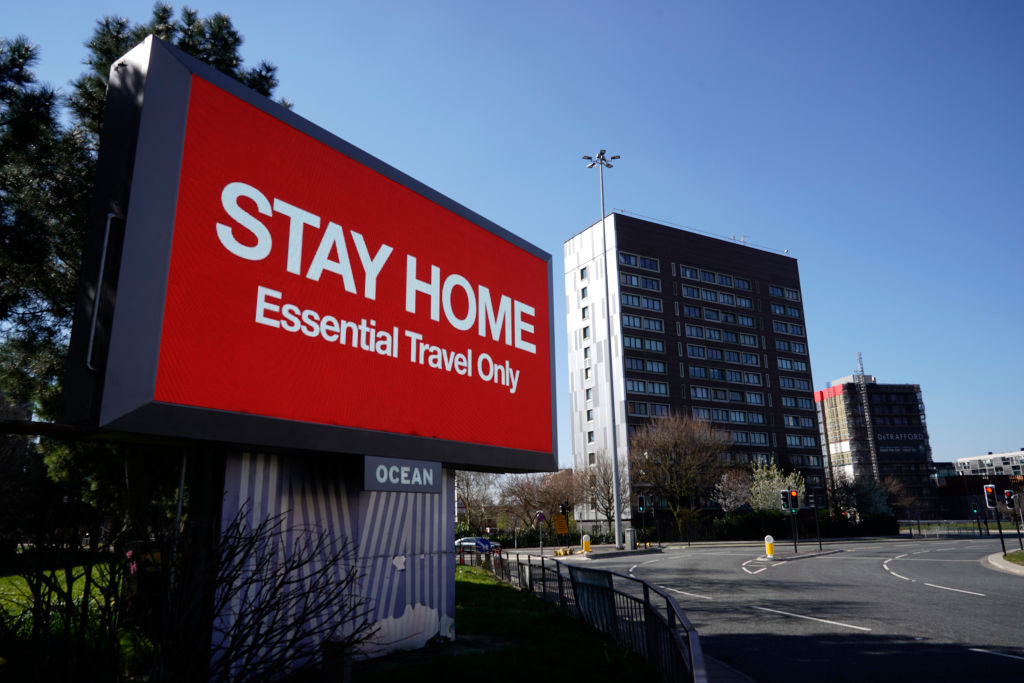 Since the lockdown, they have been shut. Where social distancing was once inconsistent and chaotic, the new measures have since take full effect across the country.

Now, most shops have queues outside them. Supermarkets are only letting in specific numbers of shoppers. People are taking their designated one exercise per day very, very seriously.

Doireann says that while she shares the almost universal fears around money, her health, and the rising number of positive cases, before the lockdown she was also extremely concerned by what she was seeing on social media.

Where most EU countries had closed their schools, enforced social distancing rules, and shut non-essential businesses, up until this week, a lot of the UK was seemingly trying to continue on as normal.

"The Irish government definitely took it a lot more seriously and acted quicker than the UK government," she says.

"It was scary seeing these sensible measures being put in place to protect people at home and not seeing those same measures where you're living.

"Things are quite different now. There's queues to get into all shops to buy food. People seem much more aware of standing apart now. Better late than never, I suppose."

Life does still go on for the Irish in London - as well as it can, given the circumstances.

For Doireann, that involves going for a daily walk in the park, FaceTiming friends back home, and debating with her boyfriend about whether it would be smarter to stay in London - or go back to Dublin.

For the time being though, she says that she's going to stay.

"We're going to take each day as it comes," she says. "It's hard not being in the same country as a lot of your loved ones.

"It's the uncertainty that's the worst, not knowing when I'm going to see my family again."