Be honest; do you tailor your Tinder profile based on who might see it rather than the people you want to see it?

We're talking the people you really don't want to run into on there - your boss, a relative, your ex.

You leave out your thirstiest selfies for fear that one of these people will see it and judge you.

A new dating app that ensures no-one you know will see you (unless you want them to) has just launched and we are super intrigued.

Pickable lets women browse potential matches' profiles, just like on other dating apps, but without having to put up any photos, bio or name themselves.

Once a woman sees someone she likes, she can request to chat to him. The guy then gets to see a photo of her and can choose to accept or deny her request.

If he accepts, either he or she can write to one another. 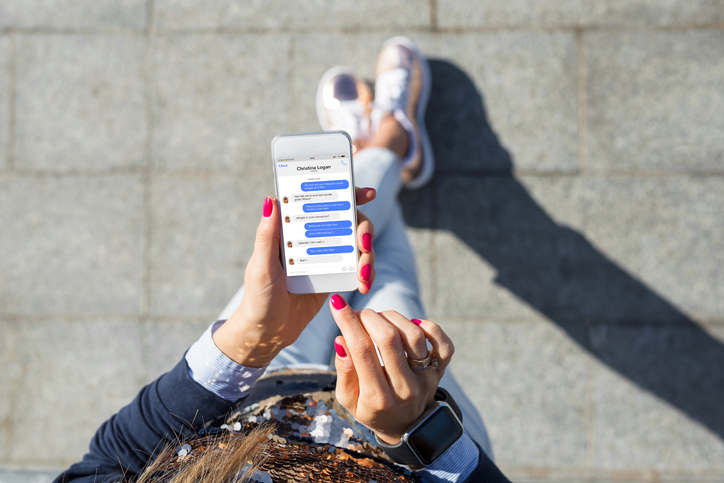 END_OF_DOCUMENT_TOKEN_TO_BE_REPLACED

It's not the first dating app to give women the power but has the advantage of more anonymity than other dating apps.

It also takes a lot of the effort out - just one photo and no long bios, encouraging users to just get talking and find out more about each another.

Currently, Pickable only matches people who identify as either men or women but its makers say that an LGBT version is in the works.

popular
Late Late Show viewers are not happy with Ryan's questions for Billy Connolly
Former detective chief says Brian Laundrie discovery is "strange"
10 items from Zara for the perfect autumn capsule wardrobe
WATCH: Parents see person walk past daughter's crib in creepy baby monitor footage
Paris Hilton says she was "slapped" and "strangled" as a teen in youth care
This hot water bottle pouch is perfect for menstrual cramps
Someone has ranked the penis size of men from all over the world
You may also like
1 month ago
Twitter is going nuts over Olivia Munn and John Mulaney being a thing
2 months ago
Nearly half of women cancel dates due to body insecurities
2 months ago
Real life Ross and Rachel? The craziest celeb dating rumours we've ever heard
2 months ago
MTV's Catfish is seeking Irish cast members
3 months ago
RTÉ seeking singletons for brand new dating show
3 months ago
You can get free 'Super Likes' on Tinder if you support the vaccine now
Next Page