Waterford and Kildare will do battle for All-Ireland glory on September 13th, after two fantastic displays in the Liberty Insurance intermediate championship semi-finals on Saturday to overcome Meath and Cork respectively.

First up, Waterford overcame Meath by the smallest of margins (3-10 to 3-9) in a goal-filled game that was a rollercoaster of a ride for supporters. 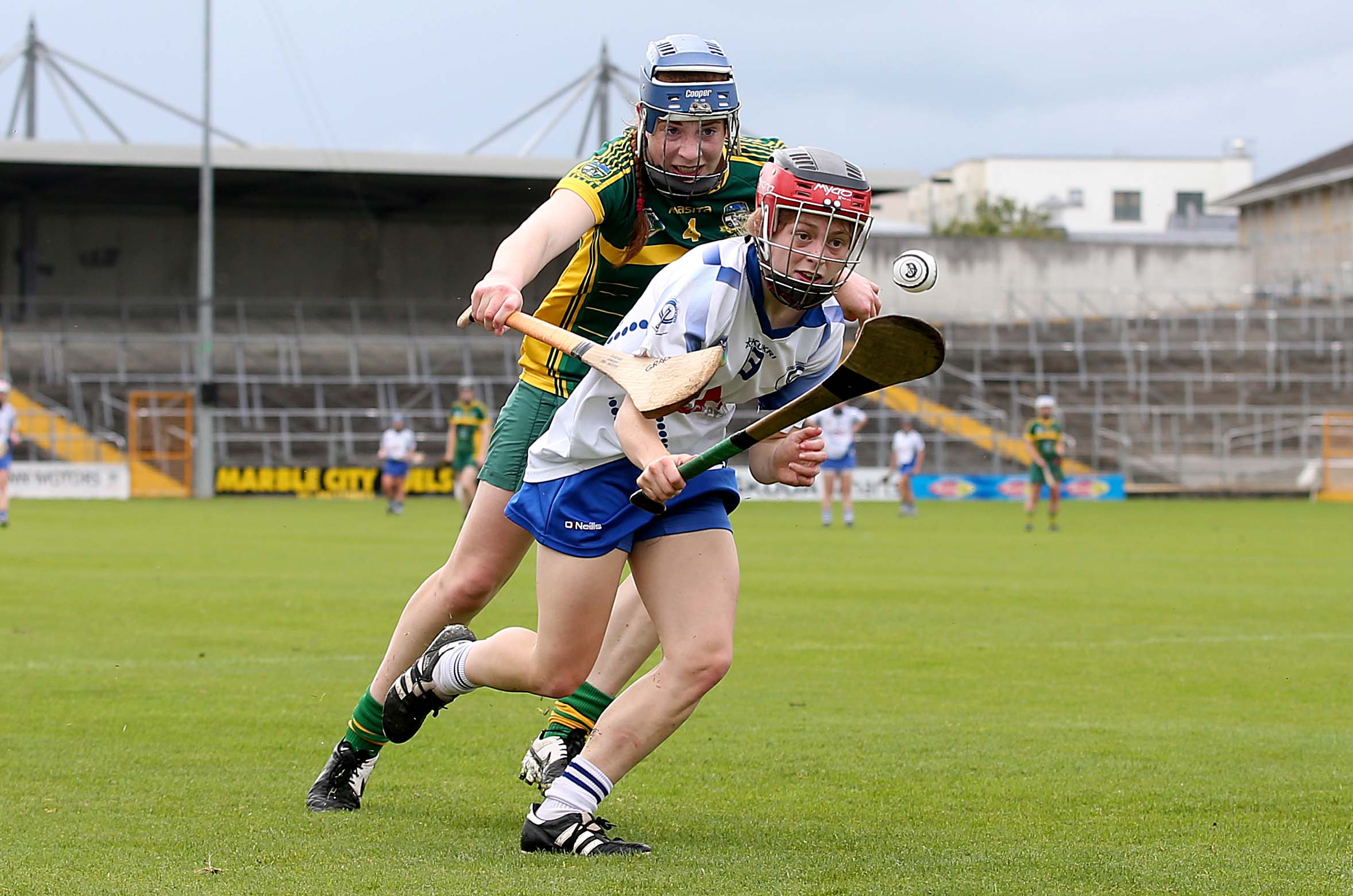 Aisling Power of Waterford with Grace Coleman of Meath

END_OF_DOCUMENT_TOKEN_TO_BE_REPLACED

Meath dominated proceedings in the first half with the superb Jane Dolan bagging two goals and three points, while Megan Thynne also netted to send them storming into the dressing room on a 3-4 to 0-5 lead at half-time.

For many, it looked like game, set and match to the Royals, but those who have been following Waterford this year knew that this game was far from over. 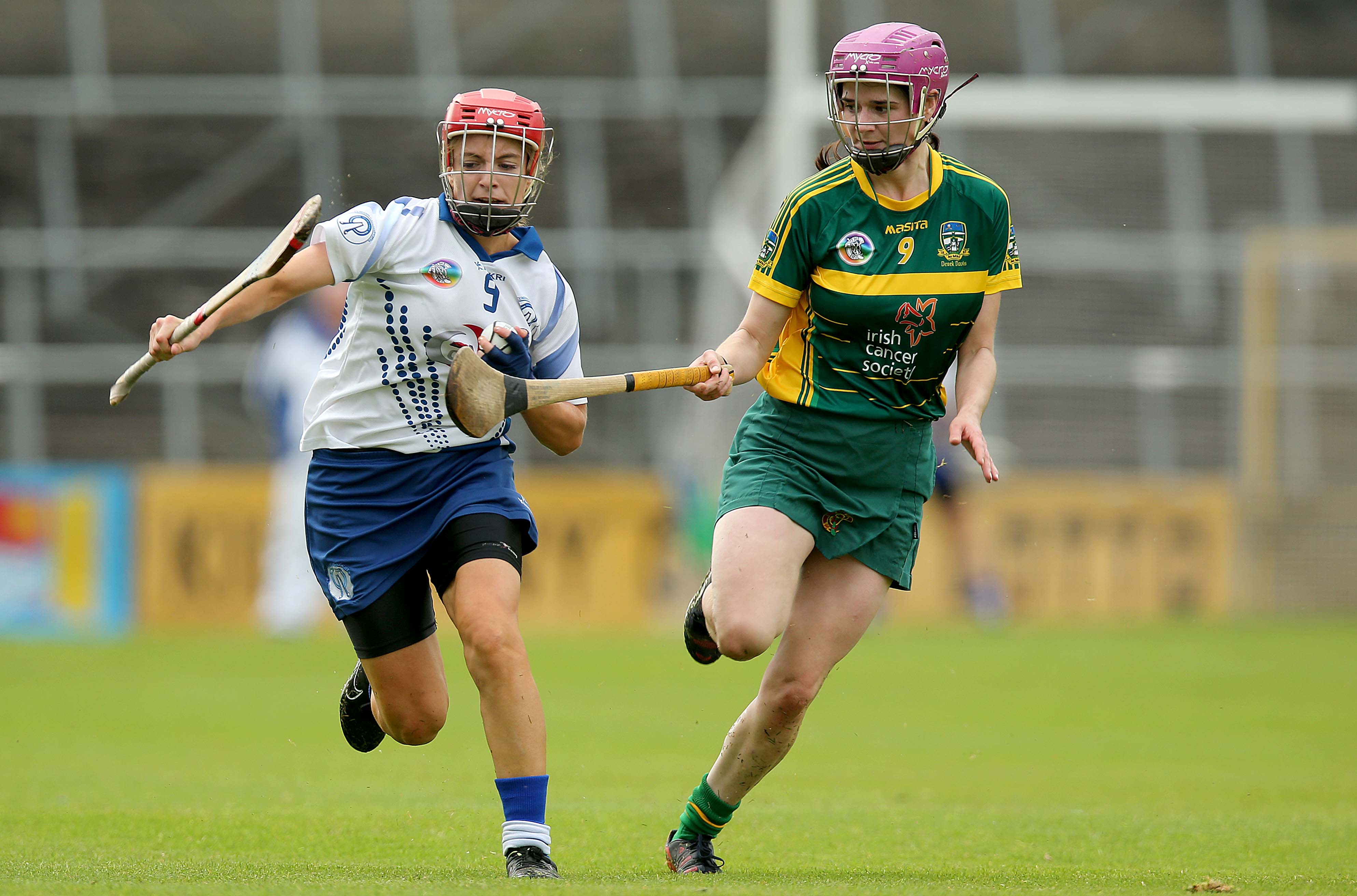 Katie Hackett of Meath with Lorraine Bray of Waterford

Sure enough, they showed their grit and determination as the second half got underway, and three goals in the space of eight minutes midway through the half turned the game on its head completely.

With goals from Shona Curran, Aisling Power and Beth Carton supplemented by points from Trish Jackman, Waterford were suddenly three points up and it was well and truly game on. 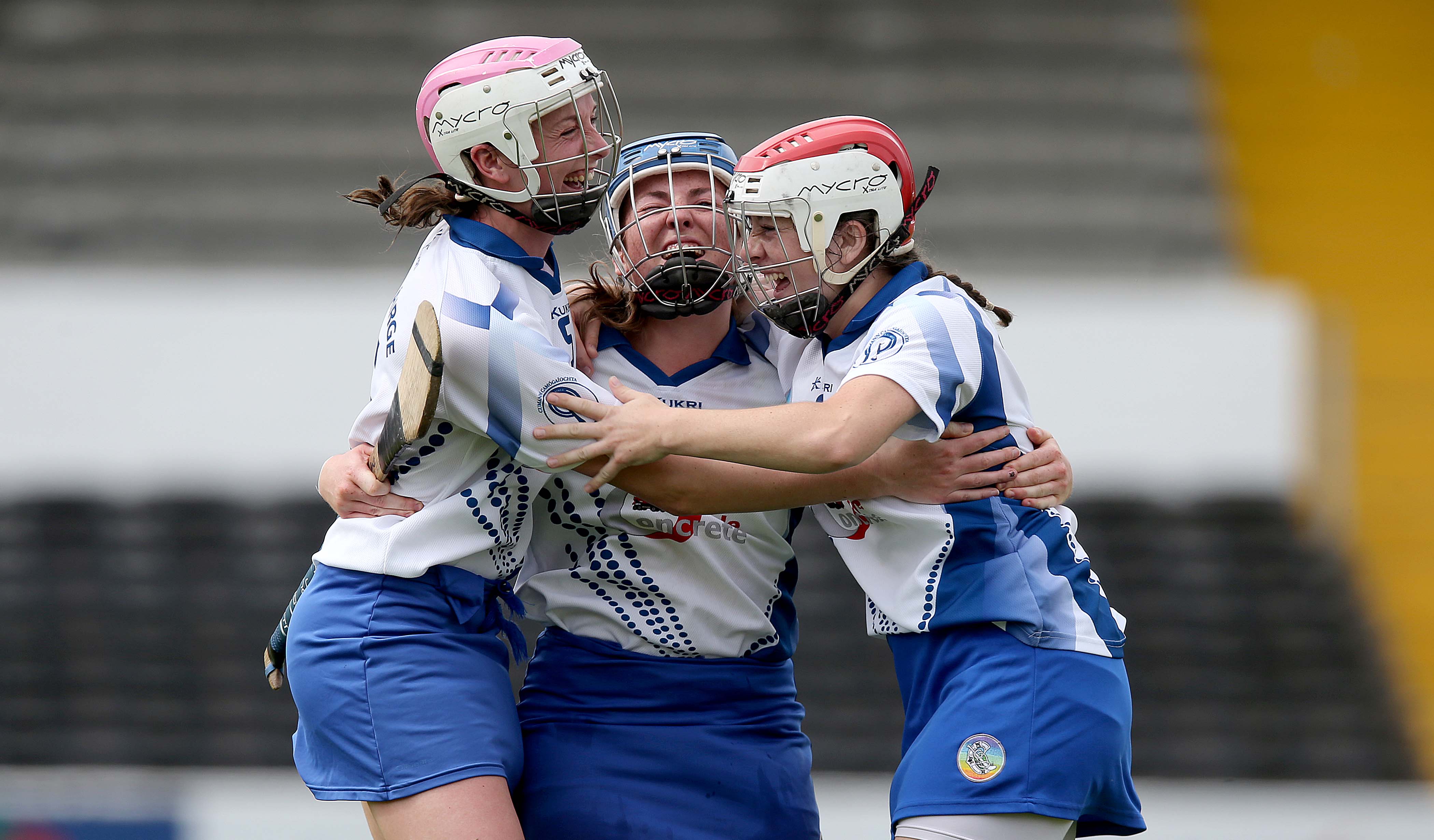 Celebrations at the final whistle.

END_OF_DOCUMENT_TOKEN_TO_BE_REPLACED

Dolan pulled back two for Meath to leave the bare minimum between the sides, but Waterford stood firm under pressure as the clock ticked down, and held out for a remarkable 3-10 to 3-9 win.

In the second semi-final, it was the turn of Kildare and Cork who also dished up a truly thrilling display.

A goal on the dot of half-time from Kildare’s Emer Reilly proved to be decisive as the Lily Whites headed to the dressing room on a four-point cushion, a lead they would not relinquish. 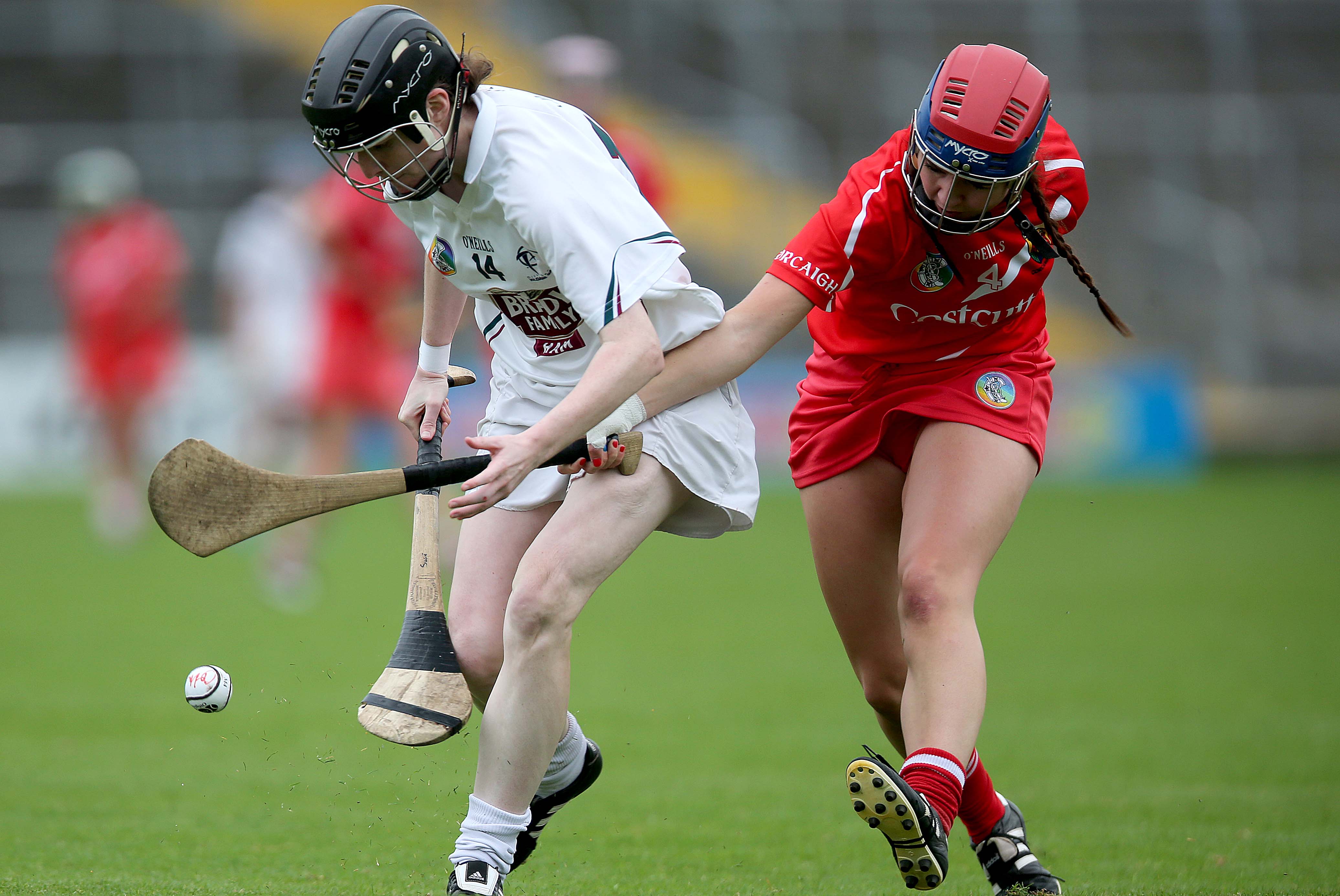 Susie O'Carroll of Kildare with Niamh O'Keeffe of Cork

An on-form Susie O’Carroll kept things ticking over on the scoring, and despite huge pressure from Cork in the second, a solid defensive unit for Kildare kept things under control to run out 1-12 to 0-11 winners and book their spot in the Croke Park decider against Waterford on September 13th.

END_OF_DOCUMENT_TOKEN_TO_BE_REPLACED 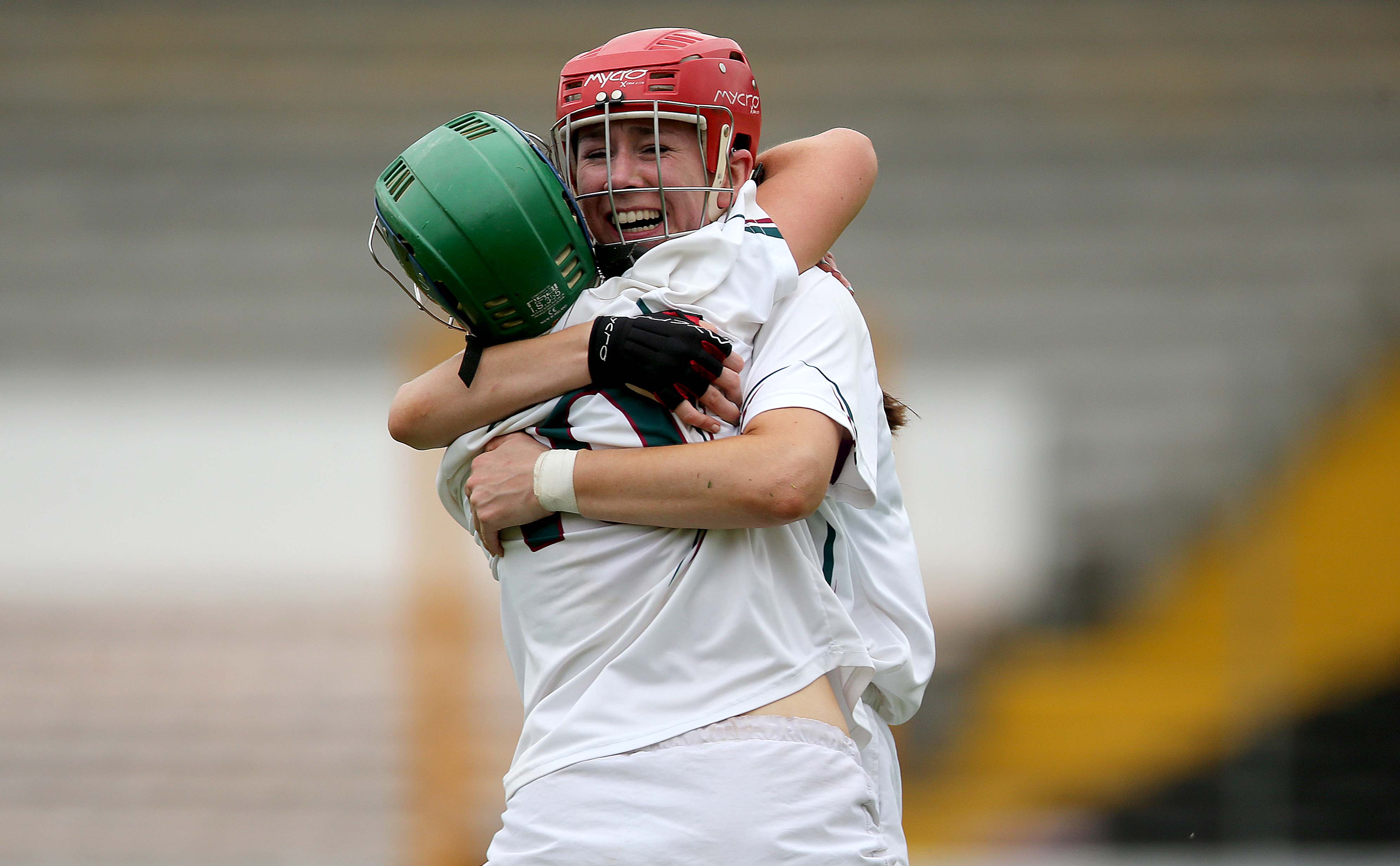 Meanwhile in the Liberty Insurance Premier Junior championship semi-finals, Laois overcame Westmeath 1-16 to 0-8, while Roscommon overcame Dublin 1-9 to 1-5 to tee up a Laois/Roscommon All-Ireland final in Croke Park on September 13th.

popular
Late Late Show viewers are not happy with Ryan's questions for Billy Connolly
10 items from Zara for the perfect autumn capsule wardrobe
Friends actor James Michael Tyler has died, aged 59
Apparantly, there is one colour you should never wear at a job interview
Former detective chief says Brian Laundrie discovery is "strange"
9 of the best horror movies on Netflix this Halloween
15 brilliant stocking fillers we are picking up from Penneys before they sell out
You may also like
1 week ago
Olympian and world champion runner Agnes Jebet Tirop found dead in home
1 month ago
Katie Taylor reigns supreme after defending lightweight title at Leeds
1 month ago
Ellen Keane wins gold in 100m breaststroke at Paralympics
1 month ago
Women's Afghan football team evacuated safely from Kabul
2 months ago
Handball chiefs urged to resign over 'blatant sexism' of bikini bottoms rule
2 months ago
Kellie Harrington proposed for Dublin's Freedom of the City after phenomenal win
Next Page