It's more than nine hundred years since the Viking Age, so it's no surprise we've forgotten which of us are descendants of the Scandinavians.

However, there is a rather straightforward way to check (and it doesn't involve growing a beard or pillaging a village). 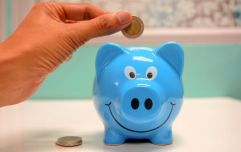 END_OF_DOCUMENT_TOKEN_TO_BE_REPLACED

Thousands of us could be descendants of Vikings – especially if your surname ends in ‘son’, according to experts.

TV channel HISTORY (which you can find on on Sky) worked with Alexandra Sanmark, from the Centre for Nordic Studies, University of the Highlands and Islands to mark the launch of series four of Vikings.

Their survey of 2,000 people found 56 per cent admit they would like to discover they have Viking heritage.

And experts say surnames can give you an indication of a possible Viking heritage in your family, with anything ending in ‘son’ or ‘sen’ likely to be a sign. These are the top 20 names for naughty children

END_OF_DOCUMENT_TOKEN_TO_BE_REPLACED

Other surnames which could signal a Viking family history include ‘Roger/s’ and ‘Rogerson’ and ‘Rendall’.

Names which refer to a personal characteristic were also common among Vikings, such as ‘Long’, ‘Short’, ‘Wise’, ‘Lover’ and ‘Good.’

“The people of the Viking Age did not have family names, but instead used the system of patronymics, where the children were named after their father, or occasionally their mother.

“So, for example the son of Ivar would be given their own first name and then in addition ‘Ivar’s son’. A daughter would be Ivar’s daughter.

“A famous example from a 13th-century Icelandic saga, describing the Viking Age, is Egil Skallagrimsson, who was the son of a man named Skalla-Grim.

“This naming pattern still remains in use in Iceland today but has been abandoned in Scandinavia in favour of family names." 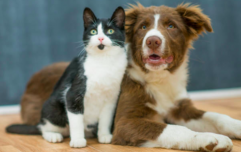 END_OF_DOCUMENT_TOKEN_TO_BE_REPLACED

Apparently, the Irish surnames Doyle and McDowell come from Ó Dubh-ghail, meaning ‘son/grandson of the dark or evil one’, while MacAuliffe is derived from ‘Son of Olaf’.

Orkney and Shetland, where the Viking heritage is very strong, is home to many names which can be traced back to the period including ‘Linklater’, ‘Flett’, ‘Scarth’, ‘Heddle’ and ‘Halcro.’

Scottish names such as ‘McIvor’, ‘MacAulay’ and ‘McLeod’ could also signal a Viking family history.

popular
Love Island fans have some things to say about Shaq and Tanya's confession
Man charged with the murder of pregnant Natalie McNally
Wayne Lineker called out for comment on Tommy and Molly-Mae's baby news
Natalie Imbruglia's Torn is actually a cover and the original just isn't the same
Chris Hughes reveals he has been rushed to hospital in "worst" night of his life
Love Island's Haris spills all on an unaired fight between Zara and Tanyel
Priscilla Presley pays tribute to daughter Lisa Marie on her 55th birthday
You may also like
6 days ago
After Stormi and Aire, here are 32 baby names also inspired by the elements
3 months ago
The 10 most popular girl names for October babies
1 year ago
Kanye West legally changes his name to Ye
2 years ago
Mum accidentally names twins after TV show and now wants to change their names
3 years ago
16 baby names from the Nineties that need to be brought back into fashion
3 years ago
We can guess your name based on your Leaving Cert points
Next Page