Follow A Strict Paleo Diet? This News Could Change Everything

If you’ve been following a strict Paleo food plan in the hopes of attaining the healthiest diet for your training, we might have some bad (or possibly good) news for you.

While the Paleo diet follows the principal that we should eat as our ancestors did, the basis of the lifestyle choice sees followers chowing down on lots of animal protein and very few carbs.

Unfortunately for those fitness fanatics, the latest study published in the Quarterly Review of Biology has found that starch found in carbohydrates was a key nutrient for humans back in the day. 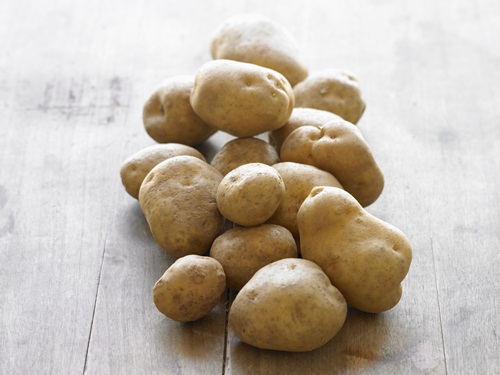 END_OF_DOCUMENT_TOKEN_TO_BE_REPLACED

The research also indicates that thanks to the quick development of brains and evolution, humans actually needed to make sure they were taking in enough carbs to sufficiently serve the brain glucose and boost metabolism.

Speaking about the research, the team behind the latest turn in the Paleo following said:

"Eating meat may have kick-started the evolution of bigger brains, but cooked starchy foods together with more salivary amylase genes made us smarter still.”

So what’s the top advice to take from the news?

While we shouldn’t take it as free reign to start munching on sliced pans of bread, starch found in carbohydrates such as potatoes are actually key brain food we need to help increase our brain function.

popular
Penneys has just announced they are bringing out a furniture collection
A new bank holiday may be on the way as part of this year's Budget
Here's what happens on every day of your menstrual cycle (roughly)
Here's the average age people lose their virginity around the world
Amy Schumer shares powerful advice as she undergoes endometriosis surgery
Designer Tom Ford's husband of 35 years dies at 72
Love Island's Toby reveals all about his plans for an Irish visit and his big move with Chloe
You may also like
1 year ago
Drinking coffee can help ease pain in some cases, according to research
1 year ago
Nutritionist says eggs are an essential breakfast food and we're okay with that
1 year ago
Eating a banana for breakfast is actually a pretty bad idea
2 years ago
Got your period? Try to avoid these foods as much as possible
2 years ago
This is why you should avoid ordering soup when out for a meal
2 years ago
Study shows people who go to sleep at this time consume more calories
Next Page