Food for Thought: A Short History of Gummy Bears

We need food and drink to survive, to nourish us and to keep us in tip-top shape. But did you ever wonder about the history behind certain foods?

This week in "Food for Thought", we’re bringing you the story behind “Gummy Bears”.

The gummy bear originates in Bonn, Germany where they’re known as Gummibär or Gummibärchen.

END_OF_DOCUMENT_TOKEN_TO_BE_REPLACED

In 1920, Hans Riegel began making sweets and confectionery in his home. His wife would then gather up the sweets and sell them from the basket of her bicycle. This is where the company Haribo was born. 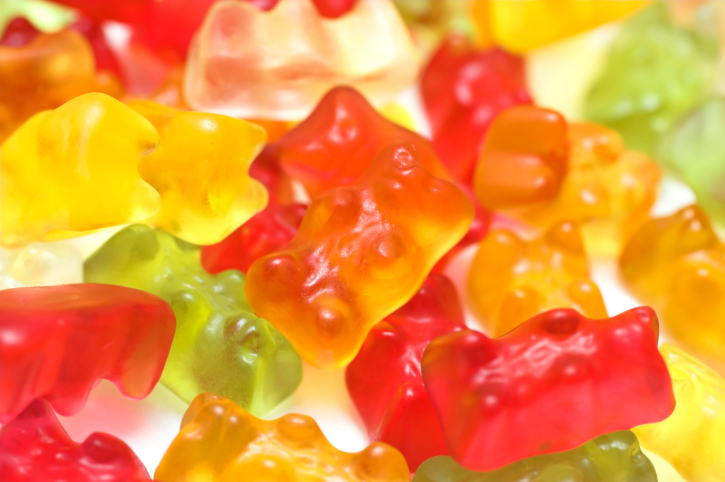 In the beginning, natural gum from hardened sap was used for the original base ingredient for the product, hence the name gum or gummy. The small fruit-flavoured gum was affordable and became a favourite for both children and adults alike.

END_OF_DOCUMENT_TOKEN_TO_BE_REPLACED

The exact recipe for the delicious gummies is closely guarded and Haribo remains as one of the largest manufacturers of gummy in the world.

It’s estimated that the company produces more than 80 million bears a day for distribution.

popular
Here are the baby name trends set to dominate 2023
Here is the reported I'm A Celeb All Stars line-up
Hailey Bieber shuts down rumours she dated Justin while he was with Selena Gomez
Two Love Island 2022 stars have just become step siblings...
Irish twins featured by Gucci during Milan Fashion Week
5 delicious brunch spots around Ireland to try out on your next trip with the girls
ITV boss defends Phil and Holly once more
You may also like
2 months ago
McDonald's increases menu prices due to rising inflation
2 years ago
Drinking coffee can help ease pain in some cases, according to research
2 years ago
Nutritionist says eggs are an essential breakfast food and we're okay with that
2 years ago
Eating a banana for breakfast is actually a pretty bad idea
3 years ago
Got your period? Try to avoid these foods as much as possible
3 years ago
This is why you should avoid ordering soup when out for a meal
Next Page