Gay penguins steal chick at zoo after parents 'neglected' it

Gay penguins stole a chick from its parents at a zoo after they were "neglecting" the baby to go for a swim.

The couple made their move this week when the chick was left unattended at Denmark's Odense Zoo.

According to zookeepers, the gay penguins have been "desperate" to become parents for quite some time.

Danish broadcaster DR reports that the couple stood by the chick when its parents left to try and forcefully adopt it.

Animal keeper Sandie Hedegård Munck said that then she knew something wasn't right.

"I could see that something was completely wrong. The parents disappeared and the kid was simply kidnapped.

"It was a pair of gay males who had snatched it and was stood with it.”

Sandie said that when the chick's parents did not immediately return from their swim, the couple thought that they could look after the chick themselves.

However, once the parents did arrive to claim their chick a fight ensued. 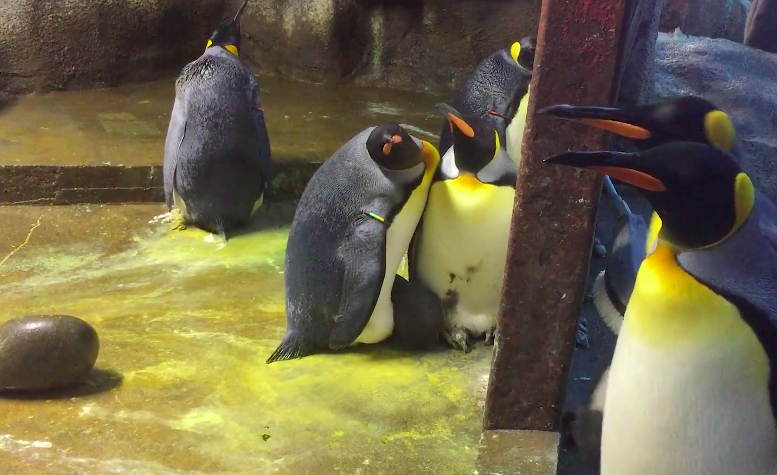 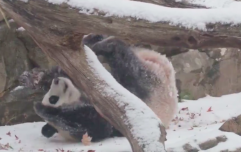 Happy Friday! Here's a video of a panda rolling around in the snow

END_OF_DOCUMENT_TOKEN_TO_BE_REPLACED

The gay penguins eventually retreated accepting that the chick was not their to take.

Odense Zoo have since given the birds their own egg to raise from a mother who cannot look after the chick herself due to an illness.

One of the dads-to-be is now successfully brooding on the egg.

popular
Daisy Coleman from Netflix's Audrie & Daisy has died, aged 23
Rupert Young, twin brother of Will Young, passes away, aged 41
Gwen Stefani reportedly pregnant with baby number four
Kate Middleton has addressed the rumours that she's pregnant with her fourth child
Someone has ranked the penis size of men from all over the world
WATCH: Sneak peak of Paul Mescal in latest Rolling Stones' music video
The second season of Dirty John lands on Netflix next week and we’re already hooked
You may also like
11 months ago
'Meng Meng became a mom!' Berlin Zoo celebrates the rare birth of panda twins
1 year ago
300 'washback' baby turtles are being helped out by a Florida zoo
2 years ago
Zoo denies painting donkey black and white to pass it off as a zebra
2 years ago
This couple's engagement pics were photobombed in the cutest way ever
3 years ago
Cambridgeshire zoo says tiger will not be put down after attack
4 years ago
WATCH - This little boy had a very close encounter with a lion in a Tokyo Zoo
Next Page