If you’re a dog owner, then you’ll know what that love feels like.

It’s a love that makes you want to lie on the filthy ground and let them jump on you. 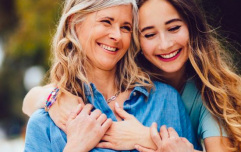 Mother's Day: 10 meaningful ways to spend time with your mum this year

END_OF_DOCUMENT_TOKEN_TO_BE_REPLACED

One woman who knows that better than anyone is Shelby Hennick.

With her grandmother sick in hospital, she would do anything to brighten her day just a little.

And while pets are not allowed come to visit, Shelby’s grandmother was dying to see her four-legged friend. 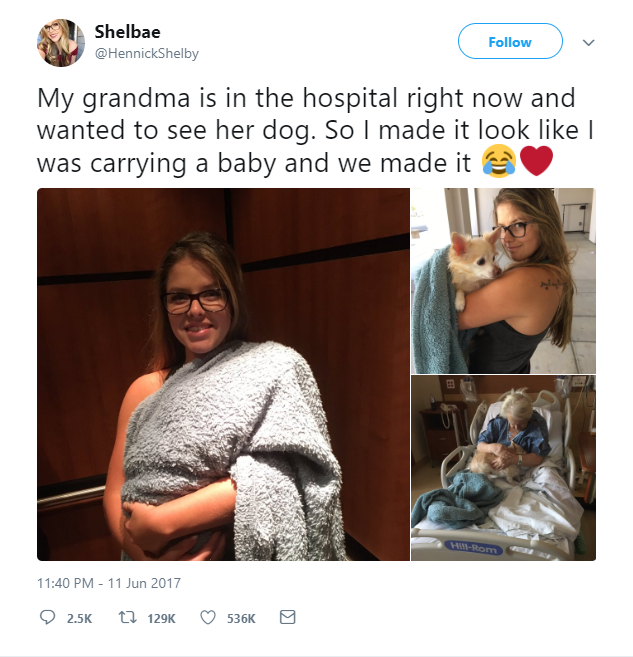 END_OF_DOCUMENT_TOKEN_TO_BE_REPLACED

So being the good granddaughter she is, Shelby came up with a genius plan to sneak her nana’s pooch in.

“My grandma is in the hospital right now and wanted to see her dog,” read Shelby’s tweet. “So I made it look like I was carrying a baby and we made it.”

The adorable pictures have been liked nearly 500,000 times and have melted the hearts of people everywhere.

And can't you see why? That's that love, right there. 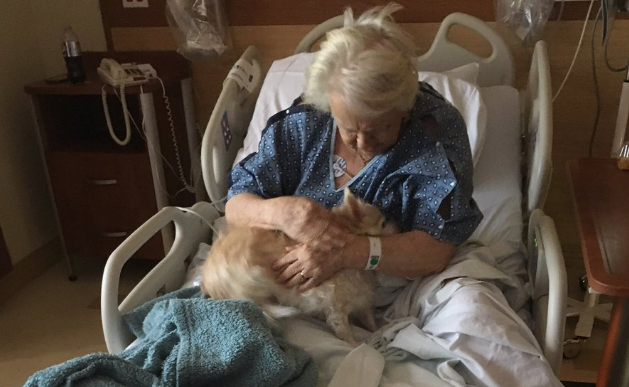 popular
Dublin Airport in "shambles" after weekend of chaos
Irish actor Donal Courtney dies aged 52
Doctor Strange actress Zara Phythian receives 8 years for child sexual abuse
Sex educator Jenny Keane is back to answer more of your sex and pleasure questions
Why Are Men so Obsessed With Boobs? The Answer is Pretty Surprising...
Coleen Rooney shares "suspicious" DM she received from Rebekah Vardy before Wagatha Christie
Love is dead... Shakira and her husband Gerard have reportedly split
You may also like
3 months ago
Molly-Mae says she's "so ready" to start a family with Tommy Fury
3 months ago
Vogue Williams describes "hellish" flight home with daughter Gigi
5 months ago
World's 'most identical twins' want to become pregnant by same fiancé
6 months ago
Equality for Children campaigners achieve rights after 5 years
7 months ago
Dad speaks out after school tells daughter period pain is not a valid reason to miss class
7 months ago
Westlife's Mark Feehily calls for surrogacy legislation in Ireland
Next Page