Guinness Lovers Rejoice: A Pint Of The Black Stuff Is About To Become Vegan Friendly

We'll drink to that!

Ireland may be known as being home to the black stuff, but for some time now, vegans and vegetarians have been avoiding the popular Irish pint due to the processes used to filter the drink.

Now though, according to The Times, from 2016 vegans will officially be able to drink Guinness thanks to a change in their procedures. 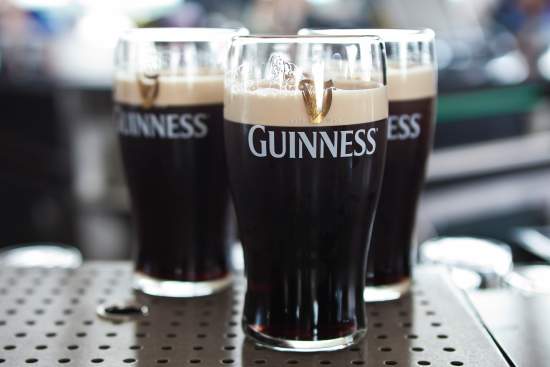 END_OF_DOCUMENT_TOKEN_TO_BE_REPLACED

The news has been reported following a statement from a spokesperson for the company this week, whereby it was revealed that Guinness will stop using isinglass, a by-product of the fishing industry, for filtering.

The news has been welcomed by vegans and vegetarians alike as it has been reported that Guinness will now look at alternative filtration methods for the drink.

popular
Tributes paid to Limerick based blogger and model Patrick McLoughney
This is how much 91-year-old Queen Elizabeth drinks every day
This TikTok hack shows you how to pack more despite baggage allowance
Another Strictly star has pulled out of the live show
Simon Harris gives three urgent options for easing restrictions next week
Not going anywhere: Baby names set to stay popular for the next decade
Lidl closing early this weekend to thank staff for hard work
You may also like
1 month ago
Irish woman dies after being found in Berlin club
5 months ago
Irish collective release new female empowerment pop anthem
6 months ago
Almost 40% of Leaving Cert students have chosen not to sit the Irish exam this year
7 months ago
Neon knit of dreams: These Irish handmade pieces offer an alternative to fast fashion
10 months ago
WATCH: JANDO's Christmas ad about loved ones abroad has us in tears
1 year ago
Georgie Crawford launches spin-off podcast focusing on all things health
Next Page