END_OF_DOCUMENT_TOKEN_TO_BE_REPLACED

3. Creates babies if you're any way that inclined.

There is one benefit of sex though that we weren't really that aware of.

END_OF_DOCUMENT_TOKEN_TO_BE_REPLACED

According to a new study, having lots and lots of sex can actually help you sleep easier.

We know, we know, it's hardly surprising that after a considerable amount of riding you're totally wrecked and just need to conk out ASAP, but as it turns out, there's actual science behind this.

And it's not just related to the physical act of having sex either - it's also about orgasms. 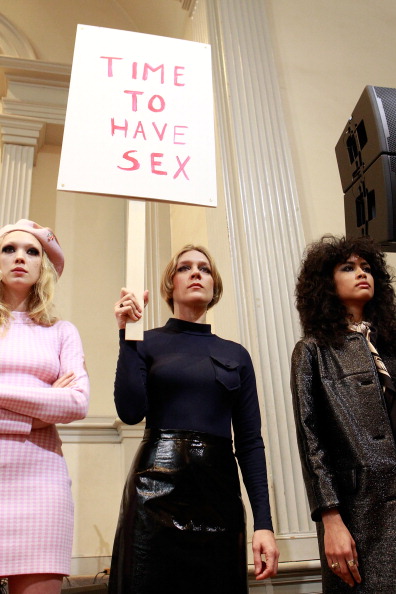 END_OF_DOCUMENT_TOKEN_TO_BE_REPLACED

Research conducted at Central Queensland University showed that 64 percent of people had a better night of sleep after they'd had sex.

And the sleep was even more pleasant if they had orgasmed.

The study interviewed 460 participants as part of their 'Sex as Sleep Therapy' project and found that the release of the hormone oxytocin was helping people achieve better sleep after having sex.

Oxytocin makes people feel better and it, apparently, makes them sleep better too.

So what are you waiting for?

Time to have sex.

popular
Two Love Island 2022 stars have just become step siblings...
Molly Mae Hague shares emotional moment she discovered she was pregnant
Abducted in Plain Sight: True crime drama follows girl who was kidnapped twice by the same man
Female child rushed to hospital after violent incident in Co. Clare
Young girl found injured in Co. Clare house is in critical condition
Joe Swash has reportedly flown to South Africa to film I'm A Celeb All Stars
Here's when Florence Pugh's new Irish film lands on Netflix
You may also like
4 months ago
People with many sexual partners need to watch out for monkeypox, says chief doctor
4 months ago
Sex educator Jenny Keane is back to answer more of your sex and pleasure questions
4 months ago
Sex educator Jenny Keane answers all of your sex and contraception questions
4 months ago
Gogglebox sparks Ofcom complaints over X-rated scene between woman and a duck
7 months ago
Jenny Keane: "There is a huge vulnerability when it comes to exploring your sexuality"
8 months ago
Text your ex over Christmas, yeah?
Next Page