With one of the shortest election campaigns of all time – and the introduction of a gender quota for political parties – the countdown to Friday has been widely debated.

From policies and manifestos, to the representation of women, minority groups and those most vulnerable in society, the Irish public has long been facing a crisis in confidence when it comes to politics.

We even held our first #HerTalks about the representation of women in Irish politics, which you can catch up on here. 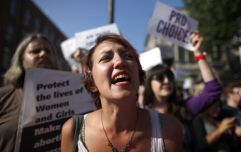 Student Pens Must-Read Letter to The New Government About Abortion

END_OF_DOCUMENT_TOKEN_TO_BE_REPLACED

While current voting patterns mean we would have to wait in excess of 200 years to see a 50/50 gender balance seated in the Dáil, we were intrigued to see this post highlighting the current representatives of the Canadian government.

As well as each minister representing an area of expertise, there is currently equal representation with 50% of women in the cabinet.

While it’s unlikely that the 32nd Dáil will boast a gender balance, it’s definitely worth considering adopting some habits from our neighbours across the pond. 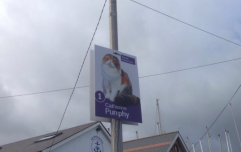 END_OF_DOCUMENT_TOKEN_TO_BE_REPLACED

popular
Traditional names such as Mary, Maureen, John and Michael may soon be extinct
First case of monkeypox confirmed in Republic of Ireland
Young mum packs her bags and travels the world with 3-year-old son
Doctors urge women not to follow Kourtney Kardashian's 'semen' fertility advice
This girl absolutely SCHOOLED this guy for sending an unsolicited dick pic
Viewers praise Dermot Kennedy for "powerful" performance after Late Late Show finale
The 2 Johnnies share unbelievable catfish ordeal as woman 'targets 40 people'
You may also like
6 years ago
Enda Kenny Loses Vote To Be The Taoiseach For The New Dáil
6 years ago
Fianna Fáil and Fine Gael to Meet Today to Discuss Government Options
6 years ago
Alan Shatter Attacks Enda Kenny And Fine Gael During RTE Interview
6 years ago
One Donegal Politician Went on an Epic Facebook Rant When He Didn't Get a Seat
6 years ago
Enda Kenny Concedes That Labour and Fine Gael Will Not Form The Next Government
6 years ago
Micheál Martin Speaks Out About Fianna Fáils Impressive Performance Today
Next Page