Fitness fanatic Chontel Duncan first went viral a few weeks ago when an image of her and a pregnant friend showed a dramatic difference in their pregnancies.

This time for a less positive reason.

Chontel posted the below image to her social media accounts and has received masses of criticism for the way she is holding her newborn son. 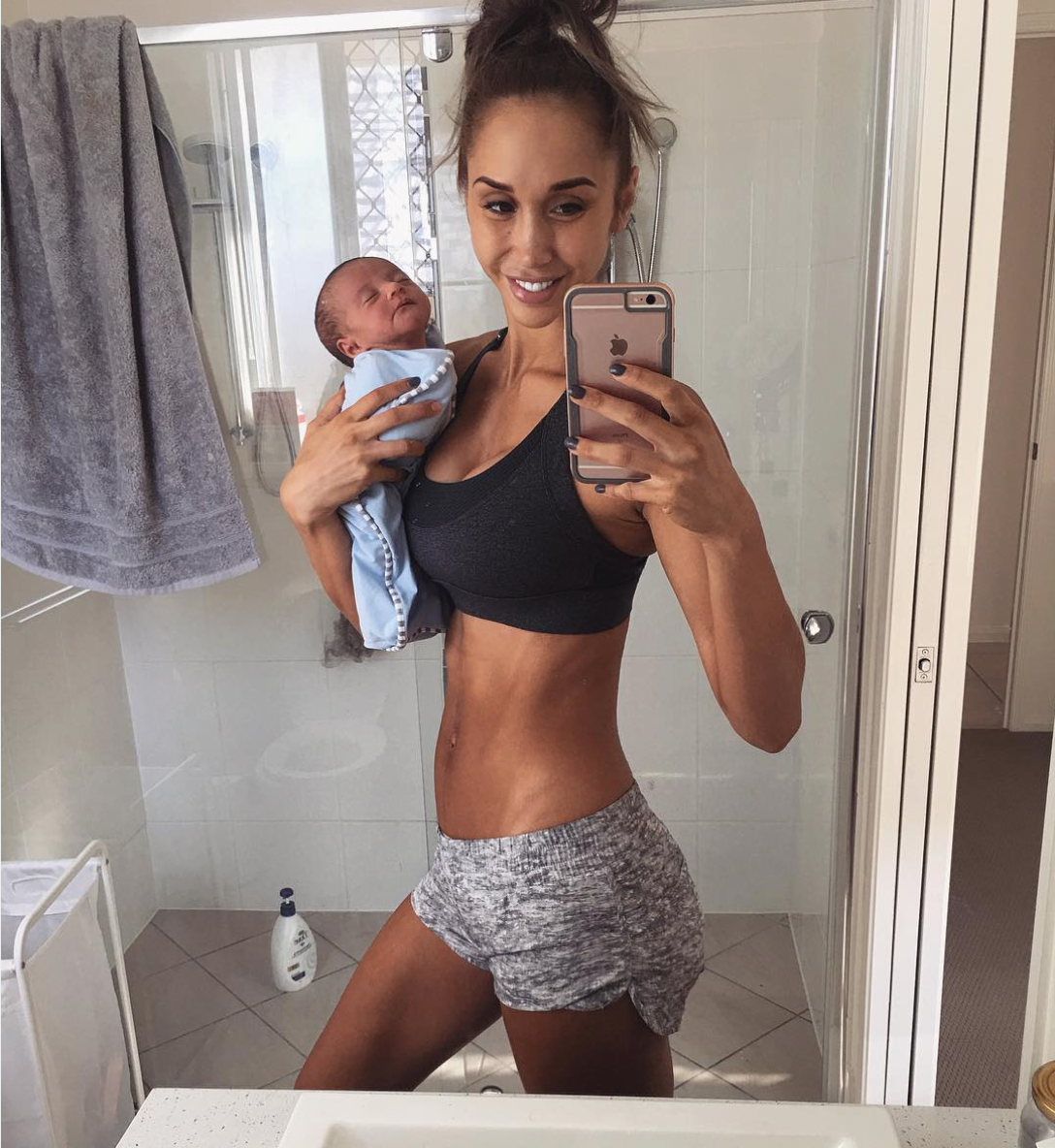 END_OF_DOCUMENT_TOKEN_TO_BE_REPLACED

“Hold your child properly. More important than a selfie.”

And “Omg that baby’s poor neck.”

“I’m concerned about how you’re holding the baby,” wrote another.

Chontel was quick to respond to comments and posted a second picture of her son resting his head on her chest.

END_OF_DOCUMENT_TOKEN_TO_BE_REPLACED

“As explained earlier Miah lifted his head up and for that second that he did so, I just happened to have caught it on camera before he then laid his head back down on my chest,” she wrote.

“Newborns can lift their own heads up it’s not me standing there with his head flicked back shooting away.

“So have faith people and if you honestly don’t like my page just unfollow.”

However midwife and founder of Bespoke Birthing, Lesley Gilchrist spoke to The Huffington Post and said that the image was a cause for concern.

Gilchrist said there is “no way” the baby would be able to move his head to a natural position and that it was “too far back.”

END_OF_DOCUMENT_TOKEN_TO_BE_REPLACED

“Their heads being in an abnormal position could cause their windpipe to close over essentially causing the baby to stop breathing.

“I would say it’s not about ‘protecting their heads’ it’s about making sure that their heads aren’t left to a) flop into a position where the windpipe is unable to deliver air to the baby’s lungs and b) rock backwards and forwards sharply, which may cause injuries to the blood vessels in the brain” she said.

popular
Tributes paid to Limerick based blogger and model Patrick McLoughney
Simon Harris gives three urgent options for easing restrictions next week
Another Strictly star has pulled out of the live show
This TikTok hack shows you how to pack more despite baggage allowance
Not going anywhere: Baby names set to stay popular for the next decade
Lidl closing early this weekend to thank staff for hard work
This is how much 91-year-old Queen Elizabeth drinks every day
You may also like
3 days ago
Dublin bakery introduces 15c paper bag levy to tackle waste
4 weeks ago
California is set to outlaw nonconsensual condom removal - and rightly so
1 month ago
Terminally ill Mayo woman "disgusted" with Irish healthcare system
1 month ago
NHS guidance suggests pregnant women "make a fuss" of their partners at 22 weeks
1 month ago
Cork's Metropole Hotel is a touch of glamour in the Victorian Quarter
1 month ago
"I don't feel ready for restrictions to end, and I don't know why"
Next Page