Those looking to get their first step on the property ladder might be in with some luck, for once.

There are reports this morning that the government is planning to bring in a scheme that will give "very generous" financial aid to first time buyers.

The scheme will be based on upfront tax repayments, and is due to be introduced as part of Budget 2017. Housing Minister Simon Coveney is reportedly planning to unveil the measures later this week. 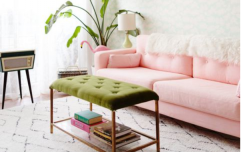 END_OF_DOCUMENT_TOKEN_TO_BE_REPLACED

However, the 'Independent' reports that the proposed relief will not be along the lines of what's available in the UK, where the state take a share in the new house.

When the new minority Fine Gael government was formed earlier this year, its Programme for Government included a commitment to providing more social housing throughout Ireland.

"Our approach to governing will be clearly seen in how we address the issues of housing and homelessness. Our ambitious policy agenda will deal with the shortage of new homes and increase housing construction to create a functioning housing market. We also want to keep families in their homes and avoid repossessions, where possible. To achieve this we will strengthen the existing mortgage arrears framework in a number of significant ways."

Last month, Coveney told the 'Irish Times' he wanted a majority of private houses built with the assistance of the state to be priced priced below €300,000.

Girls With Goals || Her · Ep.161: Feeling Peachy - Sharon Keegan of Peachylean on being an absolute BOSS!
popular
My hair has never been this thick and healthy – and here is what I have been doing differently
The sad reason why viral gymnast, Katelyn Ohashi, isn't on the USA Olympic team
The First Quadrillionaire? Paypal Accidentally Gives Man $92 Quadrillion
All of the Love Island couples that are still together (and those that aren't)
Here's what happens on every day of your menstrual cycle (roughly)
Someone has ranked the penis size of men from all over the world
Why Are Men so Obsessed With Boobs? The Answer is Pretty Surprising...
You may also like
1 year ago
Houses with the number 13 really are €4,700 cheaper in Ireland
1 year ago
Seven out of 10 renters in Ireland don't believe they'll EVER be able to afford to buy a home
2 years ago
IKEA designer says this is the brand's best EVER product
2 years ago
People who live in detached houses are less stressed than those who don't, study finds
2 years ago
This little Wicklow house is for sale and looks totally different on the inside
2 years ago
There's a draw on to WIN a house in Wicklow so go go go!
Next Page