'He would invent new ways to try and bully me.'

James Kavanagh is something of a national treasure, but a story he shared on Snapchat last night shows just how much he's come through in his life.

The social influencer spoke about the homophobic bullying he was subject to at school and said one boy in particular singled him out for abuse.

END_OF_DOCUMENT_TOKEN_TO_BE_REPLACED

"I was really badly bullied," he told his followers.

"He was vile towards me; every day he'd pick on me."

James then took to Facebook to share a cruel note from the bully that he'd come across in an old diary.

It's a 'survey' the bully had made up to torment James, who was not yet out as gay. 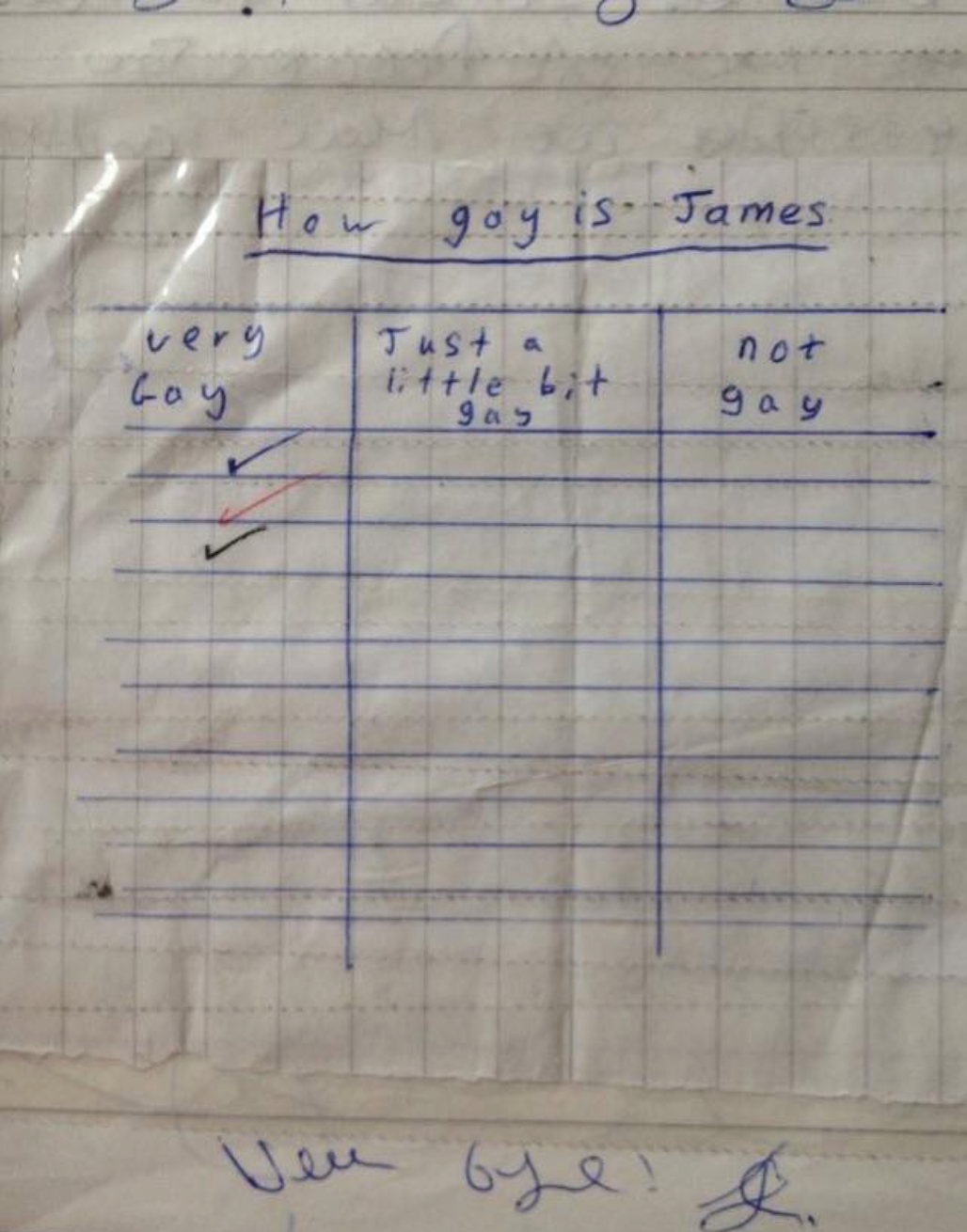 "From my diary in 2003/2004... When I was in 3rd year, there was a boy who was incredibly homophobic toward me and would torment me daily. I wasn't 'out' and was painfully shy/ would never be able to stick up for myself, so it was horrible. He was utterly obsessed with my sexuality and would invent new ways to try and bully me. This one day, he made this survey and 'passed it around the class' for people to fill in. He then proudly gave it to me after class with a little evil smile; "here you go, faggot". I later found out that all the other boys refused to fill it in - he had done these ticks with one of those Bic pens with the four colours. The effort

But so cute of the others to refuse

The note resonated with many of his fans.

"What little shits, oh James I'm so sorry you went through that xxxxoooo"

"Imagine how disappointed you would be if you were this brat's parents! people are mean!"

"And the worst thing is, it's still going on in schools. So many parents still use the word faggot (or similar) at home, otherwise kids would not know them."

Others, meanwhile, remarked on how far James had come.

"But look at you now gurl #SLAY

James told his Snapchat followers that he hasn't seen his bully since school. 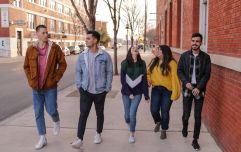 END_OF_DOCUMENT_TOKEN_TO_BE_REPLACED

"I actually have no idea what's become of the boy, I looked him up on Facebook and I can't find him."

We're all glad that James went on to become the gas bitch we all know and love, but his story is a reminder of how far we've come in Ireland when it comes to homophobia and how vigilant we must be against bullying and homophobia.

popular
Women are rinsing their hair in apple cider vinegar – and the results are amazing
Britain’s biggest family to break new record with another baby on the way
Government to publish bill on right to request remote work option
Gardaí investigating alleged sexual assaults on teenage girls in Sligo
"Hair contouring" is about to be huge, here's everything you need to know
Scottish dance sensation Lily Douglas has sadly passed away, aged 14
Worried about a loved one? Here are 5 signs of suicide to look out for
You may also like
2 months ago
People are loving this viral Christmas ad with a gay Santa
3 months ago
Outrage after woman diagnosed with "homosexuality" as "current illness"
4 months ago
Love Island boss says they're still trying to figure out how to make an LGBT version work
6 months ago
Amazon Prime launch new lesbian docu-series, and it's about time
7 months ago
Carl Nassib is the first NFL player to come out as gay
7 months ago
10 books with LGBTQ+ themes to add to your reading list this Pride month
Next Page