An additional show for Kevin Hart’s WHAT NOW? tour has been added due to demand.

The actor and comedian is kicking off a massive international world tour and recently announced dates in Ireland.

With demand for tickets reaching fever pitch when they went on sale earlier today, it has just been announced that another 6pm show for Friday, January 22nd, 2016 has been added with tickets on sale now. 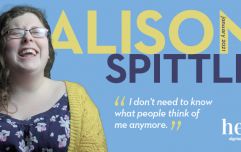 END_OF_DOCUMENT_TOKEN_TO_BE_REPLACED

In 2015 Kevin starred in Screen Gem’s, The Wedding Ringer, which took in over $80 million internationally, and in March 2015, starred opposite Will Farrell in Warner Bros. Pictures'Get Hard.

The gigs will take place in the 3Arena in Dublin with the 9.30pm show for Friday, January 22nd already sold out.

For more information, check out Ticketmaster.

Girls With Goals || Her · Ep.153: Scholarship Squad - We chat to Facebook's Claire O'Hara about our Smurfit Scholarship fund.
popular
Matthew Perry's dad was a character on Friends and how did we not notice?
Irish people urged to send a hug to loved ones on National Hugging Day in aid of Ronald McDonald House
Robbie Williams "fairly sick" with Covid while holidaying in Caribbean
Gwyneth Paltrow's vagina candle "explodes" in woman’s living room causing fire
Gilmore Girls star says he didn't storm the Capitol, praises those who did
Josepha Madigan compares issues around schools reopening to Mother and Baby Homes
Seven Things You May Not Have Known About... Garth Brooks
You may also like
1 week ago
A new comedy panel show starts tonight and it's rewriting mortifying moments in history
1 year ago
One of the greatest comedies EVER is on telly tonight and we're staying in
1 year ago
Having a lazy day? There's a great comedy on Virgin Media One tonight
1 year ago
Netflix cancels Friends From College saying it won't return for season three
1 year ago
Important: Jack Whitehall just announced a massive tour, and he's coming to Dublin
2 years ago
Victoria Beckham is launching a comedy series on YouTube called 'The Chair'
Next Page