A man was circumcised in a hospital in the UK after he was mistaken for another patient. He was supposed to be having a bladder inspection.

The incident happened last September at the University Hospital of Leicester NHS Trust, and it is believed that his notes were mixed up with someone else's. 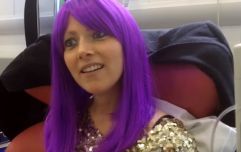 END_OF_DOCUMENT_TOKEN_TO_BE_REPLACED

According to a 'never event' report, he went into hospital that day due to have a cystoscopy.

A 'never event' report is a list of serious mistakes that could have been prevented, and Leicester City Clinical Commissioning Group just published theirs.

As well as the man that was snipped without his consent, it also reads that a swab was left in a child's nose after surgery to remove a lump, and another patient was fitted with a hip replacement on the wrong side.

According to the Metro, the hospital’s director of safety Moira Durbridge said: "We remain deeply and genuinely sorry to those patients involved, and of course we have personally apologised to each one.

"We are committed to learning and improving and have enshrined this work into our clinical priorities within our quality strategy for 2019/20."

popular
Love Island's Zara's brother reveals the real beef going on between her and Olivia
Little boy dies of cancer after doctors ignored mother's warnings six times
Abigail Breslin marries longtime love Ira Kunyansky
Anne Hathaway shares disappointing news about The Princess Diaries 3
Baby dies next to mother who drank 'two or three' bottles of wine then fell asleep
Love Island first look: Tom and Ellie's secret kiss is revealed as they head back for round two
Funeral of Cork toddler takes place after choking accident
You may also like
1 week ago
Patient in his 80s killed in Cork hospital ward following attack
1 month ago
CMO confirms death of child in Ireland from invasive Strep A
1 month ago
Father took daughter to hospital three times before she died of Strep A
2 months ago
TV presenter Jay Leno suffers serious burns after garage fire
2 months ago
Erin McGregor opens up on hard night with son Harry in hospital
4 months ago
Children under 16 can now stay in public hospitals for free
Next Page