'Meet my best mate, the marathon-running mama who became a model in her thirties'

Catherine and I have been friends since we were infants.

Our mothers worked together in a newsagent’s before they had the pleasure of giving birth to us. We have a rare friendship. It has lasted through many formative phases, where other friendships I've had have faltered.

To me, Catherine is still the same friendly, mischievous girl that I played with as a youngster on her family’s farm. Jumping off hay bales. Trying to decide at ten years-old whether or not we could bring the tractor for a spin up the back field without getting caught. Trying to work out as young teenagers “how the hell do tampons work?”

END_OF_DOCUMENT_TOKEN_TO_BE_REPLACED

Catherine embarked on a remarkable journey. I asked her if she would allow me to write an article about her. Here are her words.

So, where exactly did your fitness journey begin?

“My fitness journey began  eight years ago when I was fed up of smoking and eating junk most days of the week. My fiancé, Niall, encouraged me to begin slowly and we began walking regularly. This gradually moved to light jogging. It was a slow process but with an improved diet and no cigarettes, I began to feel better and fitter day by day.

The next stage began when I started to include a walk every day for half hour on my lunch break. I built up my fitness and this gave me the confidence to join a local gym. At the time, I would have laughed at you if you had told me I would go on to do two relay marathons, three half marathons and five full marathons .

END_OF_DOCUMENT_TOKEN_TO_BE_REPLACED

Niall and I began to compete in local road races. We ran as a relay team in the Cork marathon in 2010. I was hooked! The crowd were amazing and the sense of comradery was palpable. After that relay race, I was confident enough to try to run faster.

My fitness peaked in 2012. Training got more intense as I knew I was going to do two marathons in 2012. Oh, I forgot to mention that I was also getting married in July! At the time people were telling me I was crazy trying to do all this in one year but I loved having a goal and anyone that knows me knows how stubborn I can be! 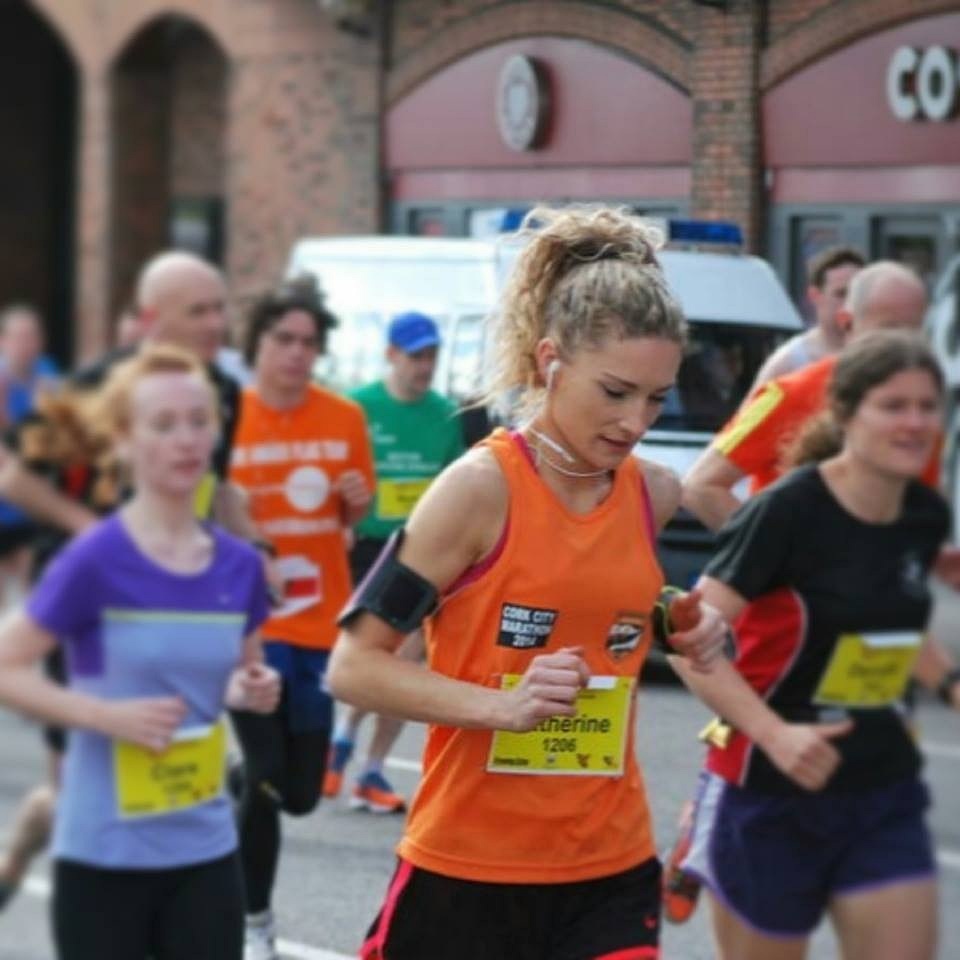 Did you ever feel like you were doing too much? 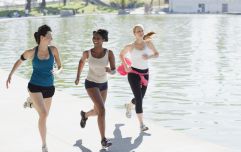 The Vhi Virtual Women's Mini Marathon is back, here's everything you need to know

END_OF_DOCUMENT_TOKEN_TO_BE_REPLACED

There were days when I was thinking “why am I doing this to my body?” I was training six days a week, up to 20 mile training runs at the weekend and I was also on a strict diet. I’m not the best chef in the world so I would have been lost without my mother and husband.

I do a mean salad though! It was worth it in the end because I finished the Cork Marathon in June, got married in July and  then the Dublin Marathon in October. The hard work had paid off. I was so proud that I achieved what I had set out to do

Did your training change when you were pregnant?

I was six weeks pregnant when I completed the Dublin marathon. Obviously, I didn’t realise at the time but, thank God, our baby girl was fine and she can claim that she has already completed her first marathon!

During pregnancy I didn’t stop training. We sought advice and the doctor was happy for me to keep spinning up to the due date. I got much encouragement but many dirty looks also. But Niall and I had researched the benefits of keeping fit and it all worked out. Niamh hasn’t stopped moving since.

After all had settled down and Niamh started to settle, I began to train again. I was becoming bored of road running and my joints were starting to creak so I set myself a new challenge. A twelve week fitness challenge. I wanted to reduce my body fat, get leaner and step back from the extreme cardio training . I decided to focus on weight training and diet.

This was a difficult challenge for me. With a full-time job and a toddler, it was difficult to find the time to train every day. However, I always managed it with support from Niall.

A typical day during that 12-week program started and ended with training. The most challenging part of it was my diet and sticking to it.  Niall helped me prepare my food when I didn’t have the energy and he helped keep me on track. As I was completing this challenge, Niall won a competition on Facebook with “Shaun Barry Photography” and he gifted it to me. I had an extra incentive to achieve my goal.

Coming towards the end of my program I kept in contact with Shaun and updated him on my progress. He wanted to produce professional looking photographs and was only willing to take photographs of dedicated models. At the end of the challenge I took part in my first photo-shoot with him.  After working so hard , it was such a lovely feeling to see the results in the images. It gave me a feeling I never experienced before and I knew I wanted more of that buzz. 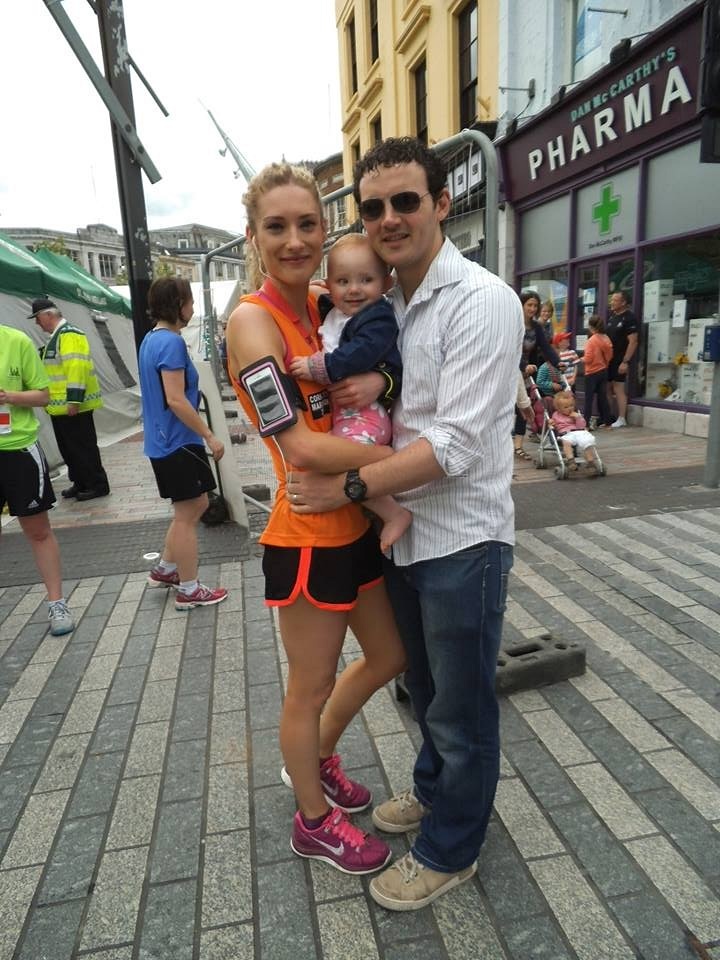 How did you become a model?

After some weeks had passed, I still had this feeling that I needed to do something about it. Niall suggested that I send the images into a modelling agency.

It’s something I have always wanted to do but never had the confidence. Since having Niamh I’ve gained a new level of confidence. I want her to be proud of me and set an example to her – that you can achieve your dreams if you put your mind to it.

I sent my images into a Cork Agency called Lockdown Model and PR Agency and I haven’t looked back since. It has opened up so many doors for me and it’s one of the best things I have done . Since signing up with the agency I have worked with RTÉ, Wave break Media, Vanilla Boutique in Fermoy, Crowley’s Opticians in Cork City, Sarah Keary – the Make Up Artist and so many more. I really love modelling and I would encourage anyone to follow your passions and try to live out your dreams. 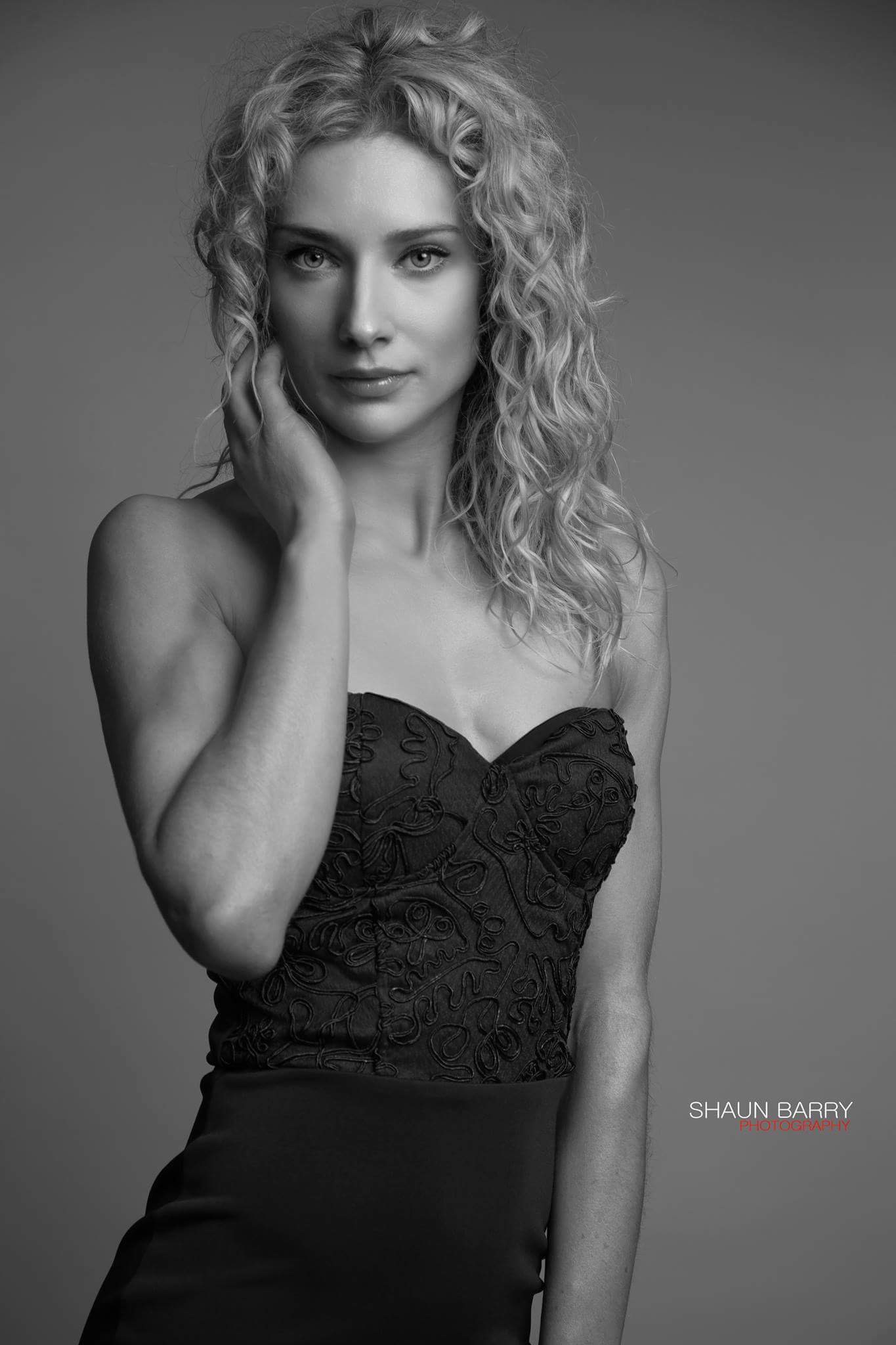 Not only has Catherine worked hard to improve her fitness levels and achieve her goal of becoming a model, she has done so in a healthy way. She has not sacrificed her health or her sense of self.

Her message of achievement is not about striving for the ultimate body beautiful. It is focused on believing in yourself, believing that you are worth investing in. That if you have a dream or a goal that you can realistically achieve, you should go for it.

In achieving our goals, we need encouragement. None of us can make it through life unsupported. To help each other, we should inspire and empower. There is no room for jealousy or envy. It doesn’t help anyone to grow and to blossom in life.

There is far more power in positivity.
Irene Halpin Long is a stay-at-home parent to a beautiful little girl and an aspiring writer. She has a degree in Psychology and also trained and qualified as a Certified Chartered Accountant. She is currently working on a novel set in the Channel Islands and a children's book set in Ireland. She is the author of two blogs: one for fiction at irenehalpinlong.com and on life as a parent at, hervoicefromthekitchenwindow.com.

popular
Love Island’s Afia explains why Gemma’s dad has not been mentioned on show
Buying fake designer goods abroad this summer can have some serious consequences
Why Are Men so Obsessed With Boobs? The Answer is Pretty Surprising...
WIN: VIP experiences at Marlay Park and more of this summer's hottest gigs and festivals with Heineken
Love Island fans are scratching their heads after finding Tasha's maternity photoshoot
This €5 Boots serum keeps selling out after skincare fans claim it 'beat all the others'
Davide locks lips as Ekin-Su hits Jay with a LOT of drama in tonight's Love Island
You may also like
1 month ago
Dunnes Stores launches super-affordable fitness collection with PT Karl Henry
3 months ago
Laura Whitmore launches new activewear edit with Dare 2b
1 year ago
These new fitness kits have everything you need to get fit and strong at home
1 year ago
5 really simple fitness tips you can do at home
1 year ago
Win high-quality adjustable dumbbells and a relaxing massage gun worth €745
1 year ago
Irish people working from home are sitting down for nearly three hours longer every day
Next Page