All too often we see the negative impact that an encounter with a seemingly thoughtless or uncaring service worker can have on a person's day.

While we're all quick to complain when we feel slighted, it's far less common to highlight those who may go above and beyond or make a difference in a small way that results in a big impact. That's what makes this post so special.

Mother Caroline Playle‎ took to the official page of discount retailers TK Maxx this week to share the experience she had while shopping in the store on Monday. Caroline was accompanied on her trip by her gorgeous son Seb, who happens to have Down Syndrome. 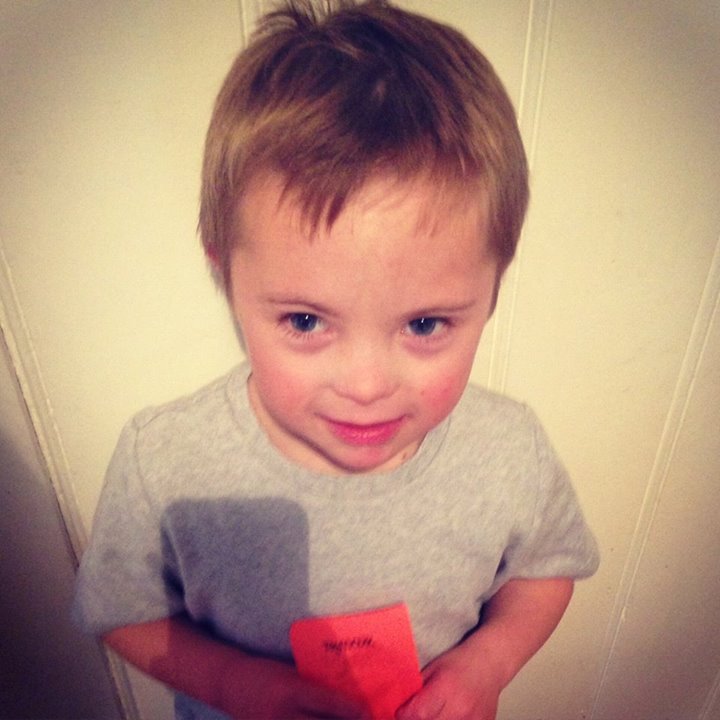 END_OF_DOCUMENT_TOKEN_TO_BE_REPLACED

In her post, Caroline explained how Seb's DS and associated learning difficulties can make shopping difficult, as he has "little sense of danger" and does not understand the consequences of his movements, often causing him to "disappear in a flash".

Monday's shopping expedition was nothing out of the ordinary for Caroline and 7-year-old Seb, but just when tensions began to arise and stress threatened the devoted mum, a small kindness turned the day around for both Caroline and Seb.

The letter in full reads:

I popped into your Trowbridge store today with my 7 year old son who is off school following an operation last week. He has Down's syndrome and associated learning difficulties.

At the time we visited the store it was approaching lunch time and, having spent the morning at an animal park, he was getting tired and hungry. In protest he decided to sit at the top of the stairs and refused to move. I told him I was going to go without him (obviously I wasn't!) and slowly went down the stairs and hid just out of view where I could just see the top of his hair through the glass staircase. It had little / no effect and Seb continued to sit there. A few minutes later a young man came over to Seb and really gently sat next to him on the step and said something along the lines of "are you ok buddy?" and Seb said yes. He then asked Seb if he knew where his mummy was and Seb just shrugged.

The young man, who I later found out was called Ash, then asked Seb if he thought his mummy was upstairs or downstairs – at this point I walked into view and spoke up that I was his mum, trying (and failing) to get him to come downstairs. Ash then said to Seb “come on, lets go and see your mum”, at which point Seb got up with a big smile on his face and happily trotted down the stairs alongside his new friend. It was only at this point I realised the young man worked at TK Maxx (and later served us, making more delightful conversation again with Seb).

END_OF_DOCUMENT_TOKEN_TO_BE_REPLACED

I cannot express how much this young man's actions meant to me. To see him speak to Seb so kindly and concerned, getting down to his level by sitting down next to him and then motivating him to move off the stairs at a time when I was starting to feel the stress rise up inside me. It was done with genuine concern too as he was unaware at first that I was watching.

Shopping is often stressful, Seb has little sense of danger (he once was lost at Longleat for 45 minutes and 10 minutes in M&S when he took a solo trip on the escalator) and has to be watched constantly, he lives in the “here and now” with no thought to consequence and can disappear in a flash, especially when rails of clothing hide his every move. I am sometimes at the point of tears if I cannot get him to cooperate (even after toy bribes as was the case today) or feel people are watching us (particularly when I try and carry a heavy, protesting 7 year old out to the car!). He is so fast that even tapping in my PIN is stressful in case he wanders off. It really did make a huge difference to me.

So often we read on social media about people's experience of discrimination towards the behaviour of children with special needs - in cinemas or theatres or restaurants and I have experienced first hand a very rude shopping assistant in a well known shoe shop who reduced me to tears with the way she spoke to me and Seb when we were buying his first pair of shoes. Ash, whose operator number was 4772, showed such great understanding and empathy, dealt with the situation perfectly and above all really made my visit to your store a lot less stressful than it could have been.

I would be grateful if you would pass on my sincerest thanks. 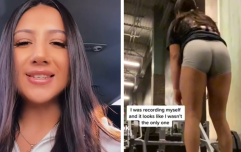 END_OF_DOCUMENT_TOKEN_TO_BE_REPLACED

The post has since gone viral, attracting over 26,000 'likes'. Many of the comments called for TK Maxx management to acknowledge Ashley's good deed, but the man himself later added to the post, saying:

"Hi Caroline, Many thanks for your kind words and indeed thanks to those who have left incredibly kind comments as well - it's been massively overwhelming to see so many likes, shares and comments on this post and to think that thousands of people have been touched by this story. I honestly had no idea my, what I consider to be, small actions made such a hugely positive impact on both you and your son, Seb. I'm delighted to hear you enjoyed your visit in our store in Trowbridge and I know I speak on behalf of my team and my colleagues when I say that we hope that your next visit is just as enjoyable. Again, many thanks for your kind words and I wish the best for you and of course Seb as well."

popular
Charlie Bird says he "cries every day" as he struggles to cope with MND diagnosis
Princess Charlene in "very vulnerable" condition, says father
Real Housewives of Johannesburg star Naledi Willers dies aged 30
Boris Johnson announces birth of "healthy baby girl"
Concerns over travel restrictions this Christmas due to “significant numbers” of Omicron
Marty Morrissey to take a step back from RTÉ after tragic death of mum Peggy
Schoolboy placed in isolation for putting hair in plaits like female classmates
You may also like
3 weeks ago
Woman 'rolls down mountain', leaves hilarious review about her 5-star leggings
3 weeks ago
A TikTok mum shares life tips for people who doesn't have a mum in their lives
1 month ago
Who started the 'plant one tree for every pet picture' trend on Instagram?
1 month ago
Outrage after man criticises wife for bleeding after birth
1 month ago
Cinnamon rolls baked in a waffle maker might just be our favourite new food trend
1 month ago
WATCH: Parents see person walk past daughter's crib in creepy baby monitor footage
Next Page