New Zealand do a NATIONWIDE Secret Santa and it sounds class

How many Secret Santas are you in?

I won't have money to feed myself for the month of December but hey, anything for that festive cheer, right? 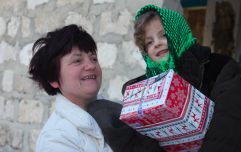 Team Hope Romania volunteer: "It was the first time this child had ever gotten anything for herself"

END_OF_DOCUMENT_TOKEN_TO_BE_REPLACED

There's only one more Secret Santa I would be willing to enter myself into at this stage and that's a nationwide Secret Santa that's currently happening in New Zealand.

Or, you know, if one was started in Ireland.

That would probably make more sense.

New Zealand's Secret Santa is simple enough to sign up for - and it sounds adorable.

People in the country just input their details into the official New Zealand Secret Santa website.

They are then sent the name of their Secret Santa's Twitter handle. They buy them a small gift, send it via the post office, and that's it - Secret Santa with a total stranger achieved!

Participants are also encouraged to have a little bit of a lurk around their person's Twitter to learn a little more about them so not everybody ends up with a pair of novelty socks. 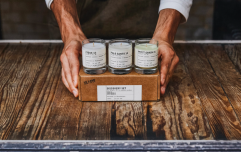 END_OF_DOCUMENT_TOKEN_TO_BE_REPLACED

So far, 3,584 people have signed up to this year's nationwide Secret Santa.

Registration closed yesterday too so it's probably not unfair to say that that's the final number of participants.

Probably a bit more than your average office Kris Kindle, but whatever.

THE GATES ARE CLOSED

Registrations for #nzsecretsanta 2017 are now closed.

For those in the Secret Santa, names are being drawn today.

So if you happen to live in New Zealand (jealous) and you happen to have signed up to this class nationwide Secret Santa (jealous), you might want to check your inbox.

popular
Zoe Alexander Says X Factor Made Her Look Like a 'Fool'
"I don’t know where I’d be without her:" Paul Mescal chats new girlfriend in candid new interview
'They're Dead To Me Now' - Kate And Oliver Hudson Have Been Disowned By Their Father
QUIZ: Can you guess the TV show from the kitchen?
Someone has ranked the penis size of men from all over the world
Here's what happens on every day of your menstrual cycle (roughly)
Ex-housemate has no sympathy for I'm A Celeb's Jordan North - because he let her gerbil die
You may also like
12 hours ago
Beauty Christmas gift guide: Our top picks for presents this festive season
2 days ago
6 places in Ireland to order cheese and wine from this Christmas
3 days ago
Black Friday 2020: The massive sale at South William Clinic & Spa has just been revealed and the offers are unreal!
4 days ago
BBC Radio 1 says it won’t play original version of Fairytale of New York this Christmas
5 days ago
Heinz and Barnados have teamed up and created this year's coolest Christmas jumper
1 week ago
QUIZ: Can you guess the Christmas movie from a single image?
Next Page