Nine People You Meet At Every Irish Wedding

The Irish wedding, an event where the craic is guaranteed. It often starts with a lunchtime ceremony and doesn’t finish until the early hours of the morning.

While every wedding is specifically designed for the couple in question, there’s a few characters you’re very likely to meet along the way.

END_OF_DOCUMENT_TOKEN_TO_BE_REPLACED

Tie round his head, shoes off, red sweaty face. This guy is giving it socks and has got everyone (including your granny) up on the floor for a turn. He doesn’t take no for an answer either so you’re better off just to give in. Who knows, you might even have fun!

The one who has one too many

There’s always one who overindulges. It’s often tradition to go for a drink after the ceremony and at this stage it’s only lunchtime. You might see someone having a little snooze before dinner but let them at it, they will be rearing for round two before you know it.

END_OF_DOCUMENT_TOKEN_TO_BE_REPLACED

The guy who gets a little overfriendly

There’s usually one guy who just won’t take no for an answer. You’ve told him several times that you have a boyfriend and aren’t interested but he’s just not taking the hint. Deep breaths and count to ten, hopefully the dance floor is a big one and you can lose him easily.

Being single is great but this girl really doesn’t think so. Drink in hand, she’s telling anyone who will listen about her failed relationships, where it went wrong and how she would fix it if she had the chance. SOMEBODY. SAVE. HER.

END_OF_DOCUMENT_TOKEN_TO_BE_REPLACED

The couple who hook up

It might be the predictable pairing of groomsman and bridesmaid or it could be the bride’s cousin and the groom’s colleague. All we know is there’s guarantee to be at least one romantic entanglement before the night is out. Love is in the air and all that jazz.

He or she might be eighty years and counting but what does that matter? A party animal doesn’t even begin to describe this legend. First on the dance floor and last to go to bed, if you’ve any sense at all you’ll have invited them on your next night out.

The one in a long-term relationship

This person is in a long term relationship and wants everyone to know about it. They would shout it from the hills if they could and pretty much have the wedding all planned out (Pinterest board and all). When it comes to throwing the bouquet, let her at it rather than sustain an injury.

It’s a rule of thumb to stay away from white because the bride’s dress is traditionally white and it’s not very fair to upstage her big day. Another point to note is that Irish weddings usually take place in the middle of the day, often in a church, so letting it all hang out probably isn’t the best idea.

The child who won’t stop crying

As mentioned at the beginning of this piece, an Irish wedding can mean a long day (and night). So, if children are in attendance, they might get a little cranky at the end of the celebrations. Hey, it’s okay our feet are sore too and if we would cry and get away with it, we would! 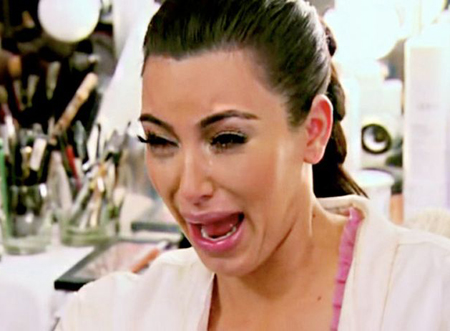 popular
Tasha Ghouri hits back at another islander who called her relationship fake
Baby found unattended in pram in Dublin, Gardaí reveal
Joanna Cooper heartbroken after her mum is diagnosed with dementia
Blake Lively cast in film adaption of It Ends With Us
Anne Hathaway shares disappointing news about The Princess Diaries 3
Love Island first look: The Hideaway is open tonight as Ron has something to tell Lana
Gwen Stefani reportedly pregnant with baby number four
You may also like
4 weeks ago
Irish tourist dies after falling from moving train in Thailand
5 months ago
Irish person dies after drowning in Spanish resort swimming pool
7 months ago
Irish lad heading to Love Island villa as contestants are announced
8 months ago
Louise O'Neill: "It sometimes feels like we need to share our stories to be accepted as humans"
8 months ago
Tributes paid to Irishman found dead in LA after missing for weeks
11 months ago
You can now get an Irish language version of Wordle
Next Page