Ah siblings - you can't live with them nor without them.

When it comes to living with your family, extra caution is needed.

My siblings drive me absolutely crazy as we don't see entirely eye to eye and as fights erupt, I often regret petty things I may have said or done to even the score.

One sister who may have crossed the line is Hibaq Abdullahi from Seattle in the US. 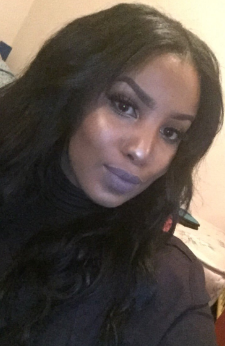 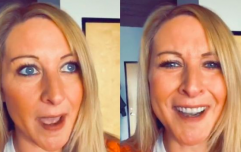 END_OF_DOCUMENT_TOKEN_TO_BE_REPLACED

21-year-old Hibaq was rushing to work when she was looking for her toothbrush to have a quick scrub before she left but found her toothbrush in her brother's room.

According to Buzzfeed, the 21-year-old found the next to his shoes and shoe cleaner, meaning that he had used her brush to clean the mud and dirt off his shoes.

"I actually had to brush my teeth with my fingers since I was running late to work...

"This isn’t the first time he used my toothbrush to clean his shoes."

Naturally, Habiq got her own back by putting highlighter on his Jordan's. YIKES.

My little brother used my toothbrush to clean his shoes so I gave them a lil extra shine ? pic.twitter.com/GuIM1Y8tlr

Viewers on Twitter couldn't help but giggle at the pettiness of the siblings, making memes and reactions out of the brother's reaction to his shoes getting dirty.

popular
Fundraiser set up for boy attacked by pit bull in Wexford
Kylie Jenner shuts down claims she used her children to cover up for Balenciaga
It looks like Harry Styles and Kendall Jenner could be getting close again
Gwen Stefani reportedly pregnant with baby number four
Zendaya and Tom Holland are being flooded with rumours they're engaged
Fair City star Jenny Dixon shares her twins' gender in sweet video
The trailer for Channel 4's Vardy V Rooney: A Courtroom Drama has dropped
You may also like
2 months ago
This uber Irish note in a second-hand copy of Gone Girl will give you a laugh
1 year ago
Peppa Pig's album has better reviews than Kanye's latest release
1 year ago
Mortgage advisor warns against "joke references" when sending money to friends
1 year ago
Dublin dad's Virgin Media April Fool's prank goes viral
2 years ago
WATCH: TikToker gets harmonica stuck in mouth, goes to dentist for removal
2 years ago
#NeverForget: an ode to the man who slipped on the ice
Next Page