High street shops are getting a tough old time of it lately.

Earlier this week we brought you the story of the GAP kids t-shirts that not only reinforced what people were calling harmful gender stereotypes but also contained some pretty bad misspellings.

Well, it seems like New Look is the latest chain to come under fire. Aggravated Twitter users took to the web to announce their disgust at what looked like New Look's latest line of children's pyjamas.

The pyjamas in question (pictured below) came under fire for the slogan emblazoned across the chest which reads 'Cheat Day.'

.@NewLookFashion I beg you to reconsider the message on this children's pj set. pic.twitter.com/Z5kHlYQoNn

The pyjama set was tweeted by FaeSteffi and went viral after mental health campaigner Ilona Burton voiced her concerns at the message the shop appeared to be sending to young girls.

Can we all tell @NewLookFashion that 9 year olds shouldn't even know what a 'cheat day' is? So wrong. pic.twitter.com/1EMrKfYWsu 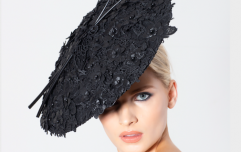 The Final Curtain: How losing their fathers inspired a new exhibition from two Irish creatives

END_OF_DOCUMENT_TOKEN_TO_BE_REPLACED

Twitter users were horrified with the product and we can see why. Insinuating that 9-year-olds would ever need to diet is crazy in the first place, but to then presume that they would need a cheat day to eat pizza is just down right crazy.

JK Rowling, the absolute champion that she is, even joined in on the debate and retweeted Ilona's tweet that stated, "Can we all tell @NewLookFashion that 9 year olds shouldn't even know what a 'cheat day' is? So wrong.", seemingly adding her voice to the outrage against the shirt.

However, there was a twist in the tale when New Look made a statement in response to the backlash. New Look stated that the pajamas were in fact meant for the women's section.

Response from @NewLookFashion They should never have been on Age 9-15 hangers. And eating is never cheating anyway. pic.twitter.com/FatcUtoY3o

But it does make you wonder: if we are not happy with 9-year-old girls wearing clothing that promotes dieting, then we probably shouldn't be okay with anyone wearing them.

Girls With Goals || Her · Ep.161: Feeling Peachy - Sharon Keegan of Peachylean on being an absolute BOSS!
popular
My hair has never been this thick and healthy – and here is what I have been doing differently
The sad reason why viral gymnast, Katelyn Ohashi, isn't on the USA Olympic team
The First Quadrillionaire? Paypal Accidentally Gives Man $92 Quadrillion
Why Are Men so Obsessed With Boobs? The Answer is Pretty Surprising...
How to INSTANTLY unblock your stuffy nose (we swear this works)
Here's the average age people lose their virginity around the world
Someone has ranked the penis size of men from all over the world
You may also like
20 hours ago
The lazy girl's guide to kick-starting your autumn wardrobe – in just 7 affordable buys
2 weeks ago
Holly Willoughby's "favourite" sold out floral dress is back in stock in M&S
2 weeks ago
American Eagle is opening first Irish store next month
2 weeks ago
The €55 designer dupe shoes from M&S that look EXACTLY Chanel
2 weeks ago
Zara has officially launched its first ever bridal collection
2 weeks ago
You can now buy a replica of Jennifer Garner's dress from 13 Going on 30
Next Page