Right. Plain and simple. However, that’s not all they do. 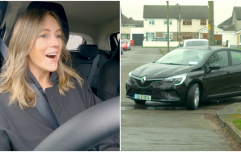 WATCH: Every new or inexperienced driver will learn something from this driving test clip

END_OF_DOCUMENT_TOKEN_TO_BE_REPLACED

According to Indy100, speed cameras can be used to catch a whole range of offences, and aren’t just handy for when you’re going 70km/h in a 50km/h zone.

Apparently, speed cameras can also detect when you’re not wearing a seat belt and if you have an illegal car reg.

Oh, and don’t think you’ll get away with texting while driving either, because it can detect that too. 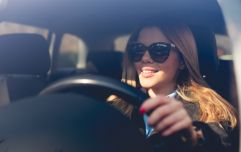 END_OF_DOCUMENT_TOKEN_TO_BE_REPLACED

A superintendent told LadBible: “Camera detection is a great tool used to help police enforce all road laws and legislations.

“Many think speeding is the only thing detected however, driving without a seat belt, using mobile phones behind the wheel and more can all be identified and are all actions which make our roads a danger for motorists and pedestrians.

“We need to ensure we take positive action whenever possible to keep dangerous drivers off our roads.

“These laws are in place to protect people - and quite simply breaking them can cause serious injury or even death,” she added.

popular
Prince William shouts at photographer who was "stalking" his family
Michael Owen hilariously responds to Love Island's heart rate challenge
Irish girls name was the most used Irish name in the United States last year
Love Island: Danica sets her sights on Andrew as Luca asks Jacques about his relationship with Gemma
Wait, are former contestants returning for Casa Amor?
First Dates' Merlin Griffiths returns to hospital following cancer complications
Ekin-Su lands herself in a "sticky situation" as the recoupling looms on tonight's Love Island
You may also like
5 months ago
Motorists warned over "hazardous" driving conditions due to sleet and snow
2 years ago
Statistics reveal the 'worst' drivers in Ireland are from Laois and Wexford
2 years ago
Rosemary Smith on her lasting legacy and being labelled a "Bloody woman driver"
3 years ago
Women are officially better drivers than men, which is hardly surprising
4 years ago
So women ARE better drivers than men… and there's research to prove it
4 years ago
Driving in the snow is legal - but you could get pulled up over this simple mistake
Next Page