We all hate certain noises.

They all get to us sometimes, but it turns out if sounds like people chewing or a sweet bag rustling absolutely wrecks your head, you might be dealing with a brain abnormality. 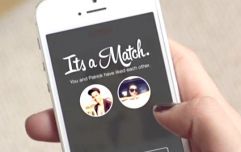 END_OF_DOCUMENT_TOKEN_TO_BE_REPLACED

The condition is called Misophonia and it literally means 'hatred of sound'.

Newcastle University carried out a study which saw 42 people have their brain scanned in an MRI machine. 20 people had the condition and 22 people had not.

While in the machine, the participants had to listen to a series of noises which ranged from rain to screaming.

The medical findings were published in Current Biology and found that an anterior insular part of the brain linked senses with emotions, and felt more intense for those who suffered from Misophonia.

"They are going into overdrive when they hear these sounds, but the activity was specific to the trigger sounds not the other two sounds.

"The reaction is anger mostly, it's not disgust. The dominating emotion is the anger - it looks like a normal response, but then it is going into overdrive."

"This study defines a clear phenotype based on changes in behaviour, autonomic responses, and brain activity and structure that will guide ongoing efforts to classify and treat this pernicious disorder."

Girls With Goals || Her · Ep.160: The Beauty Of Coaching - Hayley Harrison joins us from Sport Ireland
popular
Regé-Jean Page arrives in Ireland to shoot new movie
486 jobs lost as Carphone Warehouse closes in Ireland
A pink tampon disposal glove has been created - by three men...
Police shoot and kill teenage girl in Ohio as George Floyd verdict announced
We're told to stay inside to stay safe, but Jennifer Poole was killed in her own home
Kaley Cuoco's new thriller The Flight Attendant is coming to Ireland next month
Lyrid meteor shower to be visible from Ireland tomorrow
You may also like
1 week ago
Study reveals women are more likely to suffer from chronic pain than men
1 month ago
According to a 75-year-long Harvard study, the key to happiness is rather simple
4 months ago
New parents lose up to 44 days of sleep during the first year, says study
4 months ago
Research confirms gender gap participation in STEM professions
6 months ago
Children more likely to contract Covid from other children, shows new study
10 months ago
Having a sister can actually make you a happier person, says study
Next Page