Teens Invent Condom That Changes Colour When it Detects an STI

To be fair, it's probably never good news if a body part glows in the dark... unless you're some form of Marvel superhero.

A very smart and sexual health-aware group of teenagers have invented a condom that "glows" when it detects an STI.

The condom, which the team from Isaac Newton Academy in Ilford, Essex have named S.T.EYE, was one of the designs presented at the TeenTech Awards, a competition for 11 to 16-year-old kids tasked with using technology “to make life better, simpler or easier.”

END_OF_DOCUMENT_TOKEN_TO_BE_REPLACED

The teens' creation works by using a small layer of chemicals on the surface of the rubber. These chemicals then attach to bacteria and virus commonly found in STIs, with the reaction causing molecules on the condom to emit a low fluorescent light - the colour of which is dependent on the STI detected. 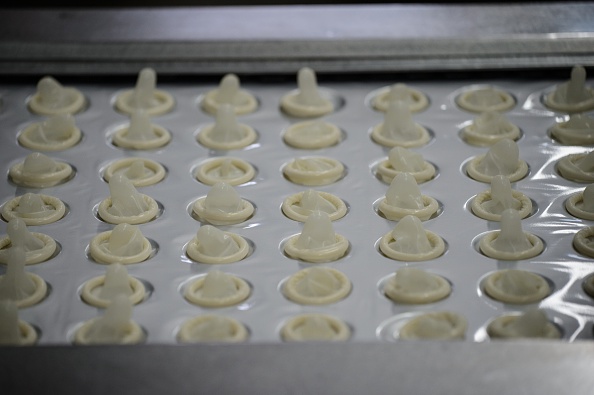 In case you were wondering about the range, it's: yellow for herpes, green for chlamydia, blue for syphilis and purple for the human papillomavirus.

Daanyaal Ali, 14, is one of the creators. She said: "We wanted to create something that makes detecting harmful STIs safer than ever before, so that people can take immediate action in the privacy of their own homes without the invasive procedures at the doctors.

"We’ve made sure we’re able to give peace of mind to users and make sure people can be even more responsible than ever before."

Girls With Goals || Her · Ep.151: 'A Story Shared' - Aoife P. Rafter on blogging during a pandemic and living with CF
popular
WATCH: The trailer for To All The Boys I've Loved Before part 3 is here
Around the world: The most popular baby names in major cities across the globe
Netflix announces new true crime documentary series: The Vanishing At The Cecil Hotel
Someone has ranked the penis size of men from all over the world
Here's what will happen in Bridgerton season 2 - if Netfix goes by the books
When will lockdown end in Ireland?
"The female gaze is brilliant:" Why Phoebe Dynevor is proud of Bridgerton's sex scenes
You may also like
1 year ago
This is apparently the 'ideal' age to get married... and we're not buying it
1 year ago
The one thing that couples should do together every day
2 years ago
The three questions you should ask before ending a relationship
2 years ago
Apparently, living together before marriage can have THIS side effect
2 years ago
Research suggests this physical trait makes for a better relationship
2 years ago
Science says this is how many dates you have to go on before you find 'The One'
Next Page