Tesco has revealed that they will remove a birthday card design from shelves after it was deemed sexist by an angry customer.

The card, which reads "To a fab sister, Remember... inner beauty... won't get you free drinks" will be "phased out" of the card range after the shopper took to Twitter to accuse the supermarket of "living in the dark ages". 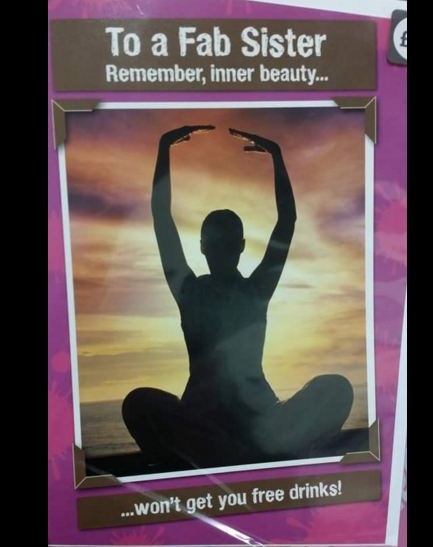 She tweeted the store on Monday, writing: "Found this on a shelf in your store…nice to see how you view women!!!

"Remember, inner beauty… won’t get you free drinks! Nice to see Tesco are still living in the dark ages!!" 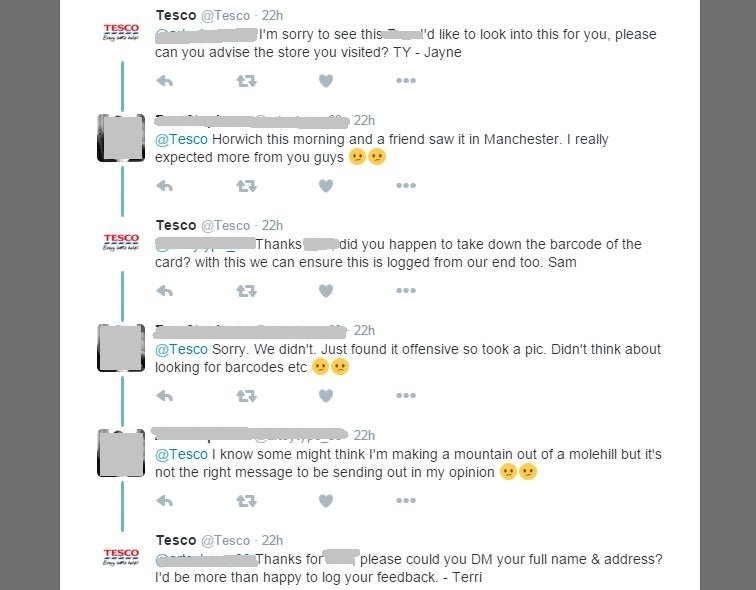 Branding the supermarket chain "morons" she noted that although some might think she's making a mountain out of a molehill, she doesn't feel the card contains the "right message".

According to The Metro, a Tesco spokesman confirmed: "We’ve listened to customer feedback and will be phasing this design out of our card range."

popular
A documentary about two Irish boys who skipped school to go to New York is coming soon
Ben Foden explains why he called Rachel Stevens "sexiest woman alive"
And Just Like That... episode 8: Nobody saw this one coming
Special mass to be held for Urantsetseg Tserendorj's anniversary
These are the top baby names for 2022
Ben Foden's wife Jackie says it is "not possible" for him to cheat on her
Love Island's Amber Gill could be banned from Instagram over ad controversy
You may also like
14 hours ago
Adele heartbroken as she cancels Las Vegas residency dates
2 weeks ago
Molly-Mae Hague criticised for "tone deaf" comments about success
2 months ago
Woman 'rolls down mountain', leaves hilarious review about her 5-star leggings
3 months ago
You's Penn Badgley and Cardi B are fangirling over each other on Twitter
3 months ago
Gogglebox's Paige Deville never wants to speak to mum again after quitting show
3 months ago
Irish The Chase star hits back after fans claim he loses on purpose
Next Page