The Simpsons And Bourne - The Best Films On TV This Week

There are so many films on TV on a weekly basis, we thought we would draw your attention to some of the better movies that you can check out from the comfort of your own home. Here are five of the best films that are on TV this week.

Based on the 1902 novel of the same, the Wings of the Dove is one of those films that people tend to overlook, but really shouldn't. With some pretty amazing performances, the story revolves around a woman who marries off her lover to an heiress for her own benefit. Lovely people. Helena Bonham Carter stars though so well worth checking out for anyone interested in period pieces. 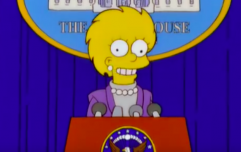 END_OF_DOCUMENT_TOKEN_TO_BE_REPLACED

It's almost been forgotten about, but we can't forget that the Simpsons movie was actually pretty good. Come on, it had a Spider Pig! Homer is on full form here as he accidentally infects Springfield's water supply causing the town to be encased in a gigantic dome. General fun ensues. 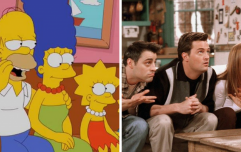 Do you know more about The Simpsons or Friends?

END_OF_DOCUMENT_TOKEN_TO_BE_REPLACED

Sure, it's not the greatest of the Will Ferrell films, but you will still get a good laugh out of this one. Step Brothers tells the story of two men who are forced to become housemates when their parents get married. Yes, they still live at home.

You WILL need the tissues for this one. A young boy, the son of a commander at a concentration camp during the Second World War befriends a Jewish boy from the camp. This will actually break your heart. 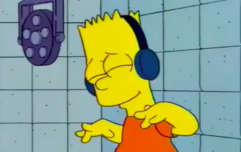 WATCH - This Iconic Irish Listening Test Has Had A Techno Makeover

END_OF_DOCUMENT_TOKEN_TO_BE_REPLACED

This is really where it all began. The first in the Bourne films really set up the story of the undercover spy who was on a mission to discover who he was and where he came from and just generally what the hell was going on?! Still brilliant, still beautiful, Bourne was the spy that James Bond always wanted to be. There, we said it.

It was the first film from Pixar and boy did it really put them on the map. Toy Story told the tale of a group of toys who belonged to Andy but, perhaps what we all dreamt when we were younger, these toys came alive when humans were not around. Everything is rosy in the garden and everyone knows their place, until a new toy comes along, the dreaded Buzz Lightyear.

Well, if you watched the first instalment last night, you might as well watch the sequel tonight and make it a Pixar weekend! One of the rare occasions when a sequel is just as good as the original, Toy Story 2 was just as funny with some brilliant new characters. Well worth another watch if you have already seen it.

popular
Wagatha Christie: Rebekah Vardy storms out of court just 30 minutes into final day
Only a matter of time before monkeypox spreads to Ireland, says expert
Claire Byrne Live viewers in shock as woman shares family DNA secret
Surprise! Ed Sheeran announces he and wife Cherry have welcomed baby #2
Why Are Men so Obsessed With Boobs? The Answer is Pretty Surprising...
This is the easiest way to determine you may have VIKING heritage
Here Are The Top 20 Most Common Pin Codes in The World
You may also like
3 months ago
John Travolta's Irish accent has to be heard to be believed
1 year ago
The new voice actor for Dr Hibbert on The Simpsons has been announced
1 year ago
The Simpsons writer Marc Wilmore passes away following Covid battle
1 year ago
The Simpsons predicts literal apocalypse if Trump wins election
2 years ago
Hank Azaria will no longer voice Apu on The Simpsons
2 years ago
Disney+ to fix Simpsons formatting after viewers complain about missing jokes
Next Page