Pride is here, and if you're looking for ways to celebrate, we've got you covered. From partying to painting to cruising on a boat, there is an abundance of events going down in Dublin this year.

Here are some that we're especially looking forward to. 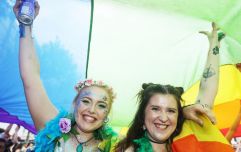 5 ways to support Pride in Ireland this month

END_OF_DOCUMENT_TOKEN_TO_BE_REPLACED

Easily the biggest event of the day will be the Dublin Pride parade which kicks off at 12pm in the Garden of Remembrance and then travels through the city before reaching Pride Village in Merrion Square where an afternoon of food, fun and free entertainment awaits. 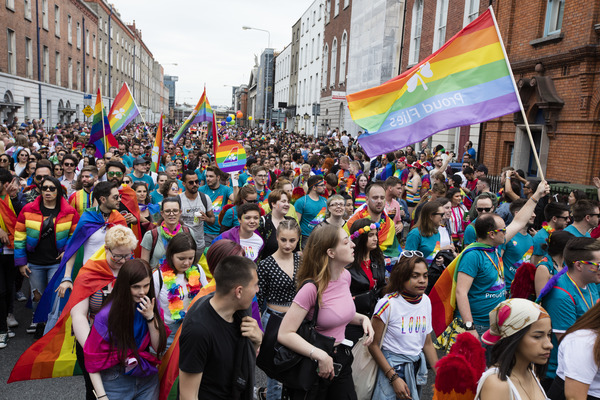 END_OF_DOCUMENT_TOKEN_TO_BE_REPLACED

Over the past few years, the Mother Pride Party has become a staple of Dublin Pride, and 2022 is no exception. Festivities kick off on Friday 24 June as Years & Years headline the opening party in Collins Barracks. Saturday and Sunday will see the Mother Block Party play host to an array of stars including Rina Sawayama, Le Boom, Peaches and Blu Hydrangea.

Two Dublin drag queens that know how to have a good time are Victoria Secret and Davina Devine. This Pride, they'll be getting the party going until late at Vicar Street Dublin, with a host of other drag queens and DJs providing tunes till late.

Ireland's most famous LGBT+ bar is an ideal spot to spend Pride. With world class DJs, delicious cocktails and plenty of space to dance, you're guaranteed a good time. Now, fair warning, it's likely to get jammers on Pride weekend, so get there early to secure your spot.

A post shared by The George Dublin | Gay Bar (@thegeorgedublin)

If you're partial to a bit of bingo, then get yourself to the Square Tallaght for this bingo event hosted by the fabulous Dublin drag queen Carrie DeWay on Thursday 23 June. As well as the classic game, you can expect spot prizes and live entertainment from Carrie herself. 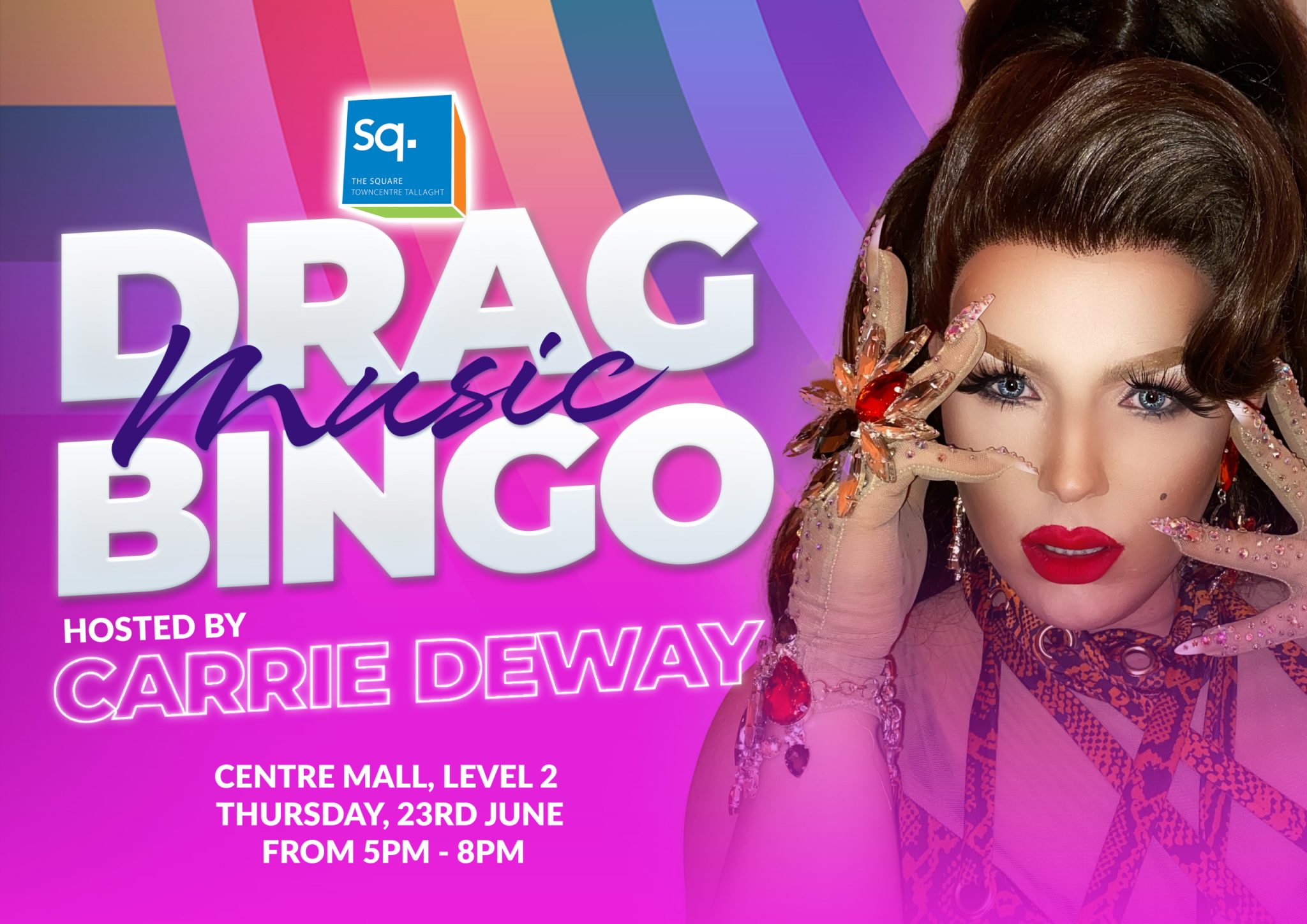 For the artists among us, Dublin Pride will be hosting a BYOB paint along in Taney Parish, Dundrum on 10 June. Tickets cost €30 per person, or a group of four can attend for €100. Money raised on the night will go towards the Equality for Children campaign. 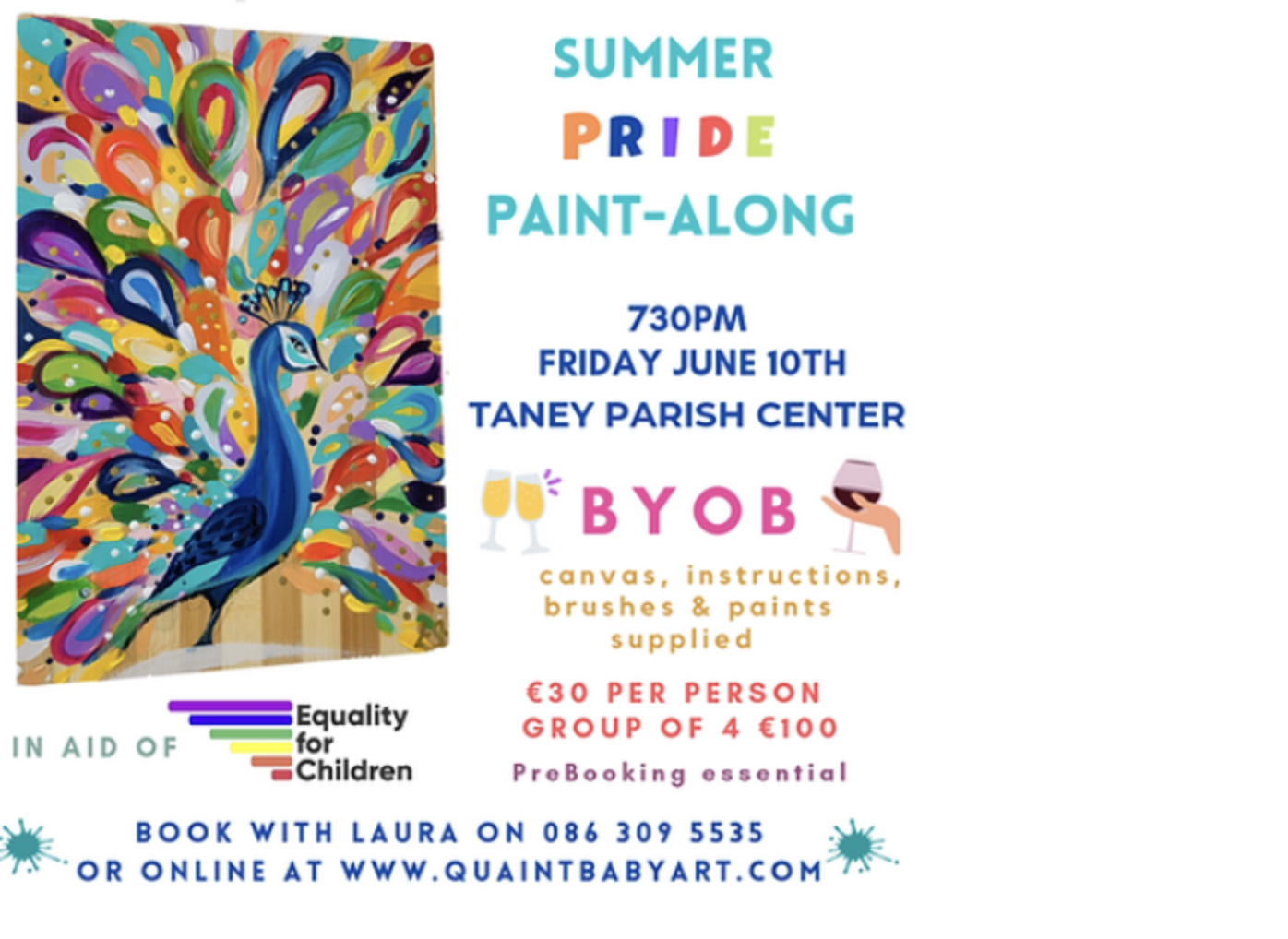 In the immortal words of Sally Bowles, "Life is a cabaret, old chum", and if this rings true for you, be sure to nab a ticket for Hijinx at A4 Sounds Studios on 17 June. Hosted by gender.rip, the evening will feature performances from 6 incredible trans and non-binary entertainers.

Fancy celebrating Pride as Gaelige? Get yourself down to Conradh na Gaelige on Harcourt Street on 18 June for a night of craic. As well as bingo and music, there will be a fashion ball, with categories including GAA Realness and a Sean-nós twist on Vogueing. 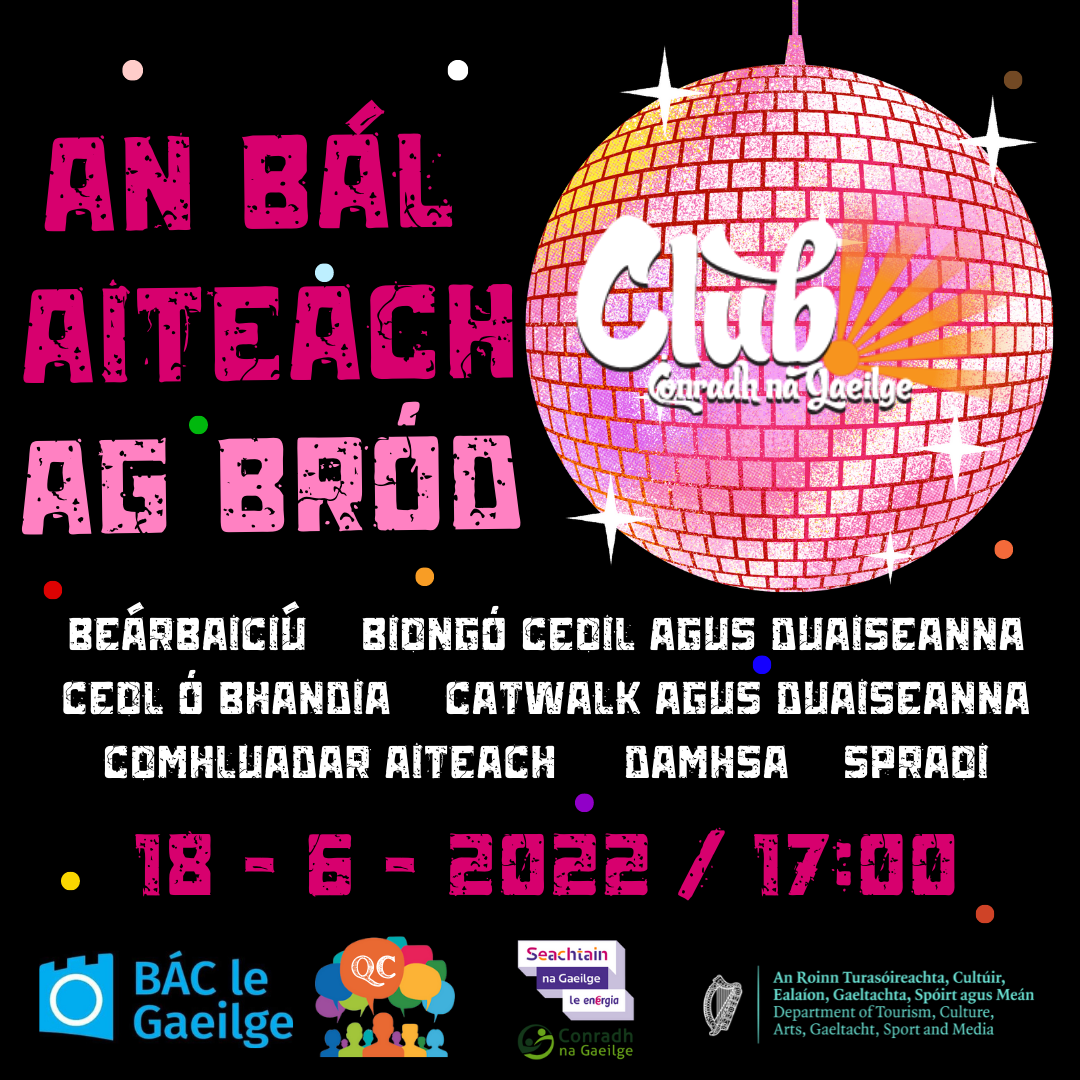 Dublin's newest LGBT+ event is GRÁ, which is housed by The Grand Social. The party kicks off on 22 June with live performances from drag Queens Dylan Jordan, Nikki Stones and Viper. 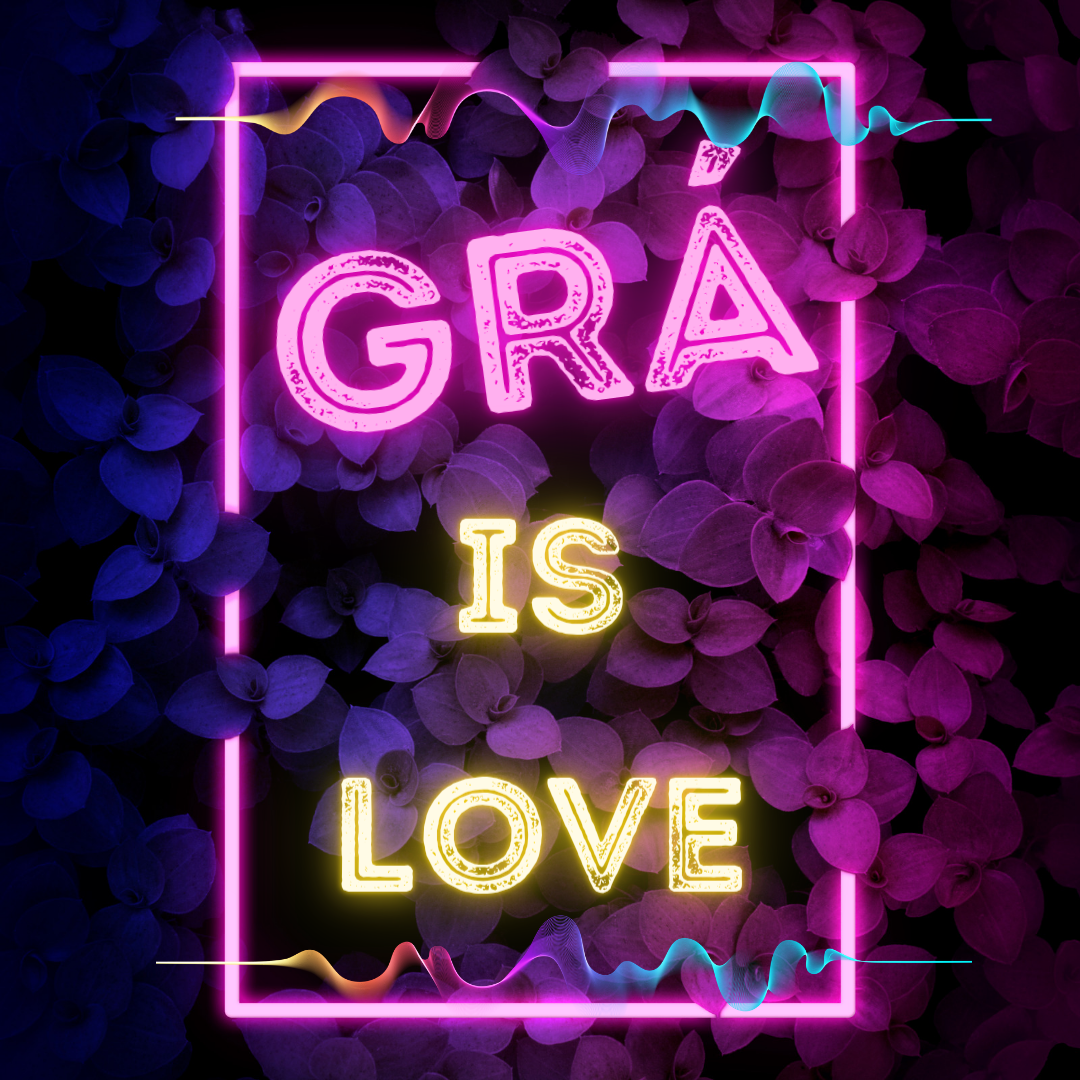 This cruise party sets sail from the East Wall Quays on 25 June, and party-goers can expect a full bar, live DJs and plenty of dancing once on board. 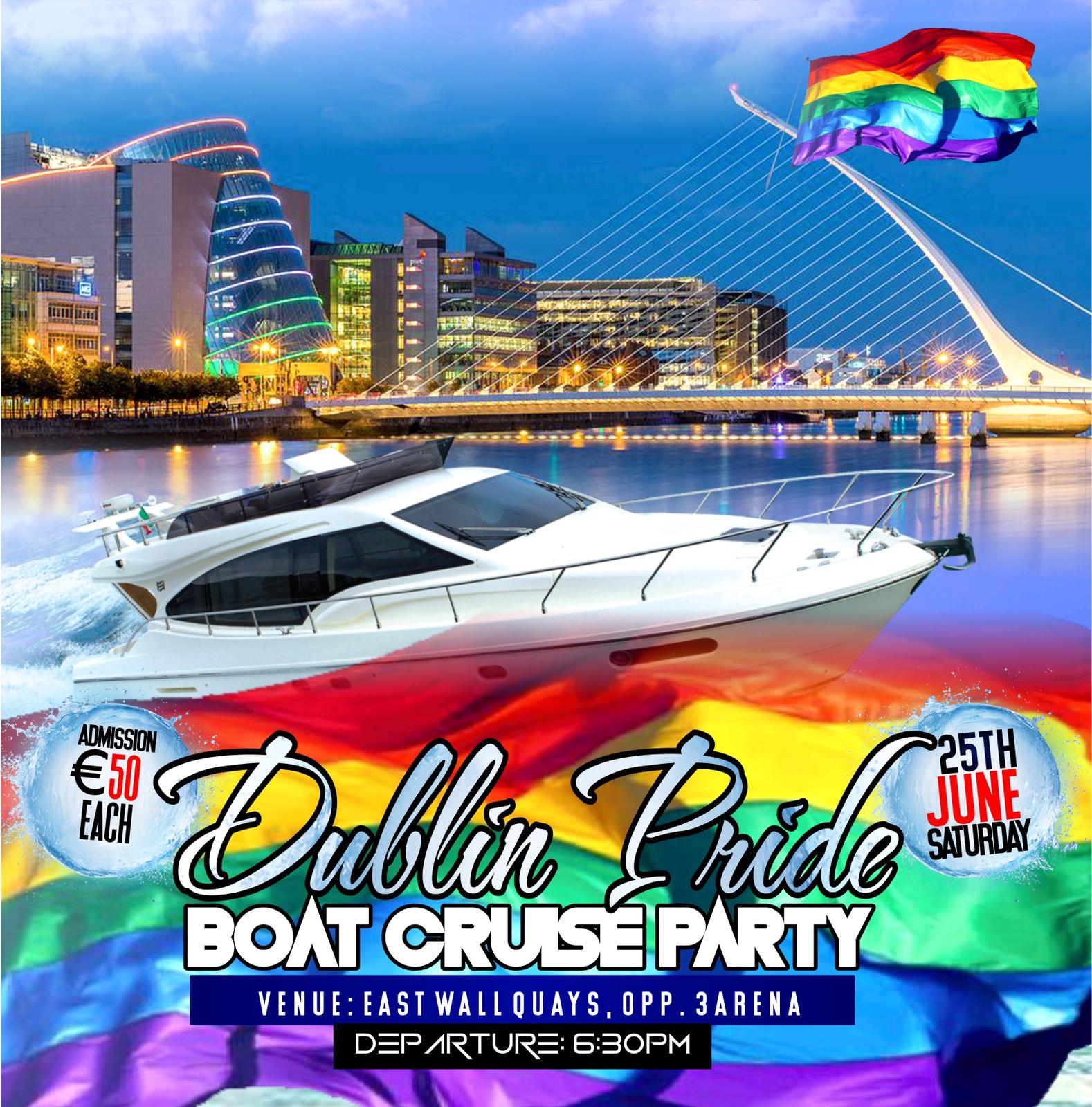 popular
Hollyoaks star Jorgie Porter has welcomed a baby boy
Fundraiser set up for boy attacked by pit bull in Wexford
Zendaya and Tom Holland are being flooded with rumours they're engaged
Ant and Dec open up on their real feelings about the 2022 I'm A Celeb cast
The trailer for Channel 4's Vardy V Rooney: A Courtroom Drama has dropped
Warning to Irish public over major rise in burglaries
Kylie Jenner shuts down claims she used her children to cover up for Balenciaga
You may also like
1 week ago
I'm A Celeb star Jill Scott discusses ‘sad’ truth about homosexuality in men’s football
2 weeks ago
A third of LGBTQ+ students have missed school because they don't feel safe
5 months ago
Dublin Pride terminate partnership with RTÉ following Liveline programmes on gender identity
5 months ago
Dublin City has been declared an LGBTIQ+ Freedom Zone
5 months ago
Rebel Wilson comes out and introduces her 'Disney Princess' partner
6 months ago
Footballer Jake Daniels applauded for coming out as gay
Next Page