A picture of a brick wall has gone viral because of its optical illusion. It seems like a normal enough red brick wall until you find out what's really happening in the photo.

It's one of those cases that when you see what's really there you won't unsee it again.

Have a look for yourself. See anything unusual in this photo?

You may think the optical illusion is the small stone in the centre and you're not entirely wrong. Except that's not a stone. 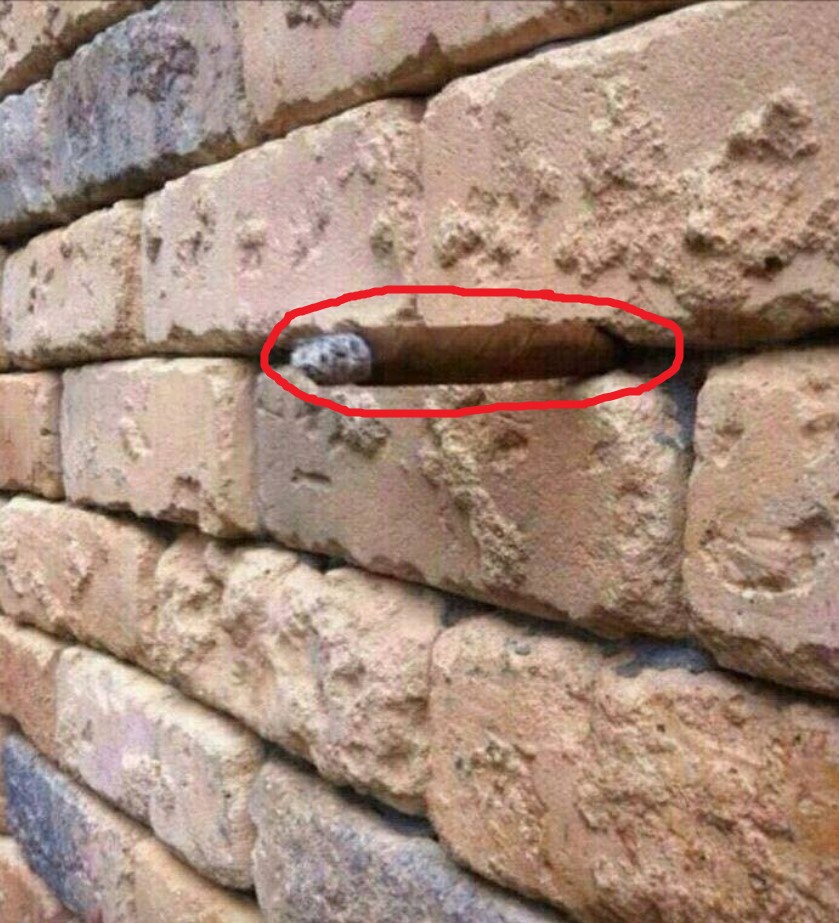 It's a brick wall with a cigar sticking out of it.

Now, I bet you can't look at that picture without seeing the cigar right?

popular
James Arthur says his relationship with this celeb made him a sex addict
Wagatha Christie: Rebekah Vardy storms out of court just 30 minutes into final day
Fashion house Dolce & Gabbana is 'sponsoring' Kourtney and Travis' Italian wedding
'She was always in awe of celebrity' – Rebekah Vardy's ex-husband speaks out
A Full Time Job - The List of Tasks Mothers Carry Out Every Day
Rebel Wilson claims male co-star sexually harrassed her
Why Are Men so Obsessed With Boobs? The Answer is Pretty Surprising...
You may also like
1 week ago
A couple in India has sued their son for over €600,000 for not giving them a grandchild
1 week ago
Woman shares genius hack for making any bra backless
1 week ago
TikToker's code hack for buying cheaper clothes online goes viral
2 weeks ago
'Coastal grandmother' is the viral 2022 fashion vibe you did not see coming
4 weeks ago
Women are sharing pictures of their saggy boobs on social media – and here's why
1 month ago
"That money could have saved lives elsewhere" – social media reacts to Brooklyn and Nicola's wedding
Next Page